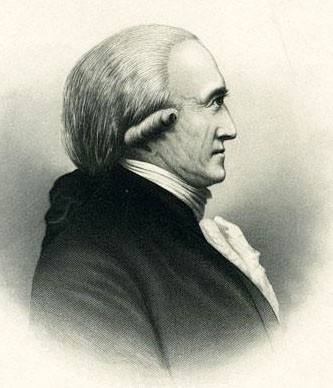 Benjamin Hawkins, Revolutionary soldier, U.S. senator, and Indian agent, was born at Pleasant Hill plantation in present Vance County, one of four sons of Philemon and Delia Martin Hawkins. All of the sons served as colonels in the American Revolution. Benjamin Hawkins was educated at the College of New Jersey (now Princeton University). When the Revolution began he joined the staff of General George Washington; his fluency in French earned him an appointment as interpreter between Washington and the French allies. He fought in the Battle of Monmouth and other engagements, and was an original member of the Society of the Cincinnati, formed in 1783 by officers of the Continental Army.

Hawkins served in the North Carolina General Assembly in 1778 and 1784, and acted for the state as commercial agent in Holland, France, and Spain during the Revolution. In 1781–82 and 1786–87, he was a member of the Continental Congress. He was present at Annapolis when Washington resigned his commission as commander-in-chief. In 1785, Hawkins was appointed to a commission to negotiate with the Cherokees and all Indians south of them in the United States.

With Samuel Johnston, Hawkins was elected the first U.S. senator from North Carolina under the Constitution, and he served in the first three congresses from 1789 to 1794. At the close of his senatorial term, Hawkins was appointed by President Washington as Indian agent for the three great Indian tribes and all other Indians south of the Ohio River. He assumed these duties at Fort Hawkins, Ga., in December 1796 and remained in the post until his death twenty years later. His "Sketch of the Creek Country" was published in the Georgia Historical Society Collections, volume 3 (1848), and his letters appeared in volume 9 (1916).

In 1789, the General Assembly elected Hawkins to the first board of trustees of The University of North Carolina; he served diligently until he left the state in 1798. He also was a delegate to the 1789 constitutional convention. Hawkins was a member of the Anglican (later Episcopal) church.

Once established in the Indian territory as agent, he took a common-law wife, Lavinia Downs of Georgia; they had one son, James Madison Hawkins, and four daughters. Four years before his death, when Hawkins thought he was fatally ill, he and Lavinia Downs were married. He died in Georgia and was buried in Crawford County.