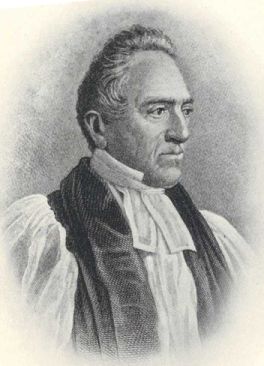 At the Tarboro Convention in May 1794, a constitution for the Diocese of North Carolina was approved, and Charles Pettigrew was elected bishop of the diocese. (He was never consecrated but remained bishop-elect until his death in 1807.) Formal organization of the Protestant Episcopal Church in North Carolina took place in New Bern in April 1817, and John Stark Ravenscroft became the diocese's first official bishop in 1823. He served until his death in 1830 and was followed by Levi Silliman Ives (1831-53). Ives's episcopate saw the establishment of the Episcopal School (1833) and Saint Mary's School (1842) in Raleigh and Valle Crucis Mission (1842) in Watauga County. However, Ives's leanings toward Roman Catholicism created dissension within the church, and in May 1853, in a letter written from Rome, he renounced his commission and became a Roman Catholic.

During the tenure of the state's third Episcopal bishop, Thomas Atkinson (1853-81), the separation of the southern dioceses from the national church led to formation of the Protestant Episcopal Church in the Confederate States of America, which the North Carolina church joined in May 1862. Atkinson's term also saw the founding of the Ravenscroft School for Boys at Asheville (1856), the Protestant Episcopal Church Publishing Association in Charlotte (1864), St. Augustine's Normal School and Collegiate Institute at Raleigh (1867), St. Peter's Home and Hospital in Charlotte (1876), and John's Guild of the Church of the Good Shepherd, Raleigh's first public hospital (1878).

Also in the 1960s the Episcopal Church took a strong stand against the Vietnam War and promoted civil rights and feminism. The ordination of women as Episcopal priests, starting in 1976, caused further rifts within the church. In 1989 in Massachusetts, Barbara Harris, an African American, became the first woman bishop, breaking a 400-year tradition of the worldwide Anglican Communion. Meanwhile, the church increasingly reached out to blacks and Native Americans and later to Latino and Asian minorities. In 1998 the national Episcopal Church launched a campaign to double church membership by the year 2020.

Still another divisive element was the church's growing acceptance of homosexuality, which by the early 2000s had reached a crisis point: some dissenting members reduced or withheld their financial contributions, while others moved to like-minded congregations or left the Episcopal Church entirely. Much of the dissidence was fueled by the 5 Aug. 2003 vote by the church's General Convention to confirm as bishop V. Gene Robinson, an openly practicing homosexual. The same convention also voted to allow individual Episcopal dioceses to continue deciding whether to bless same-sex unions. These actions represented a shift away from traditional Episcopal Church policy, which had deemed homosexual behavior a sin. Bishop Michael B. Curry of the North Carolina Diocese, who in July 2004 authorized same-sex blessings in the state as "one way our community can live the Gospel through faithful and loving pastoral care and spiritual support for each other," was among the bishops who voted for Robinson's confirmation.

Despite these internal conflicts, the Episcopal Church has joined other Anglican churches in the movement for church unity for over 100 years. This movement has been predicated on a return to the "principles of Unity exemplified by the undivided Catholic Church during the first period" of its existence. To this end, the Lambeth conferences, worldwide meetings of Anglican and Episcopalian bishops, are held from time to time at Lambeth Palace, the London residence of Great Britain's archbishop of Canterbury.

By the early 2000s there were approximately 43,000 communicants of the Episcopal Church in North Carolina, divided into the Eastern, North Carolina, and Western Dioceses. A large percentage of the state's Episcopalians lived in the northeastern counties, the Piedmont cities of Raleigh, Durham, Greensboro, Winston-Salem, and Charlotte, and in the greater Wilmington area. Each of the three dioceses in North Carolina published a diocesan newspaper.