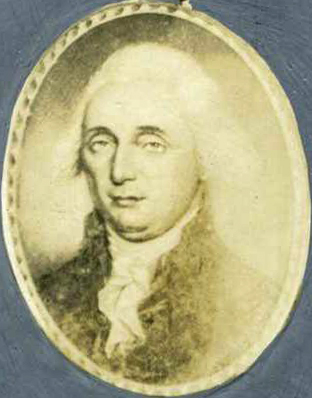 Samuel Johnston, Revolutionary War leader, governor, U.S. senator, judge, attorney, and planter, was born in Dundee, Scotland, the son of Samuel and Helen Scrymsoure Johnston. His uncle, Gabriel Johnston, who came to North Carolina in 1734 as royal governor, brought the elder Samuel and family to the colony sometime after March 1735. They resided at Poplar Spring Plantation on the main road between New Bern and Wilmington, in Onslow County, until the death of Samuel's father in October 1757. Young Johnston received his formal education at Yale but did not stay long enough to graduate; instead, he moved to Edenton in the fall of 1753 to read law under Thomas Barker.

In May 1755 Johnston was appointed clerk of the Court of Oyer and Terminer and General Gaol Delivery for the Edenton district, and in November 1756 he was licensed as an attorney. In 1759 he was elected to the Assembly, where he served without interruption until 1775, thus commencing almost fifty years of public service to his state and to the nation. In the spring of 1765 he bought Hayes Plantation, Edenton, where he and his family lived for about thirty years.

In 1770 Johnston purchased the post of deputy naval officer of the colony and served until November 1775. In the December 1770 session of the Assembly he sponsored a bill for punishing the Regulators who, he felt, were disturbing the peace by rioting against the legal authority of the colony's government. If the rioters did not turn themselves in, they were to be declared outlaws and liable to be shot on sight. This extremely harsh bill, which applied only to the Regulators and only for a limited time, became known to posterity as the "Johnston Act." Within five years, the man who introduced this legislation was a leader of North Carolina's revolt against royal authority.

Besides his usual committee assignments during each session of the Assembly, in December 1773 Johnston was named to the new Standing Committee of Correspondence and Enquiry. Its twofold purpose was to keep abreast of all Parliamentary proceedings affecting the American colonies and to correspond with the colonies regarding these proceedings. 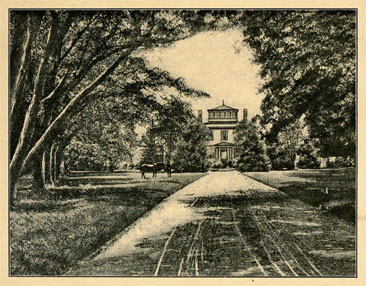 A member of the First and Second Provincial Congresses, Johnston was named by both to take over and set the time of the next meeting in case Moderator John Harvey became incapacitated between assemblies. After Harvey died in May 1775, Johnston convened the Third Provincial Congress in August, at which time he was elected president of the Congress as well as treasurer of the Northern (Granville) District. On 9 September he was elected member-at-large of the Provincial Council, which was to govern the colony between congresses. From the end of May, when royal governor Josiah Martin fled from the palace in New Bern, until the middle of October, when Cornelius Harnett became chairman of the Provincial Council, Johnston was head of all government in North Carolina, the first nonroyal governor in function, if not in title. On 20 October the Council appointed him paymaster of troops for the Edenton district. When the Fourth Provincial Congress met on 4 Apr. 1776, Johnston was again chosen president.

In October 1776 Johnston received his first and only defeat at the polls when he sought election to the Provincial Congress, but he was not allowed to retire from public service. He was present at the Fifth Provincial Congress in December in his capacity as treasurer of the Northern District, and was kept informed and was consulted by the committee drawing up the state constitution. He was named by this congress to a legal commission to review the royal statues worthy of being retained. In May 1777 the new congress reappointed him treasurer of the Northern District, but he declined the office. In 1779 he was returned to the legislature as state senator from Chowan County.

On 30 Apr. 1780 Johnston was chosen as one of North Carolina's delegates to the Continental Congress, but because of illness he did not arrive in Philadelphia until December. His attendance was faithful thereafter, and he was reelected for another term in July 1781 although he frequently asked to be relieved so he could return home to take care of his family and business. On 9 July 1781, according to the Journal of the Continental Congress, Johnston was elected president of that body. The entry for the next day states that he declined to accept the honor. He left Philadelphia on 12 July, and fellow delegate William Sharpe lamented the departure of "so able a representative and of so judicious and very agreeable [a] colleague."

In 1783 and 1784 Johnston served again as state senator from Chowan County. In June 1785 he was asked by the commissioners of New York and Massachusetts to serve as one of the judges in their boundary dispute. He accepted and thus helped to determine the present line between those two states.

Since his purchase of Hayes Plantation in 1765, Johnston divided his time between overseeing farming operations on his, and later his wife's, several plantations, and practicing law whenever he was not away on official public duties. He and his brother-in-law James Iredell frequently traveled the court circuits together on horseback. After the peace treaty was signed, Johnston was asked many times to recover Loyalist property that had been confiscated and sold by the state. One such case was Bayard v. Singleton, for which Johnston, Iredell, and William R. Davie were attorneys for the plaintiff. Although they lost (November 1787), the trial established the right of judicial review sixteen years before John Marshall's decision in Marbury v. Madison (1803). Because of this and similar cases, Johnston considered himself one of the most unpopular men in the North Carolina at that time and refused to run in the 1787 elections.

In Tarboro, where the Assembly was sitting, the state's Masons were also meeting for the purpose of reviving the Grand Lodge, which had been defunct since the break with England. On 11 Dec. 1787, Johnston was elected North Carolina's first Grand Master—there had only been Deputy Grand Masters until the American Revolution. Two days later the legislature unanimously elected Johnston governor on the first ballot, though he was not even a member of the legislature that year.

On 21 July 1788, the first convention was held at Hillsborough to consider ratification of the new federal Constitution. Johnston, leader of North Carolina's Federalists, was elected president unanimously although the Anti-Federalists controlled the convention. The delegates decided not to ratify at that time, and Johnston became a leader in the fight to have a second convention called for by the people. On 11 November of the same year he was reelected governor.

The second ratification convention was planned to meet simultaneously with the November 1789 legislature at Fayetteville. On the fourteenth Johnston was elected governor for the third time, and two days later he was unanimously elected president of the second ratification convention. On 21 November the delegates moved that North Carolina ratify the Constitution, the convention was disbanded, and the legislature resumed its business.

On the first ballot on 27 Nov. 1789, Samuel Johnston was elected North Carolina's first U.S. senator. He drew the short term and resigned his office of governor, arriving in New York early in the new year to assume his senatorial duties. When his term was completed, he returned home and moved his family from Edenton to the relatively higher and healthier area of Williamston, Martin County, where he had a farm and home he named the Hermitage. Johnston accepted an appointment as Superior Court judge and served from 1800 to 1813. Now seventy years old, he refused any more public offices.

On 29 May 1770 Johnston married Frances Cathcart, the daughter of his friend Dr. William Cathcart. She died at the Hermitage on 23 Jan. 1801. They had nine children, four of whom died before their second birthdays and one before he was six. The four who reached maturity were Penelope (m. John Swann), James Cathcart, Frances, and Helen. Johnston's only grandchild, Samuel Johnston Swann, died in childhood.

Johnston was a member of St. Paul's Church (Anglican), Edenton, where he served on the vestry (27 Apr. 1767–April 1776) and as church warden (30 Apr. 1768–16 Apr. 1770). Active in the founding of The University of North Carolina, he was the first trustee to be elected (1789). He often visited the school and was especially proud of the students in their public examinations at graduation. Johnston was buried in the family graveyard at Hayes Plantation, Edenton.

Of dignified mien and unquestionable integrity, Johnston was trusted by the electorate which turned to him again and again for leadership—first under royal rule, then in time of crisis during the Revolution, under the Articles of Confederation, and under the new federal government. The people felt that he was above political faction. Many of the state's political leaders esteemed him as their personal friend.

The only documented likeness of Samuel Johnston is an ivory miniature painted by Charles Wilson Peale, which is in the possession of the Reverend Charles E. Johnson. The portrait in the capitol in Raleigh, about which nothing is known, appears to have been copied from this miniature because of the similarity of the two paintings.