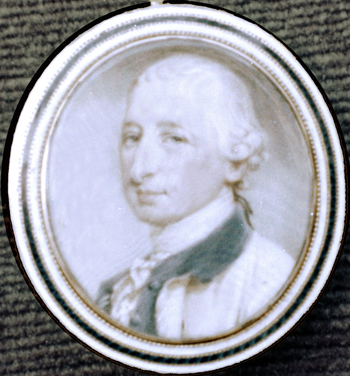 Josiah Martin, last royal governor of North Carolina, was born in Dublin, Ireland, the son of Colonel Samuel and Sarah Wyke Irish Martin of Greencastle, Antigua, West Indies. He was a scion of the eminent Anglo-Irish branch of the Martin family that was forced to flee Cromwell's wrath when he conquered Ireland. The Martins belonged to the country gentry class that had helped staff British imperial and provincial agencies since the sixteenth century. Through marriage alliances and careful investment, the family acquired estates and plantations in the British Isles, the islands of the Caribbean, and North America. Josiah and his six brothers received their training through tutors, preparatory schools, universities, and the inns of court. They were members of the Church of England.

Young Josiah was molded by his astute and loving father and his older half brother, Samuel, Jr., MP, sometime secretary of the Treasury, treasurer to the dowager princess of Wales (the mother of George III), and friend of Lord Bute and Hogarth. Samuel was a great expediter of his younger brothers' careers.

Overcoming his father's objections, Josiah Martin entered the army as an ensign in the Fourth Foot Regiment in 1756 and rose to the rank of lieutenant colonel in the Twenty-second Regiment of Foot, afterwards called Gage's Regiment. Because of financial and health problems, he sold his commission in 1769. In January 1761 he married his cousin, Elizabeth, the daughter of Josiah Martin at whose estate, Rockhall, on Long Island, the young couple resided at various times.

After failing to advance himself in the army, Martin enlisted the aid of both his father and his brother Samuel in seeking a position in one of the imperial or provincial agencies. Samuel's efforts to secure a prestigious position for his younger brother began to bear fruit in 1770, when the governors of New York and Virginia died. Lord Hillsborough, the secretary of the colonies and a close friend of Samuel, reshuffled the governorships of the thirteen colonies. Hillsborough transferred William Tryon to New York and appointed Josiah Martin governor of North Carolina. Delayed by ill health and a series of operations, Martin conferred with Tryon in New York and in July 1771 sailed for New Bern, N.C., where he took the oath of office before the Council on 12 August. 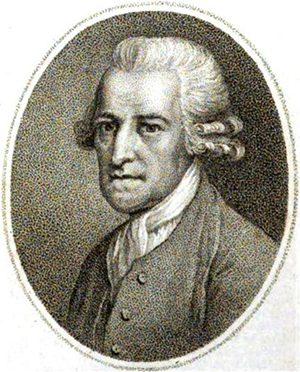 The young governor was an amiable, personable, intelligent, and hardworking man. Favorable reports to some of the North Carolina leaders preceded his arrival in New Bern. Tryon's legacy to Martin involved five major problems: the fiscal and psychological effects of the War of the Regulation; the unsettled and expensive dispute between the Carolinas about their mutual boundary line; the struggle over the court law bills and the judiciary, especially the attachment of the property of debtors who had never been in the province; "the old quorum trouble" in the house, which caused a conflict between the house and the governor; and the dispute over the selection of the chief personnel of the provincial government by the Crown rather than through the Assembly.

The conflict between the Assembly and the royal prerogative as exercised by the governor lay at the root of North Carolina's difficulties. This controversy reappeared in 1771, when the Assembly discontinued the sinking-fund tax. Martin disallowed the bill as illegal. The house then instructed the sheriffs regarding noncollection of the poll taxes for the fund. Martin issued a proclamation reminding the sheriffs that the bonds they had posted (or at least signed for) when they took office would have to be forfeited to cover the amount they did not collect. The governor won his first skirmish with the Assembly, but the legislature continued the controversy over the collection of taxes throughout his administration.

The experience with the Debenture Bill of 1771 to finance the Regulator war was a more satisfying one for both the governor and the Assembly. The county oligarchs, including many of the assemblymen, were paid for their military service in crushing the Regulators.

The remaining four problems were never satisfactorily resolved, because the house insisted on establishing control over its internal proceedings and usurping the royal prerogative. Of the four problems, the most fateful one for Martin as well as the radical leaders was the foreign attachment law issue, which deprived North Carolina of its courts and left the province defenseless. The Assembly, dominated by a coalition of eastern merchants and planters with western Presbyterian leaders, would pass no new court law without the foreign attachment clause. The Crown's ministers instructed Martin not to give his assent to a law containing the clause. When the old court law expired in 1773, the judicial system in the colony collapsed. Martin created criminal courts through his commission as governor, but the Assembly in December refused to appropriate funds for their operation.

The 1773 attachment crisis revived the old court quarrel between the governor and the Assembly and swept on to become one of the major reasons for the revolution in North Carolina. Once the radicals saw that they could manipulate the rest of the colonists through the propaganda that the king and the governor were intent upon bending them to their will, the radicals embarked on a program for revolution. The speaker of the house, John Harvey, defied the governor when he convened at New Bern in August 1774 a revolutionary Provincial Congress that elected delegates to the first Continental Congress and began a system of county committees of safety, which gradually usurped the royal government as the source of authority.

With his authority and influence dissipated, Martin sent his wife and children by ship to his uncle's estate, Rockhall, on Long Island, for safety. On the evening of 29 May 1775 Martin and his friend Archibald Neilson rode in the governor's coach through open country to Cross Creek and then down the Cape Fear River to Fort Johnston near Wilmington. They arrived on 2 June.

Using the fort as his headquarters, Martin summoned the royal Council to meet with him and assess the situation. The Wilmington Committee of Safety kept close watch on Martin's activities and began to draw an intelligence net around the fort, screening his visitors and mail. At the fort, he formulated a plan for subjugating the southern colonies which was approved by the British government. Martin ordered the artillery of the fort to be dismantled and placed along the shore under the protection of the Cruizer 's guns. With the disarming of the fort and the transfer of his headquarters to the Cruizer, Martin foiled the plans of the radicals to capture the fort and himself. He watched the radicals burn the fort, but he refused to give the order to discharge the Cruizer 's guns because he did not wish to fire on the colonists.

Martin had interviewed and corresponded with various Highland Scots in North Carolina who were loyal to the Crown. They were receptive to the governor's plan to regain control of the province. The plan was that the Highlanders would raise the king's standard at Cross Creek and march to Wilmington, where British troops and the navy would meet them. However, the troops and the navy were delayed by red tape and storms. When the Highlanders marched towards Wilmington, they were defeated by a Patriot army at Moore's Creek Bridge on 27 Feb. 1776. 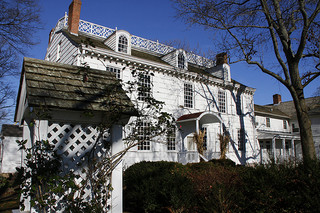 In May Martin departed with the British for an attack on Charles Town; that summer he returned to Rockhall to care for his family. In 1779 he accepted Sir Henry Clinton's invitation to join him in the expedition against South Carolina, where he served with Lord Charles Cornwallis, who praised him for his advice and bravery as a volunteer. In April 1781 Martin accompanied Cornwallis to Wilmington and from there sailed for New York to receive medical attention and to care for his motherless family; his wife Elizabeth had died in October 1778.

Seeking expert medical attention, Martin took his family to London, where he resigned his governorship and devoted his time to his children and to arguing cases for the North Carolina Loyalists before the American Loyalist Claims Commission. He was granted partial compensation for his confiscated North Carolina property and received a pension for his loyal services. He died ten days before his forty-ninth birthday and was buried in the cemetery of his parish church, St. George's in Hanover Square. Martin died faithful to the Crown but frustrated because he could not return to North Carolina and govern the people whom he had come to know and like.