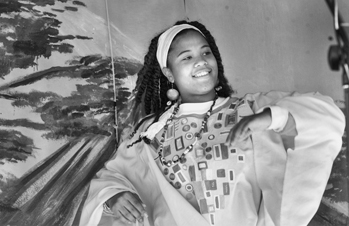 The 1960s saw the end of legal segregation in North Carolina and every other state, but most blacks still experienced deep racial prejudice in many aspects of their lives. Given this frustration, militant activities often replaced nonviolent political strategies. A notable example was the firebombing of a grocery store in Wilmington in 1972 and the subsequent trial of the so-called Wilmington Ten. From the 1970s on, however, black political power grew both locallyand nationally. Between 1970 and 1997, 506 black North Carolinians served as county commissioners, school board members, mayors, state legislators, and judges; two African Americans—Eva Clayton in the First Congressional District and Mel Watt in the Twelfth—won seats in the U.S. House of Representatives. Henry E. Frye was appointed to the Supreme Court of North Carolina in 1983 and became chief justice in 1999. Ralph Campbell Jr. was elected state auditor in 1992, 1996, and 2000, and former Charlotte mayor Harvey Gantt ran as the Democratic candidate for U.S. senator against incumbent Republican Jesse Helms in 1990 and 1996 (Gantt lost the races by 52 to 48 percent and 53 to 47 percent margins, respectively).

Between 1876, when the Star of Zion, the organ of the African Methodist Episcopal Zion Church, first appeared in Salisbury, and 1995, more than 250 African American newspapers were published in North Carolina. In the early 2000s there were 16 black papers in the state, including the Asheville Advocate (since 1987), Charlotte Post (1918), Carolina Times (Durham, 1919), Fayetteville Press (1987), Iredell County News (1980), and Winston-Salem Chronicle (1947).

In 2006 African Americans comprised about 22 percent of the North Carolina population. Economically, they made impressive if erratic progress in the late twentieth and early twenty-first centuries—although their per capita income remained well behind that of whites and their poverty level was significantly higher. Increasingly, black youths have attended four-year colleges. The number of blacks in all professions, including medicine, dentistry, and law, has continued to rise, and successful African American businesses have grown in number. According to the June 2000 issue of Black Enterprise, 10 of the nation’s largest black firms were headquartered in North Carolina: 2 companies in the industrial/service category, 4 automobile dealers, 2 banks, an insurance company (North Carolina Mutual Life Insurance Company), and an affiliated asset management firm (NCM Capital Management Group, Inc.). Hundreds of other smaller black enterprises existed among the approximately 2,000 minority businesses statewide.