The Albany Plan of Union

As tensions over land in North America grew between England and France, the British Government ordered the colonial governments to convene in 1754 in an effort to establish a treaty between the Iroquois Confederation and the colonies. This meeting, known as the Albany Congress, was attended by commissioners from Connecticut, Massachusetts, Maryland, New Hampshire, New York, Pennsylvania, and Rhode Island. There, officials discussed the policies to inform native-colonial relations, but also intercolonial cooperation and a more centralized colonial government. Out of this congress came a proposal, called the Albany Plan of Union, which was supported by the members of the congress, but ultimately rejected by King George II and the leadership of individual colonies. While the plan was not actualized, it was the first conception of a unified government between the colonies. Read the Albany Plan of Union below.

It is proposed that humble application be made for an act of Parliament of Great Britain, by virtue of which one general government may be formed in America, including all the said colonies, within and under which government each colony may retain its present constitution, except in the particulars wherein a change may be directed by the said act, as hereafter follows. 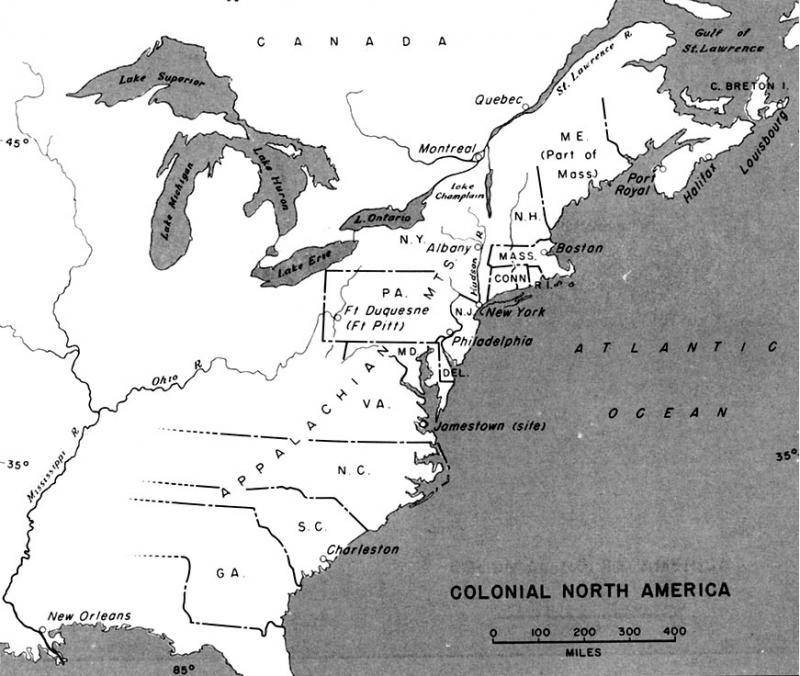 This map shows the boundaries of the British North American colonies as they existed in 1754. Twelve colonies, listed below, participated in the proposal of the Albany Plan of Union.