The Assassination of Abraham Lincoln

On the evening of April 14, 1865, while attending a special performance of the comedy, "Our American Cousin," President Abraham Lincoln was shot. Accompanying him at Ford's Theater that night were his wife, Mary Todd Lincoln, a twenty-eight year-old officer named Major Henry R. Rathbone, and Rathbone's fiancee, Clara Harris. After the play was in progress, a figure with a drawn derringer pistol stepped into the presidential box, aimed, and fired. The president slumped forward.

The assassin, John Wilkes Booth, dropped the pistol and waved a dagger. Rathbone lunged at him, and though slashed in the arm, forced the killer to the railing. Booth leapt from the balcony and caught the spur of his left boot on a flag draped over the rail, and shattered a bone in his leg on landing. Though injured, he rushed out the back door, and disappeared into the night on horseback.

A doctor in the audience immediately went upstairs to the box. The bullet had entered through Lincoln's left ear and lodged behind his right eye. He was paralyzed and barely breathing. He was carried across Tenth Street, to a boarding-house opposite the theater, but the doctors' best efforts failed. Nine hours later, at 7:22 AM on April 15th, Lincoln died.

At almost the same moment Booth fired the fatal shot, his accomplice, Lewis Paine, attacked Lincoln's Secretary of State, William Henry Seward. Seward lay in bed, recovering from a carriage accident. Paine entered the mansion, claiming to have a delivery of medicine from the Secretary's doctor. Seward's son, Frederick, was brutally beaten while trying to keep Paine from his father's door. Paine slashed the Secretary's throat twice, then fought his way past Seward's son Augustus, an attending hospital corps veteran, and a State Department messenger.

Paine escaped into the night, believing his deed complete. However, a metal surgical collar saved Seward from certain death. The Secretary lived another seven years, during which he retained his seat with the Johnson administration and purchased Alaska from Russia in 1867.

There were at least four conspirators in addition to Booth involved in the mayhem. Booth was shot and captured while hiding in a barn near Bowling Green, Virginia, and died later the same day, April 26, 1865. Four co-conspirators, Paine, George Atzerodt, David Herold, and Mary Surratt, were hanged at the gallows of the Old Penitentiary, on the site of present-day Fort McNair, on July 7, 1865.

From introductory material to the Abraham Lincoln Papers.

The assassin, John Wilkes Booth, dropped the pistol and waved a dagger." data-share-imageurl=""> 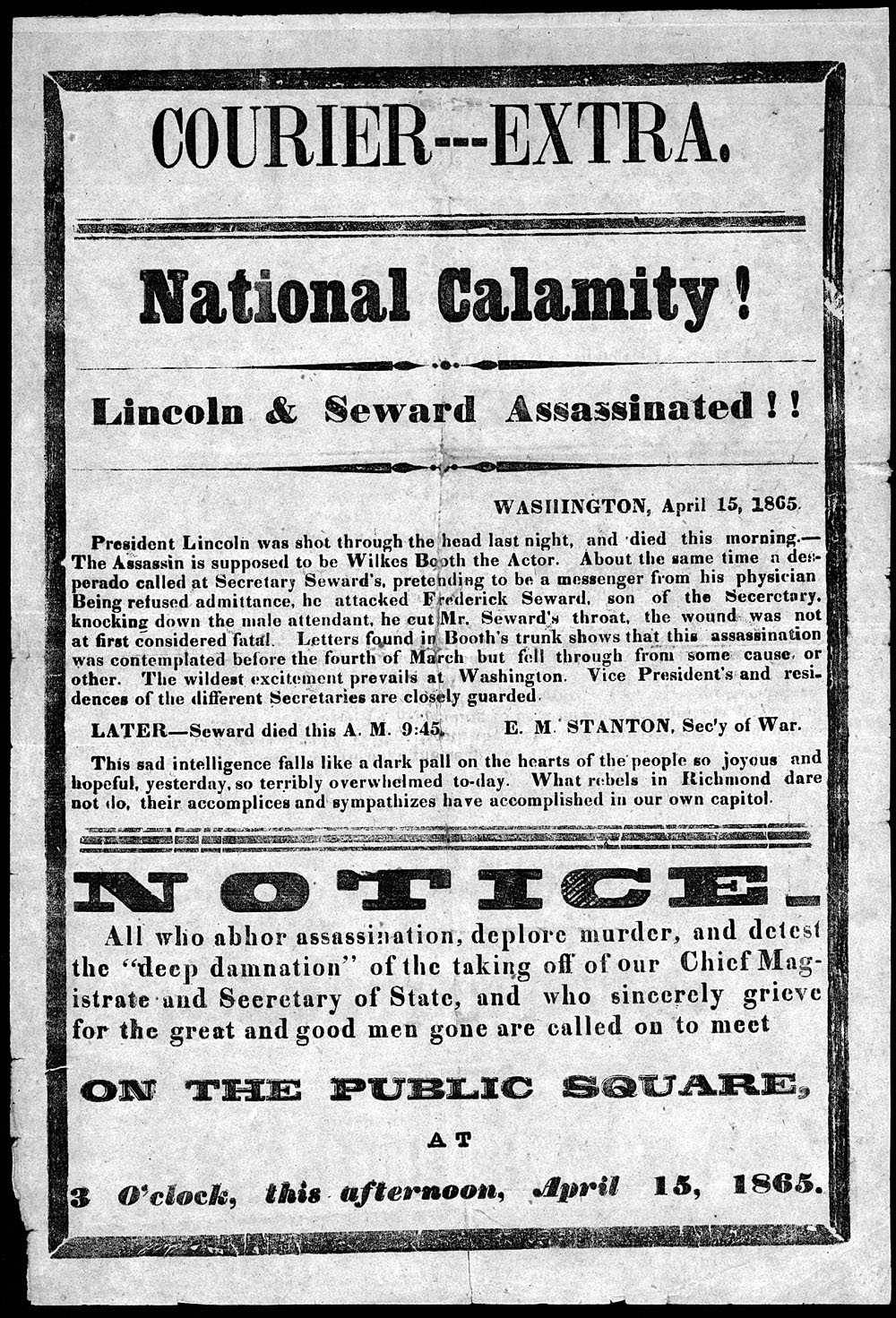 This broadside announcing the assassination of Abraham Lincoln was published before it was known that Secretary of State William Seward had survived. 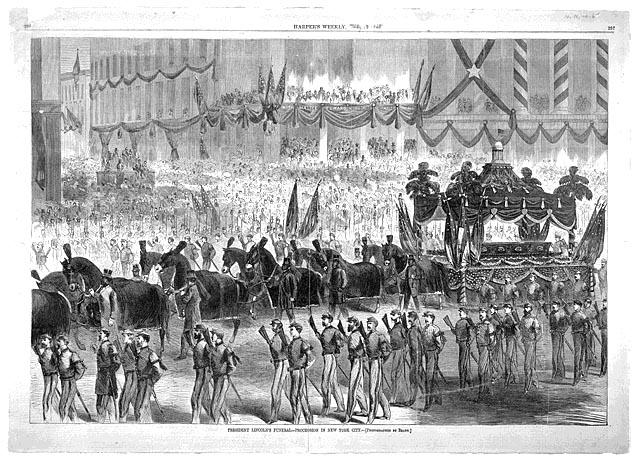