Lottie Hawkins was born in 1883 in Henderson, N.C. In 1888 her family moved to Cambridge, Massachusetts. Lottie was a leader in her church and went to the Cambridge English High School, where she changed her name to Charlotte Eugenia Hawkins upon graduating. In 1900, Charlotte met Alice Freeman Palmer, president of famous Wellesley College. Soon Charlotte entered college to train as a teacher at the State Normal School of Salem, Massachusetts. Mrs. Palmer paid her expenses.

In 1901, Miss Hawkins, only 18 years old, accepted a job teaching at a school for African-Americans run by the religious American Missionary Association (AMA) in a rural community near McLeansville outside of Greensboro, NC. She was able to make many improvements at the school, struggling against the tradition of inadequate public education at that time. The school closed at the end of term in the spring of 1902 because the AMA decided to put more money into its colleges and training schools. Inspired by the community’s pleas to keep the school open, Hawkins returned to New England that summer to raise money by singing at beach resorts and speaking at churches. Mrs. Palmer introduced her to several wealthy individuals who donated to the school.

Helped by local African Americans and Northern white friends, Hawkins re-opened the rural school in October 1902 in a converted blacksmith’s shop. The roof leaked, and there was not much money for books and food. Mrs. Palmer died in December 1902, and the next year, Hawkins named the school the Alice Freeman Palmer Memorial Institute in her honor. Hawkins traveled north to raise funds each summer. Soon, the first classroom building was started and the first three students graduated. Helen Kimball, of Brookline, Massachusetts, gave land for a school farm to grow food and teach farming. Before long there were four new wooden buildings, all but one of which students helped to construct. Many of the Northern white donors at this time heavily supported the domestic and industrial training curriculum of PMI. They also encouraged Hawkins to continue to teach basic manners and religion and to maintain strict discipline. By 1916, the school taught traditional academic subjects as well as industrial and farm training and had produced 55 graduates.

Hawkins was briefly married to Edward Brown, a teacher studying at Harvard. During these early years, she also founded the NC Federation of Negro Women’s Clubs and joined the NC Negro Teachers Association, two organizations in which she would continue to play a leading role for decades.

After 15 years, Charlotte Hawkins Brown had a large number of supporters, many from Guilford County as well as those from New England. One of these, Galen Stone of Boston, became largest contributor to the school over the next 10 years. In 1917, fire destroyed two wooden buildings at the school. Citizens in Greensboro and New England began raising funds to rebuild as classes continued. The Sedalia Singers, talented PMI students, gave a sold-out performance in Greensboro to raise money. Donations fell short of the amount needed, but Mr. Stone gave sufficient funds to meet that shortfall and provided more money for school operating funds. Students helped with the new building by making bricks and sawing lumber, and in April 1922, the Alice Freeman Palmer Building was dedicated. A few days later, fire destroyed Memorial Hall, one of the school’s first wooden buildings.

Despite the loss, Brown expanded PMI. There was growing emphasis on academics. Enrollment in grades 1 through 12 averaged 250 students a year, about half boarded and most were still from nearby counties in North Carolina. The high school was accredited in 1922, a time when even few white schools achieved such a rating. Many supporters of the school, including Mr. Stone, felt PMI should become part of a larger organization in order to expand and continue. In the 1920s, at Dr. Brown’s request, the AMA offered to help PMI if the school first raised $300,000 for new buildings. With the support of many of her New England friends, Charlotte Hawkins Brown met the goal and the AMA took over operation of PMI. In 1927, construction began on two new buildings on campus, Kimball Hall (dining hall) and Galen Stone Hall (girls dorm), both honoring two of Brown’s most generous supporters. Mr. Stone died in 1926 before the building was completed, but his wife and son remained dedicated to PMI for many years following his death.

Becoming an AMA school meant Brown no longer had to spend a great deal of her time raising funds. In 1928, she vacationed in Europe and studied at Wellesley; both experiences led her to strengthen the academic emphasis of PMI. Brown started a junior college on the campus, emphasizing fine arts and physical education. In 1934, AMA aid ended. The campus had been improved, but PMI was on its own once more. Brown again built support and income for the school. The Sedalia Singers toured cities in the Northeast, giving concerts to raise money. The school’s academic and fine arts reputation grew nationwide under an interracial Board of Trustees. Brown began to focus on developing a preparatory school. Through her efforts, a public school for local African American elementary and high school students opened in 1937. The Junior College closed in 1940. Although enrollment at PMI was by this time chiefly those whose families could pay tuition and help with expenses, scholarship awards continued and students still worked on campus to keep operating costs down. Each year, PMI had a long waiting list of applicants. Students came to Palmer from across the US and from the Caribbean and Africa.

By 1947, Brown had been running Palmer for 45 years, during which time she raised almost $1.5 million to make it one of the finest schools in the nation. Students were taught to be “educationally efficient, culturally secure, and religiously sincere” and nearly every graduate went on to college. Brown herself had become a popular speaker and civic leader, speaking on national radio in 1940 and at the International Congress of Women in Paris in 1945. She received three honorary doctorate degrees and wrote a book of etiquette, The Correct Thing To Do, To Say, To Wear.

Although the school was strong, Brown’s health was weakening. She resigned as president of PMI in 1952. She chose Miss Wilhemina Crosson of Boston to replace her. She died in 1961 and is buried near the Alice Freeman Palmer Building. Miss Crosson kept many things the same but started new programs. PMI aided children with learning problems. A summer program began for poor students who wanted to go to college.

After Crosson retired in 1966, PMI had money problems. In February 1971, fire destroyed the Alice Freeman Palmer Building, and PMI leaders decided not to open in the fall. Today the school is a state historic site - the first North Carolina state historic site honoring a woman and an African American. 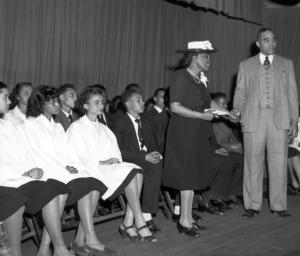 Charlotte Hawkins Brown with students at the Palmer Memorial Institute students, about 1947. 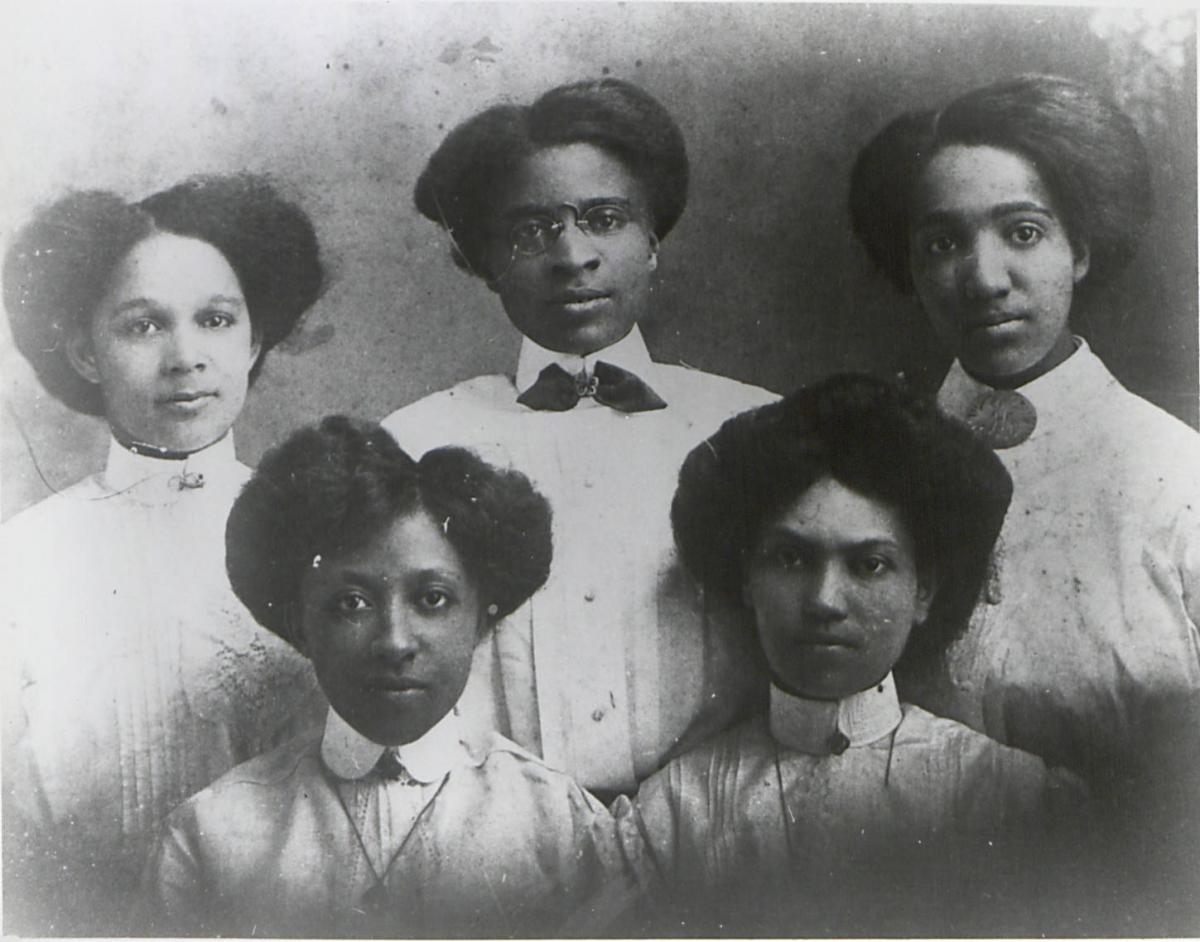