The Civil War: from Bull Run to Appomattox

The first large battle of the war, at Bull Run, Virginia (also known as First Manassas) near Washington, stripped away any illusions that victory would be quick or easy. It also established a pattern, at least in the Eastern United States, of bloody Southern victories that never translated into a decisive military advantage for the Confederacy.

In contrast to its military failures in the East, the Union was able to secure battlefield victories in the West and slow strategic success at sea. Most of the Navy, at the war's beginning, was in Union hands, but it was scattered and weak. Secretary of the Navy Gideon Welles took prompt measures to strengthen it. Lincoln then proclaimed a blockade of the Southern coasts. Although the effect of the blockade was negligible at first, by 1863 it almost completely prevented shipments of cotton to Europe and blocked the importation of sorely needed munitions, clothing, and medical supplies to the South.

A brilliant Union naval commander, David Farragut, conducted two remarkable operations. In April 1862, he took a fleet into the mouth of the Mississippi River and forced the surrender of the largest city in the South, New Orleans, Louisiana. In August 1864, with the cry, "Damn the torpedoes! Full speed ahead," he led a force past the fortified entrance of Mobile Bay, Alabama, captured a Confederate ironclad vessel, and sealed off the port.

In the Mississippi Valley, the Union forces won an almost uninterrupted series of victories. They began by breaking a long Confederate line in Tennessee, thus making it possible to occupy almost all the western part of the state. When the important Mississippi River port of Memphis was taken, Union troops advanced some 320 kilometers into the heart of the Confederacy. With the tenacious General Ulysses S. Grant in command, they withstood a sudden Confederate counterattack at Shiloh, on the bluffs overlooking the Tennessee River. Those killed and wounded at Shiloh numbered more than 10,000 on each side, a casualty rate that Americans had never before experienced. But it was only the beginning of the carnage.

In Virginia, by contrast, Union troops continued to meet one defeat after another in a succession of bloody attempts to capture Richmond, the Confederate capital. The Confederates enjoyed strong defense positions afforded by numerous streams cutting the road between Washington and Richmond. Their two best generals, Robert E. Lee and Thomas J. ("Stonewall") Jackson, both far surpassed in ability their early Union counterparts. In 1862 Union commander George McClellan made a slow, excessively cautious attempt to seize Richmond. But in the Seven Days' Battles between June 25 and July 1, the Union troops were driven steadily backward, both sides suffering terrible losses.

After another Confederate victory at the Second Battle of Bull Run (or Second Manassas), Lee crossed the Potomac River and invaded Maryland. McClellan again responded tentatively, despite learning that Lee had split his army and was heavily outnumbered. The Union and Confederate Armies met at Antietam Creek, near Sharpsburg, Maryland, on September 17, 1862, in the bloodiest single day of the war: More than 4,000 died on both sides and 18,000 were wounded. Despite his numerical advantage, however, McClellan failed to break Lee's lines or press the attack, and Lee was able to retreat across the Potomac with his army intact. As a result, Lincoln fired McClellan.

Although Antietam was inconclusive in military terms, its consequences were nonetheless momentous. Great Britain and France, both on the verge of recognizing the Confederacy, delayed their decision, and the South never received the diplomatic recognition and the economic aid from Europe that it desperately sought.

Antietam also gave Lincoln the opening he needed to issue the preliminary Emancipation Proclamation, which declared that as of January 1, 1863, all slaves in states rebelling against the Union were free. In practical terms, the proclamation had little immediate impact; it freed slaves only in the Confederate states, while leaving slavery intact in the border states. Politically, however, it meant that in addition to preserving the Union, the abolition of slavery was now a declared objective of the Union war effort.

The final Emancipation Proclamation, issued January 1, 1863, also authorized the recruitment of African Americans into the Union Army, a move abolitionist leaders such as Frederick Douglass had been urging since the beginning of armed conflict. Union forces already had been sheltering escaped slaves as "contraband of war," but following the Emancipation Proclamation, the Union Army recruited and trained regiments of African-American soldiers that fought with distinction in battles from Virginia to the Mississippi. About 178,000 African Americans served in the U.S. Colored Troops, and 29,500 served in the Union Navy.

Despite the political gains represented by the Emancipation Proclamation, however, the North's military prospects in the East remained bleak as Lee's Army of Northern Virginia continued to maul the Union Army of the Potomac, first at Fredericksburg, Virginia, in December 1862 and then at Chancellorsville in May 1863. But Chancellorsville, although one of Lee's most brilliant military victories, was also one of his most costly. His most valued lieutenant, General “Stonewall” Jackson, was mistakenly shot and killed by his own men.

Yet none of the Confederate victories was decisive. The Union simply mustered new armies and tried again. Believing that the North's crushing defeat at Chancellorsville gave him his chance, Lee struck northward into Pennsylvania at the beginning of July 1863, almost reaching the state capital at Harrisburg. A strong Union force intercepted him at Gettysburg, where, in a titanic three day battle -- the largest of the Civil War -- the Confederates made a valiant effort to break the Union lines. They failed, and on July 4 Lee's army, after crippling losses, retreated behind the Potomac.

More than 3,000 Union soldiers and almost 4,000 Confederates died at Gettysburg; wounded and missing totaled more than 20,000 on each side. On November 19, 1863, Lincoln dedicated a new national cemetery there with perhaps the most famous address in U.S. history. He concluded his brief remarks with these words:

...we here highly resolve that these dead shall not have died in vain – that this nation, under God, shall have a new birth of freedom – and that government of the people, by the people, for the people, shall not perish from the earth.

On the Mississippi, Union control had been blocked at Vicksburg, where the Confederates had strongly fortified themselves on bluffs too high for naval attack. In early 1863 Grant began to move below and around Vicksburg, subjecting it to a six?week siege. On July 4, he captured the town, together with the strongest Confederate Army in the West. The river was now entirely in Union hands. The Confederacy was broken in two, and it became almost impossible to bring supplies from Texas and Arkansas.

The Northern victories at Vicksburg and Gettysburg in July 1863 marked the turning point of the war, although the bloodshed continued unabated for more than a year-and-a-half.

Lincoln brought Grant east and made him commander-in-chief of all Union forces. In May 1864 Grant advanced deep into Virginia and met Lee's Confederate Army in the three-day Battle of the Wilderness. Losses on both sides were heavy, but unlike other Union commanders, Grant refused to retreat. Instead, he attempted to outflank Lee, stretching the Confederate lines and pounding away with artillery and infantry attacks. "I propose to fight it out along this line if it takes all summer," the Union commander said at Spotsylvania, during five days of bloody trench warfare that characterized fighting on the eastern front for almost a year.

In the West, Union forces gained control of Tennessee in the fall of 1863 with victories at Chattanooga and nearby Lookout Mountain, opening the way for General William T. Sherman to invade Georgia. Sherman outmaneuvered several smaller Confederate armies, occupied the state capital of Atlanta, then marched to the Atlantic coast, systematically destroying railroads, factories, warehouses, and other facilities in his path. His men, cut off from their normal supply lines, ravaged the countryside for food. From the coast, Sherman marched northward; by February 1865, he had taken Charleston, South Carolina, where the first shots of the Civil War had been fired. Sherman, more than any other Union general, understood that destroying the will and morale of the South was as important as defeating its armies.

Grant, meanwhile, lay siege to Petersburg, Virginia, for nine months, before Lee, in March 1865, knew that he had to abandon both Petersburg and the Confederate capital of Richmond in an attempt to retreat south. But it was too late. On April 9, 1865, surrounded by huge Union armies, Lee surrendered to Grant at Appomattox Courthouse. Although scattered fighting continued elsewhere for several months, the Civil War was over.

The terms of surrender at Appomattox were magnanimous, and on his return from his meeting with Lee, Grant quieted the noisy demonstrations of his soldiers by reminding them: "The rebels are our countrymen again." The war for Southern independence had become the "lost cause," whose hero, Robert E. Lee, had won wide admiration through the brilliance of his leadership and his greatness in defeat. 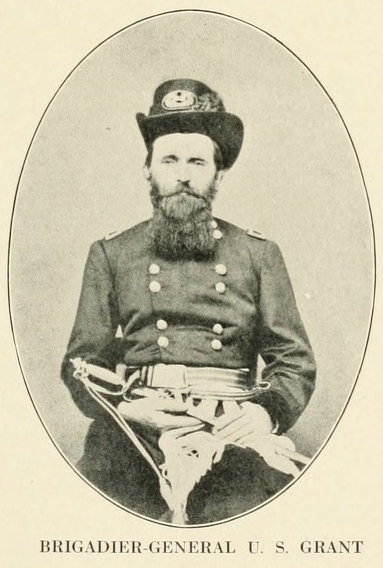 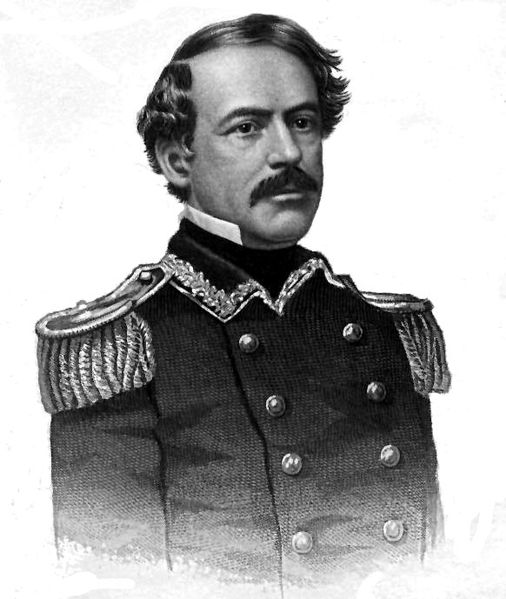 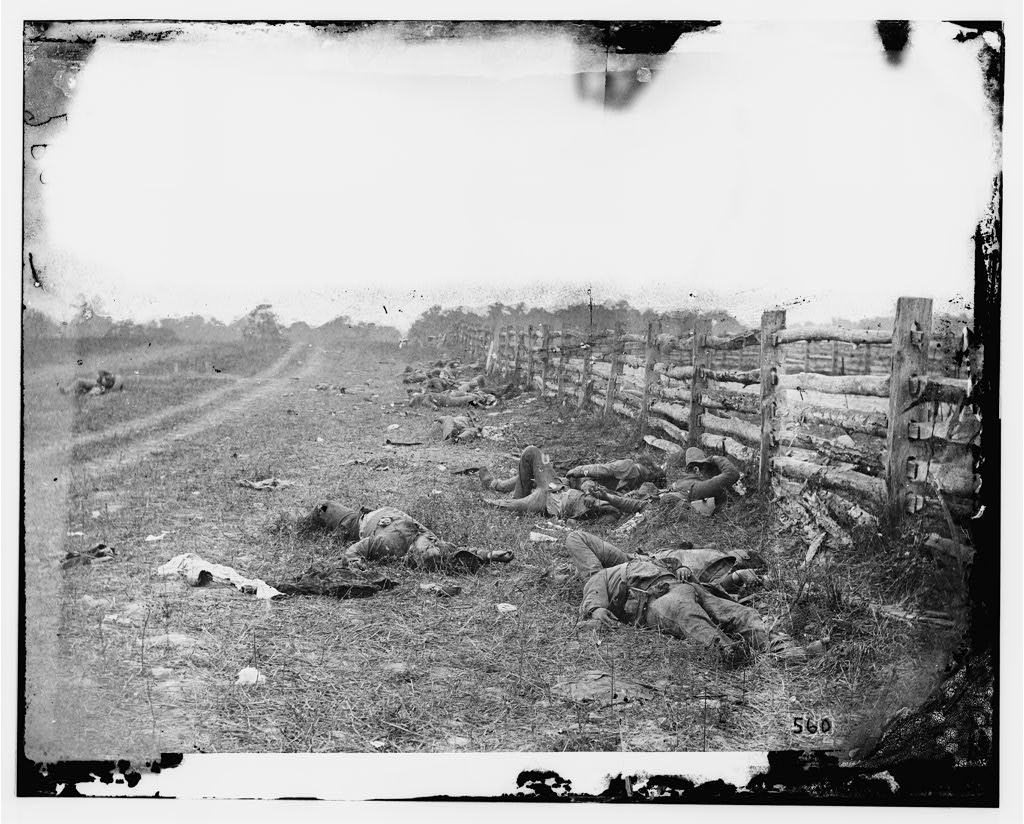 In this photograph taken at Antietam, dead Confederate soldiers lie on the ground near a fence on the Hagerstown Road.