With Hurricane Floyd approaching, officials in Florida, Georgia, South Carolina, and North Carolina ordered evacuations of coastal areas. People responded in unprecedented numbers, and the result was the largest peacetime evacuation effort in U.S. history to that time. (The evacuation of the Gulf Coast before Hurricane Rita hit in September 2005 was larger.)

Traffic engineers estimated that 3 million people took to the highways, creating the largest traffic jams anyone had ever seen. Traffic on some interstates was as high as 1500 vehicles per lane per hour -- three times the traffic on a normal day.

After the storm had passed, the public demanded that government officials find a better way to manage evacuations. The Federal Emergency Management Agency (FEMA) studied traffic patterns and people's reasons for evacuating. Interstate highways leading from coastal areas in the Southeast now have their eastbound lanes reversed during mandatory evacuations, so that evacuating traffic can use all lanes. Although this sounds like an obvious solution, it takes a great deal of planning and coordination to make it work.

Produced by the North Carolina Department of Transportation in 2005, this map shows how lane reversal on I-40 is used for hurricane evacuation from the southeastern coast. 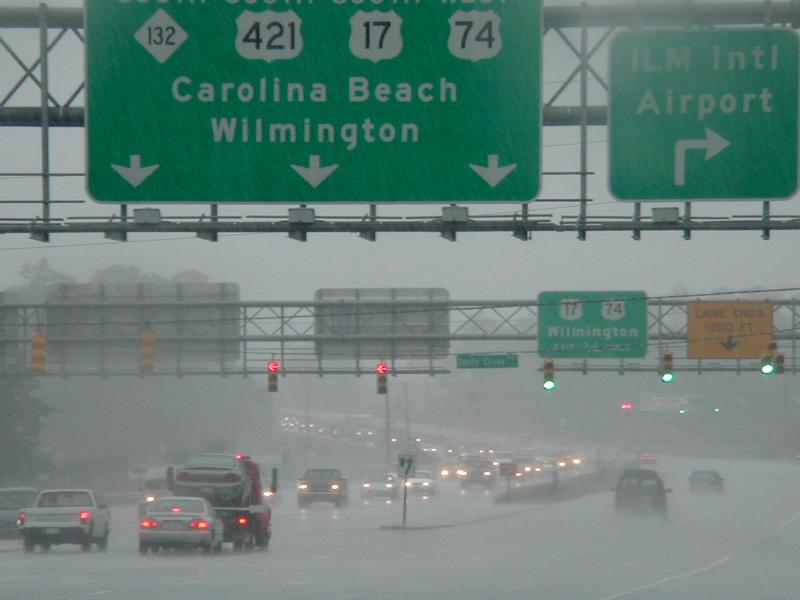