The Increasing Power of Destruction: military technology in World War I

World War I was less than one year old when British writer H. G. Wells lamented the fate of humanity at the hands of "man's increasing power of destruction."1 Although considered a father of science fiction, Wells was observing something all too real -- technology had changed the face of combat in World War I and ultimately accounted for an unprecedented loss of human life.

Infantry warfare had depended upon hand-to-hand combat. World War I popularized the use of the machine gun -- capable of bringing down row after row of soldiers from a distance on the battlefield. This weapon, along with barbed wire and mines, made movement across open land both difficult and dangerous. Thus trench warfare was born. The British introduced tanks in 1916; they were used with airplanes and artillery to advance the front. The advent of chemical warfare added to the soldier's perils.

Sea and airborne weapons made killing from a distance more effective as well. Guns mounted on ships were able to strike targets up to twenty miles inland. The stealth and speed of German submarines gave Germany a considerable advantage in its dominance of the North Sea. Although airplanes were technologically crude, they offered a psychological advantage. Fighter pilot aces such as Manfred von Richthofen, Germany's "Red Baron," became celebrities and heroes, capturing the world's imagination with their daring and thrilling mid-air maneuvers.

Newspapers charted the public's reaction -- horror and vengeance -- to these technological advancements. A few weeks after the Germans first used poison gas in Ypres, Belgium, on April 22, 1915, a London newswire to the New York Times described the brutal details of the attack and the immediate effects on the soldiers, concluding: "It is without doubt the most awful form of scientific torture." Yet a Daily Chronicle [London] editorial urged Britain to retaliate with poison gas use of its own.2 In fact, Germany claimed that the Allies were already using mines charged with poison gas. So horrified were people by chemical warfare that the use of poison gases was banned for future wars, although not until 1925.

When Germany's plan for a swift military victory, a blitzkrieg, went unrealized, the pace of war bogged down. Both sides tried to break this stalemate through the use of force. In previous wars, victory was achieved through territorial supremacy; in World War I it was accomplished by simply outlasting the opponent -- a "war of attrition." Initially described at the onset of the fighting in April 1914 as a "splendid little war" that would be over by Christmas, the conflict lasted for more than four years and scarred an entire generation with its unprecedented brutality.

In a World War I battle, a French tank advances while a line of infantry follows. 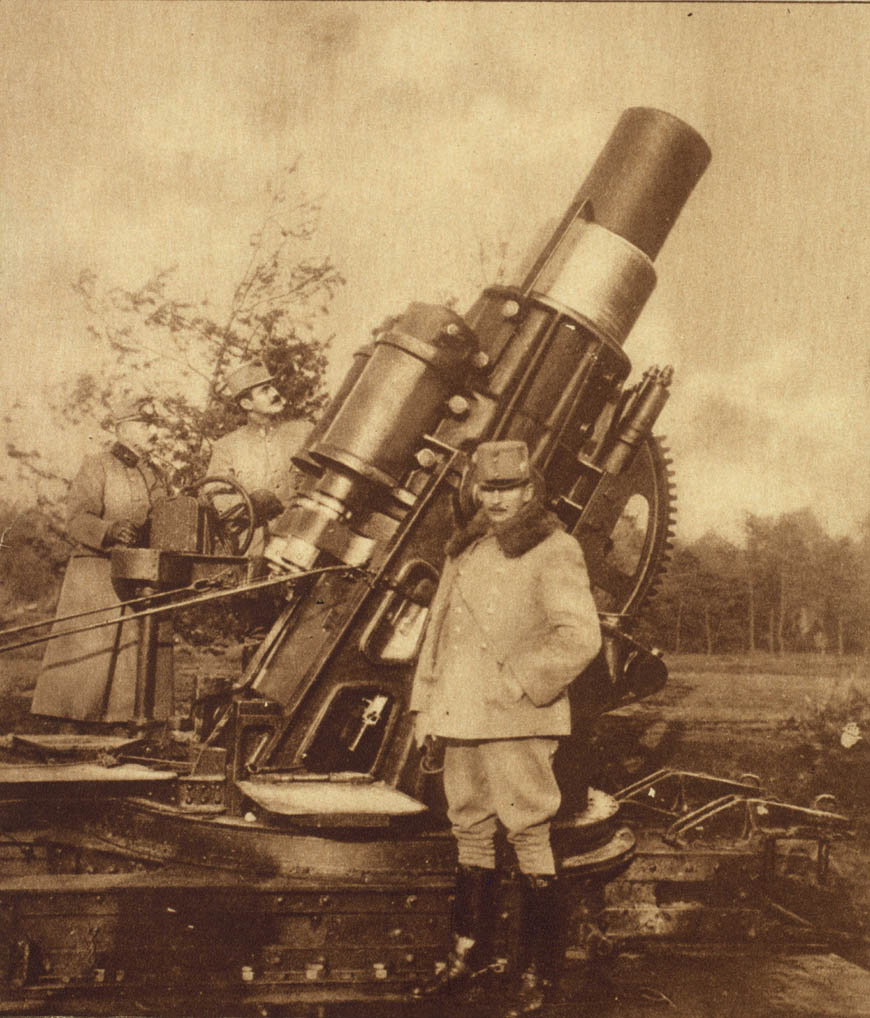 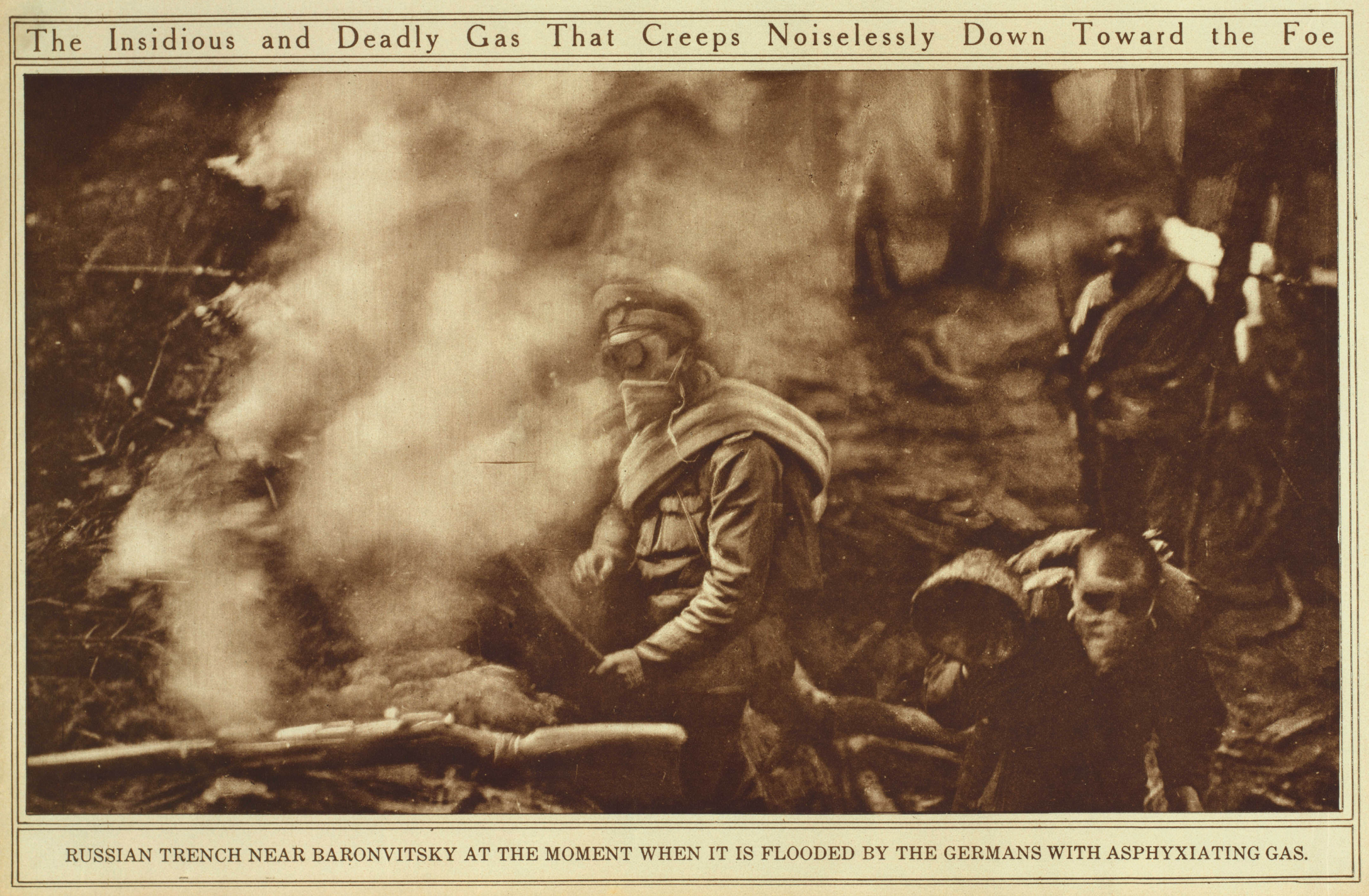 "The Insidious and Deadly Gas That Creeps Noiselessly Down Toward the Foe."