Following Executive Order 9102, Japanese American people were taken from their homes and transported by the military to temporary assembly centers, which were usually in large open areas like fairgrounds or outdoor race tracks to be “processed.” Once processed, individuals and families were relocated to 1 of 10 prison camps in remote locations across western and central states. The prison camps and their locations were: Tule Lake and Manzanar, both in California; Minidoka in Idaho; Topaz in Utah; Heart Mountain in Wyoming; Poston in Arizona; Granada in Colorado; and Rohwer and Jerome, both in Arkansas.

Conditions for Japanese Americans in the prison camps were painful and limited. Four to five families were grouped in barracks-style housing with little to no privacy. Whatever belongings these families had been able to pack and carry also had to be stored in their barracks. The walls of these facilities were thin and not well-insulated and were often pre-existing installations, like horse stables. The imprisoned people ate and socialized in monitored common areas. Children and adolescents attended specialized schools within the prison while adults were allowed to perform limited roles of work. Families were permitted to remain together, and churches, social groups, farms, and newspapers were permitted to exist within the prison camps. There were isolated incidents of resisting prisoners being met with military force, particularly at the Tule Lake segregation facility. Those within the camps that refused to be imprisoned or otherwise protested were relocated to the high-security Tule Lake facility in California.

Tule Lake was the largest and most overcrowded of all the camps, with a peak population of 18,700 in a camp designed to hold a maximum of 15,000 people. The security at Tule Lake was also the strictest and most severe, with a force of 1,000 U.S. army soldiers assigned to keeping the camp in order and armored tanks to support enforcement of camp order. The conditions of Tule Lake were harsh; food, housing, workplace safety, and medical care were all inadequate. Strikes and demonstrations to protest conditions were commonplace across detention facilities, but they were most common at the high-security detention center of Tule Lake. Strikes and labor disputes over the camp conditions only made things worse. Despite there being no violent protests or riots at Tule Lake, the camp was placed under martial law on November 1, 1943, and this remained in effect until January 15, 1944. Elected representatives in the camps who had been designated to communicate the problems and needs of the imprisoned were replaced with military personnel. Draft notices were issued to detainees, which further demoralized the American citizens already imprisoned by their country on the unsubstantiated claims of a risk to the war effort. 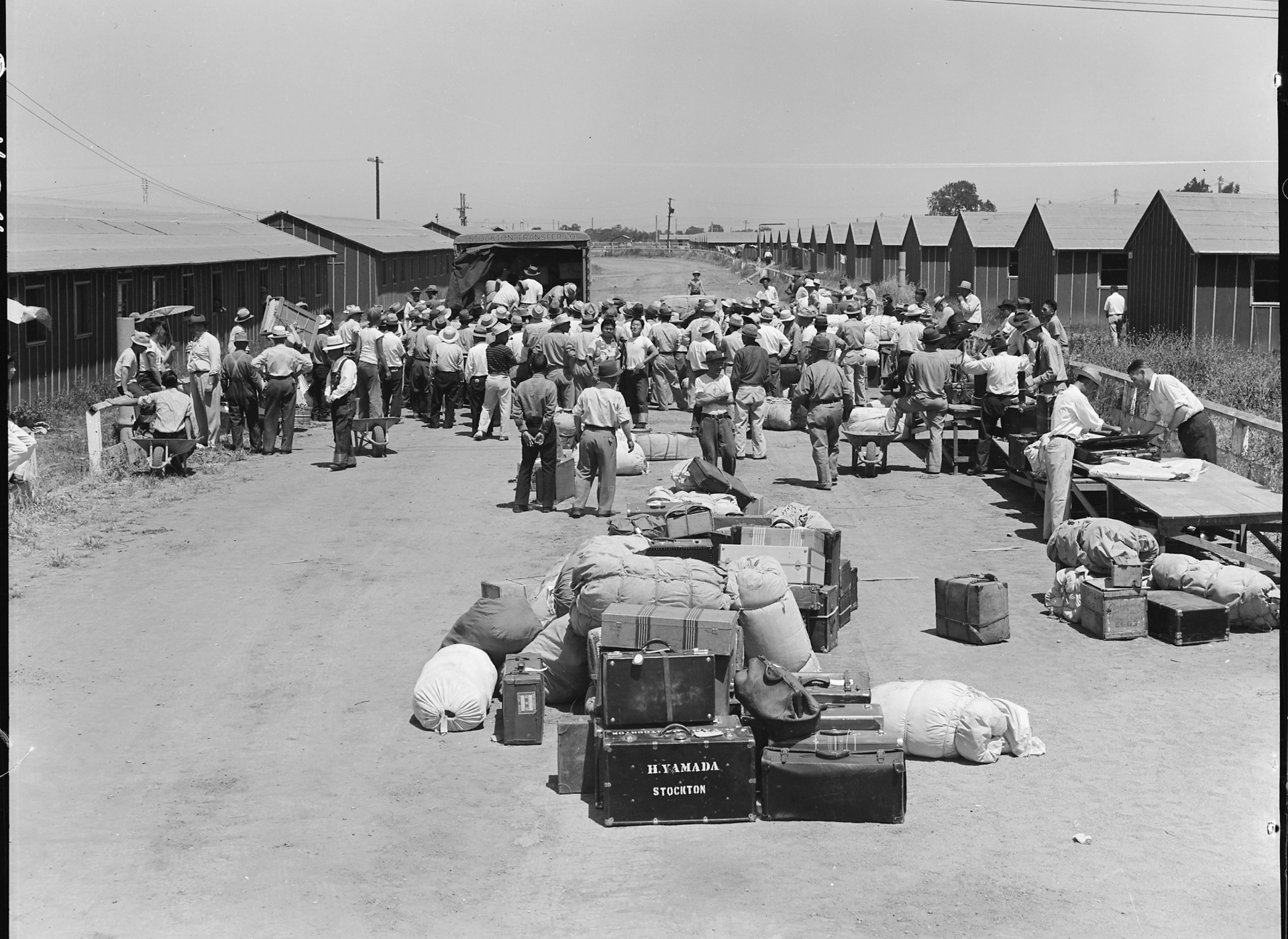 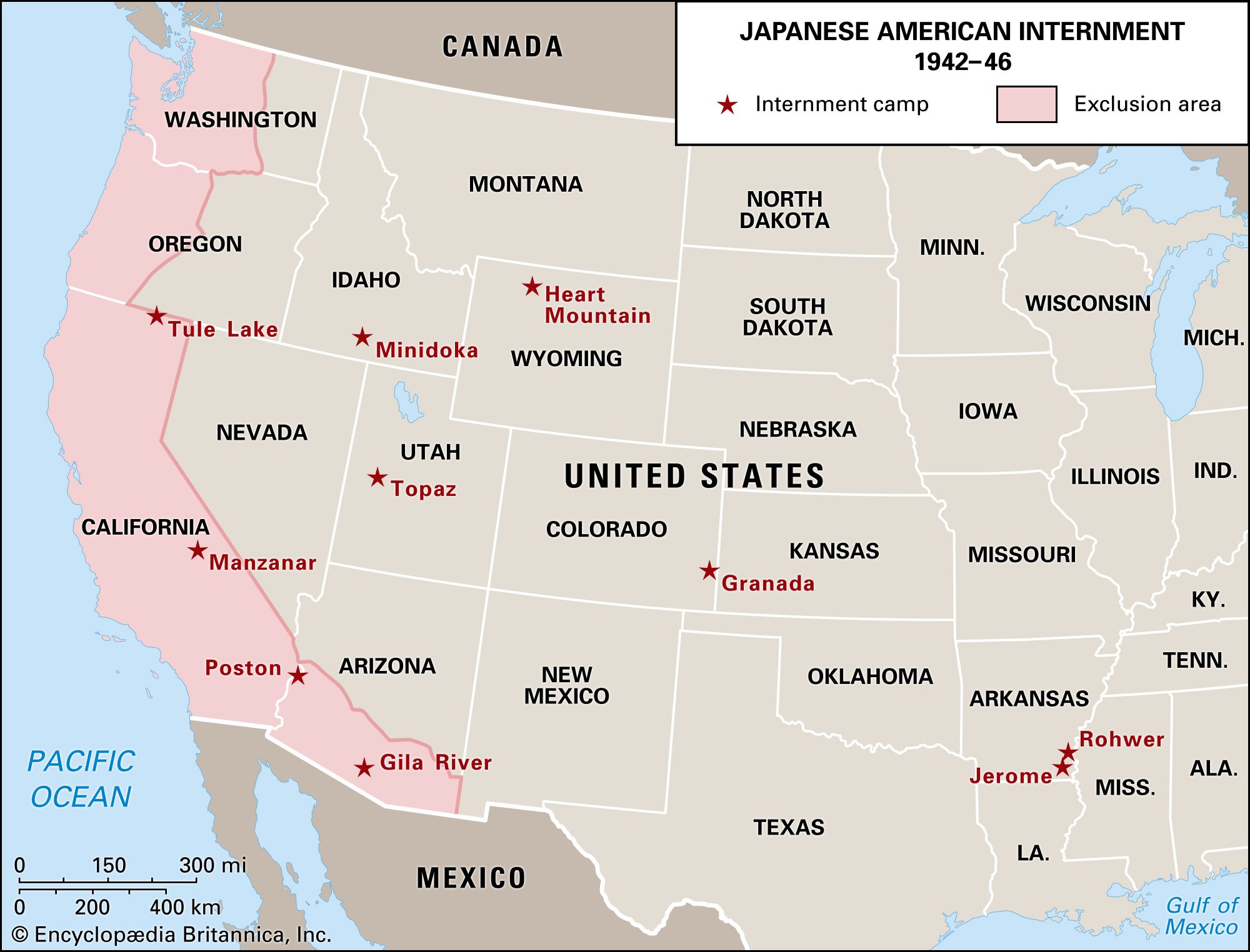 Map showing the extent of military exclusion zone and the locations of the internment camps for Japanese Americans. Copyright and courtesy of Encyclopedia Britannica.

What Happened To The Property Of Sacramento's Japanese American Community Interned During World War II? 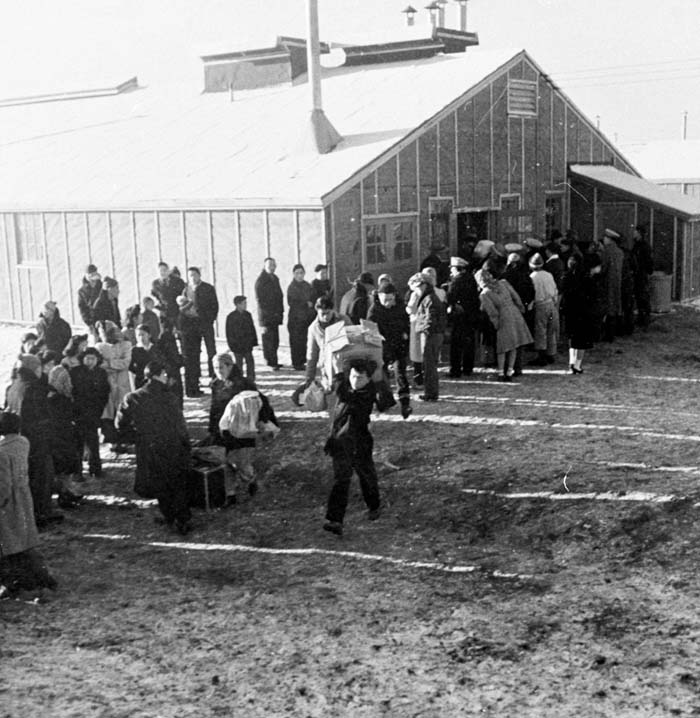 Internment and Service: Japanese Americans from the Inland Empire: Patriotism through Protest