Into the Postwar Era

The Depression was past. The war was won. Rationing had ended. And it was Christmas.

The Allied victories in Europe and Asia placed the United States and the Soviet Union in positions of global power. American consumers were now able to readily spend their money without fear of damages from a global war. Industry in the United States was still very strong from the impacts and consumption of World War II. Despite these fortunes, there were still concerns among politicians and military commanders. Strong presence of the United States military in the reconstruction of oversea countries like Japan and West Germany committed the United States to future events on a global scale.

America might once again be a land of abundance, but peace would be short-lived due to the United States' presence in those other countries.

The End of WWII and the Division of Europe

from the Center for European Studies, UNC Chapel Hill 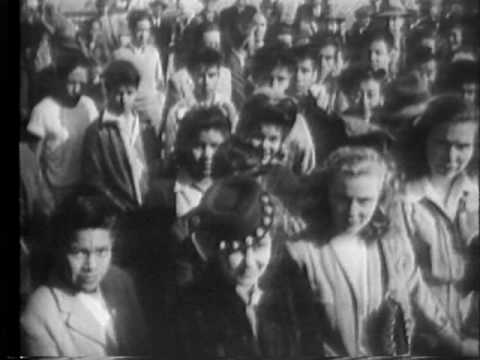 This newsreel, released December 10, 1945, shows happy Americans preparing for Christmas — mainly, by shopping. But in the segment that follows, General Dwight Eisenhower, now Army Chief of Staff, warns viewers that the United States still has military commitments around the world.