The following is excerpted from the Bulletin of the North Carolina Board of Health concerning the use of privies or outhouses as bathrooms. Bulletins like these hoped to better inform people about germs, their sources, and their negative effects on human health.

It is only in recent years that we have come to a truer and more thorough understanding of the meaning of sanitation and its life-saving principles. More recent still is the application of these principles in a wholesale manner to the daily life of the citizens of a community, to prevent the spread of disease.

Typhoid fever, dysentery, diarrhea, summer complaint, and certain other diseases have been proven to have their origin in human filth. That is, in plain English, any person who contracts one of these diseases has either eaten or drunk the body waste of some one else who had the disease. Repulsive as this may seem, it is nevertheless a daily occurrence in the majority of our homes, especially during the warm months, and it must be so as long as the insanitary privy remains in any community, as will be shown below. There is, therefore, no more simple and far reaching phase of sanitation than that dealing with the reduction of disease by means of sanitary construction and maintenance of the privy, from which, or the lack of which, practically all fecal borne disease has its origin. It was with a full realization of this fact that the people of North Carolina, through their representatives, the members of the General Assembly, put themselves on record as desirous of protecting themselves and their neighbors from the ravages of fecal borne diseases, by passing a law in February, 1919, entitled, "An Act to Prevent the Spread of Disease from Insanitary Privies."

What constitutes an insanitary privy? It is best exemplified by the open surface privy, which is very commonly used in our State. In this type of privy, which is usually open in back from the seat to the ground, the excreta is deposited upon the surface of the ground, where it can be reached and scattered about by flies, birds, domestic fowls and animals and with every rain may be washed into the open well or spring, or into the adjoining garden, where vegetables become contaminated with the human filth. It is little wonder, then, that we have typhoid fever, diarrhea and dysentery, when we eat vegetables contaminated with human filth, when our wells and springs are polluted with it, and when the food upon our tables is accessible to flies that were bred and bathed in the human excreta of our own family or of diseased neighbors. Therefore, the open surface privy, which violates every law of sanitation, is a nefarious institution in any community, and must be entirely eliminated.

On the other hand, a properly constructed privy is one in which there is a vault, pail, or tank which receives and retains the excreta until properly disposed of. This receptacle should be surrounded and protected by fly-tight walls. Self-closing lids should always be provided, and kept closed, in order to keep the flies entirely away from the filth. In addition, due regard must be paid to the protection of drinking water supplies from contamination, either by waterproof receptacles, or by locating at such distance from the water supply, and down slope from the same, so that the dangers from seepage and drainage will be done away with.

A discussion of each individual type of privy will be entered into in the succeeding articles.

From the foregoing, one is promptly convinced of the simplicity of the principles involved in sanitary privy construction. But, while simple, they admit of no compromise. In addition, another factor quite as important as construction is that of proper maintenance, without which no privy will pass the inspection of the State Board of Health. Specific directions will be given along with the discussion of the various types of privies that may be used. 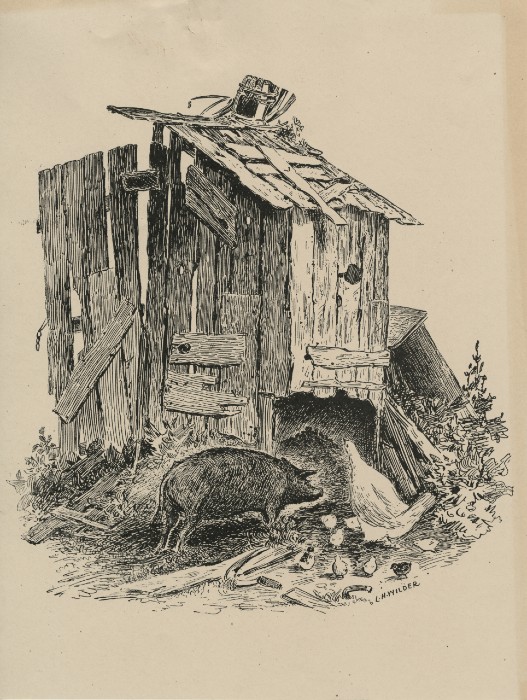 Privies, Progressivism, and Public Schools: Health Reform and Education in the Rural South, 1909-1920

from The Journal of Southern History 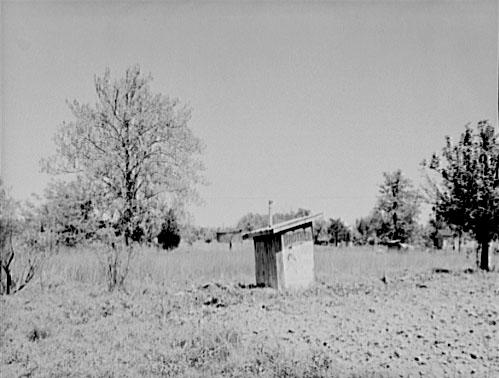 Outhouses, or "privies," were common in rural North Carolina until after World War II. This privy was photographed near Greensboro in 1938.