The following is the text from a relocation notice from World War II. These notices were placed around neighborhoods, particularly those with large populations of people with Japanese descent such as those in San Francisco. They told people living there that they would be removed and relocated at certain time. These posters were used by the War Relocation Authority to gather and relocate Japanese American people to Assembly Centers, where they would then be processed and moved to Wartime detention facility during the period of imprisonment of Japanese-American people.

Instructions to All Persons of Japanese Ancestry Living in the Following Area:

Pursuant to the provisions of Civilian Exclusion Order No. 34, this Headquarters, dated May 3, 1942, all persons of Japanese ancestry, both alien and non-alienAliens are foreigners — citizens of other nations — living in the United States. They may be legal aliens (here with legal permission) or illegal. Non-aliens, therefore, would have been citizens. Why do you think American citizens of Japanese ancestry were referred to here as “non-aliens” rather than as citizens?, will be evacuated from the above area by 12 o'clock noon, P. W. T.Pacific Western Time. This would be Pacific Standard Time today., Sunday, May 9, 1942.

No Japanese person living in the above area will be permitted to change residence after 12 o'clock noon, P. W. T., Sunday, May 3, 1942, without obtaining special permission from the representative of the Commanding General, Northern California Sector, at the Civil Control Station located at:

Such permits will only be granted for the purpose of uniting members of a family, or in cases of grave emergency.

The Civil Control Station is equipped to assist the Japanese population affected by this evacuation in the following ways:

The Following Instructions Must Be Observed:

Poster, U.S. Government, 1942. From The War Relocation Centers of World War II: When Fear was Stronger than Justice. 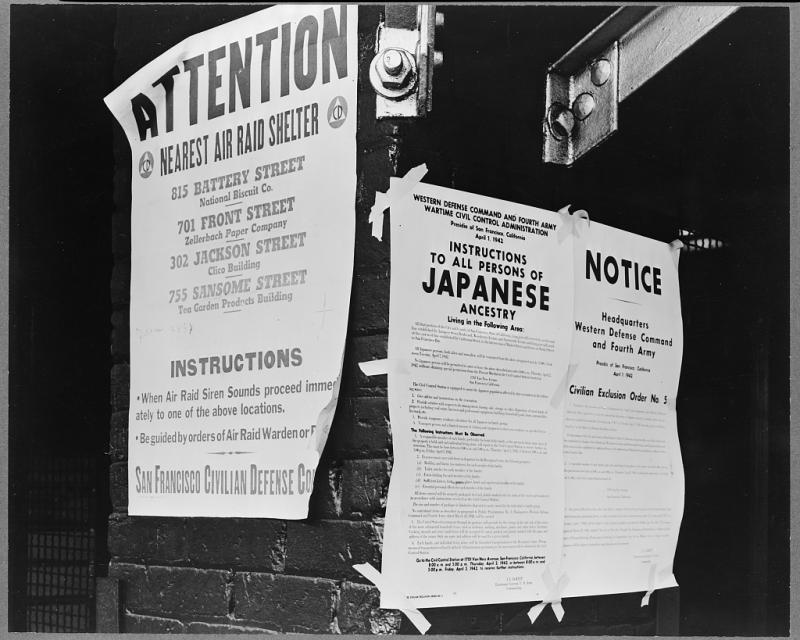 This poster was displayed in San Francisco in April 1942 to inform Japanese-Americans that they would be evacuated from the area by the U.S. military. 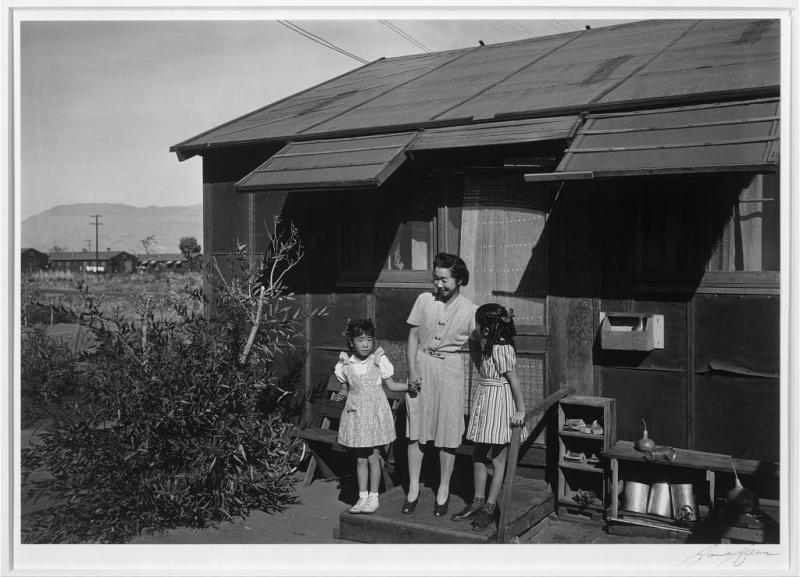 A Japanese-American woman and her two children stand in front of their house at the Manzanar War Relocation Center in California, 1943.