The following the transcription of a speech delivered by Warren Harding, an eventual U.S. president. A transcript is also available.

My countrymen, the pioneers to whom I have alluded, these stalwart makers of America, could have no conception of our present day attainment. Hamilton, who conceived, and Washington, who sponsored, little dreamed of either a development or a solution like ours of today. But they were right in fundamentals. They knew what was faith, and preached security. One may doubt if either of them, if any of the founders, would wish America to hold aloof from the world. But there has come to us lately a new realization of the menace to our America in European entanglements which emphasizes the prudence of Washington, though he could little have dreamed the thought which is in my mind.

When I sat on the Senate Committee on Foreign Relations and listened to American delegations appealing in behalf of kinsman or old home folks across the seas, I caught the aspirations of nationality, and the perfectly natural sympathy among kindred in this republic. But I little realized then how we might rend the concord of American citizenship in our seeking to solve Old World problems. There have come to me, not at all unbecomingly, the expressed anxieties of Americans foreign born who are asking our country's future attitude on territorial awards in the adjustment of peace. They are Americans all, but they have a proper and a natural interest in the fortunes of kinsfolk and native lands. One cannot blame them. If our land is to settle the envies, rivalries, jealousies, and hatreds of all civilization, these adopted sons of the Republic want the settlement favorable to the land from which they cameAs part of the Treaty of Versailles that ended World War I, the Austro-Hungarian Empire and parts of Germany were broken up into smaller countries. Often the new boundaries were drawn to support the interest of European powers and did not reflect the wishes and desires of the local population..

The misfortune is not alone that it rends the concord of nations. The greater pity is that it rends the concord of our citizenship at home. It's folly to think of blending Greek and Bulgar, Italian and SlovakThese regions and countries were part of the Central Powers, who were defeated by the Allies in World War I., or making any of them rejoicingly American, when the land of adoption sits in judgement on the land from which he came. We need to be rescued from divisionary and fruitless pursuit of peace through super government. I do not want Americans of foreign birth making their party alignments on what we mean to do for some nation in the old world. We want them to be Republican because of what we mean to do for the United States of America. Our call is for unison, not rivaling sympathies. Our need is concord, not the antipathies of long inheritance.

Surely no one stops to think where the great world experiment was leading. Frankly, no one could know. We're only learning now. It would be a sorry day for this republic if we allowed our activities in seeking for peace in the Old World to blind us to the essentials of peace at home. We want a free America again. We want America free at home, and free in the world. We want to silence the outcry of nation against nation, in the fullness of understanding. And we wish to silence the cry of class against class, and stifle the party appeal to class, so that we may ensure tranquility in our own freedom. If I could choose but one, I had rather have industrial and social peace at home, than command the international peace of all the world.

Speech by Warren G. Harding, Senator from Ohio and Republican candidate for President, 1920. 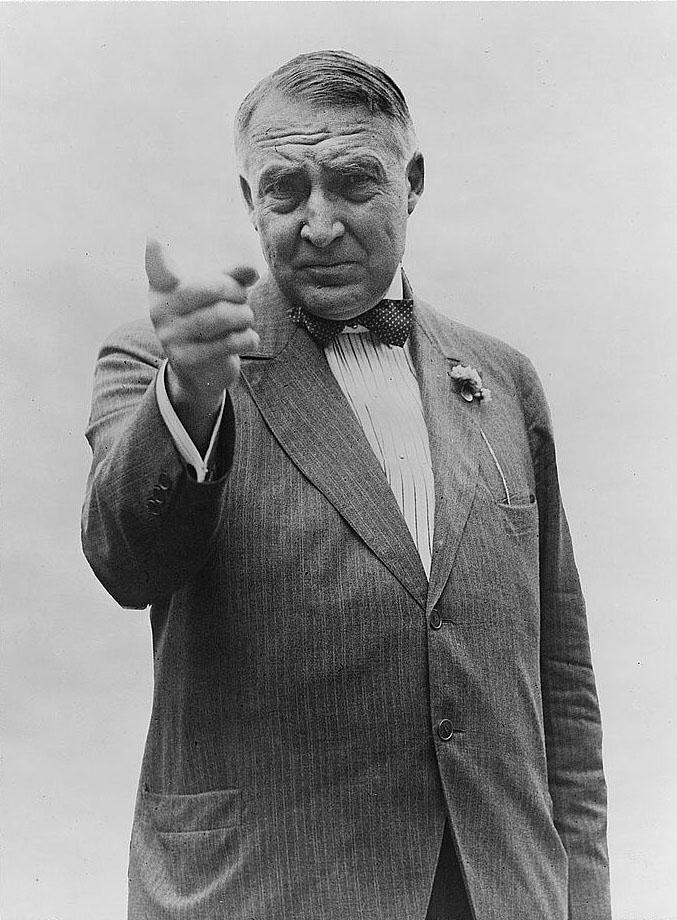 Warren G. Harding was elected president in 1920 by a record margin in the popular vote.

from the American Presidency Project

from the American Presidency Project