The following is excerpted from a 1906 publication from the The Woman's Association for the Betterment of Public School Houses in North Carolina. The author, Mattie Albritton, discussed new improvements to the Snow Hill School. Improvements like this were common during the Progressive Era.

Last August when Miss Edith Royster organized the Greene county branch of the Woman's Betterment Association, of which I was made secretary, I realized what an opportunity we had for the improvement of our surroundings.

In presenting the result of our work I would first give a short sketch of the building that was in use in Snow Hill previous to the organization of our association. This building was a disgrace, not only to the town, but to the county and state as well. It had been built some fifty or sixty years ago and very little had been done since to improve it. Indeed, the hand of time had brought the house to a most dreary and cheerless condition. The walls were broken, the window-sashes so worn that putting in a new glass was a mere expenditure of time and money without real benefit. The blackboards were almost too bad for use. The desks had been carved and abused by "Young Americans" for several generations. The cracks in the floor, the sagging doors, the yawning weatherboards, entirely relieved us from the study of ventilation. Indeed, my pen fails to portray the desolate and bare appearances in and around the school-room. We had a library, though, and many little brave hands and hearts to help us to better the condition of things.

We accordingly began the work. Our principal, Mr. J. E. Debnam, drew the plans, and through his untiring energy and with the aid of our friends and the good old county of Greene, we have now an elegant and commodious building. In this building are three very large, well ventilated and well lighted recitation-roomsStudents at this time "recited" their lessons — repeated them orally for practice, usually in groups. Recitation-rooms would have been used for that purpose.. Two of the rooms are separated by folding doors, enabling us to throw them into one when needed for public entertainments. We also have in this new building a cloak-room and a cozy little library finished in oiled wood, the capacity of which is much greater than its contents, though we hope to do a great deal to fill that later. Yet we have somewhere between one hundred and fifty and two hundred dollars worth of well selected books.

The interior of the recitation-room is beautifully finished with oiled wood, which, with the white walls, is very pleasing. The black-boards are good in quality and sufficient in quantity. There are a number of pictures of our statesmen and other strong men of our state and nation on the walls. I have the primary work, and the pictures of birds which I have in colors and in black and white are especially enjoyed by the little tots. Nor do they fail to enjoy and appreciate the other pictures which have been hung in their room.

The pupils held a festival last year with our help and with the receipts, together with a small sum they made later, bought an organ, thus enabling us to have good music and songs every morning along with our devotional exercises. Our school bought and uses an unabridged dictionary, and our principal presented to the school a book-rest for its accommodation, so that even the little tots can handle Father WebsterNoah Webster wrote an American dictionary and speller in 1783. In the eighteenth century — as you may have noticed in reading documents from that time period — the English language didn’t have standard spellings. Webster decided to standardize spelling for Americans, and in the process, he made subtle changes that separated American English from British English. As a result, Webster is often considered the "father" of American English..

In addition to the number of pictures that have been bought our school has purchased a large number of library books and one dozen and a half United States flags. I have had presented to me for my room a North Carolina state flag and to the school a flag of the Confederate States. These were the gifts of the president of our Greene county branch of the Woman's Association for the Betterment of Public School Houses in North Carolina.

We have framed and hanging in a conspicuous place a copy of General Lee's farewell address to his army. Under the picture of Washington and his cabinet we have two swords crossed under a shield, making quite an effective picture, with two flags of the stars and stripes above.

Sixty yards of red, white and blue bunting with which to decorate on gala days are now the property of the school.

Indeed, with our new patent desks, pictures, flags, etc., our rooms are very cozy and inviting. The books, organ, pictures and decorations of all kinds with few exceptions were purchased by the children with money made by them at entertainments and festivals. The school children enjoy the work and have an "association" of their very own, with officers of their own choosing. Many of their mothers have given us their names and help and four gentlemen gave us the one dollar each necessary for them to join.

The money that was made at an entertainment during our commencement in May was used in painting the new school-house, which, with its body of sandstone gray with white trimmings and terra-cotta blinds, presents a neat and attractive exterior.

The belfry, open and imposing, contains a relic of the eighteenth century, an old bell one hundred and eleven years old. It is the very bell that was used to call our grandfathers and fathers to school at the same old site. Its tone is as clear to-day as when it left the foundry in old England. A tall flag-staff caps this belfry, from which Old Glory, when the days are bright and breezy, floats over the descendants of those who bade it wave for their country and her freedom. The day on which we raised our flag, all giving it a loyal salute, was a gala-day indeed. The children enjoy the sight of the flag in a greater measure, I think, because they bought it themselves.

A closed fence has been built between us and the objectionable view of the back-yard of a negro cabin, the entire cost of which was paid out of the children's fund. The wood-pile had long (dis) graced the front yard. That has been removed and the yard carefully cleaned. A well of cool clear water is now on the yard, the water for the school having been supplied heretofore from wells of private parties some distance from the school.

The old building, so long an eye-sore, has been removed and the new building, with a charming background of tender green, situated in a pretty, clean plot of grass, free from all débris, is, indeed, a picture that fills our hearts with pleasure in our work well done, and stimulates our minds and hearts for greater things in the future.

from the Journal of Research in Rural Education 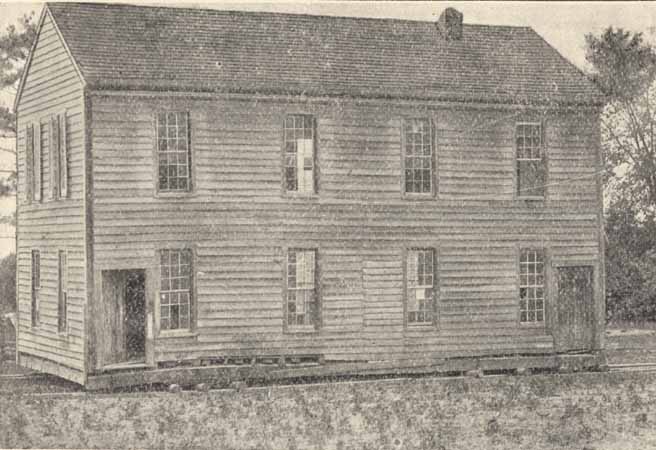 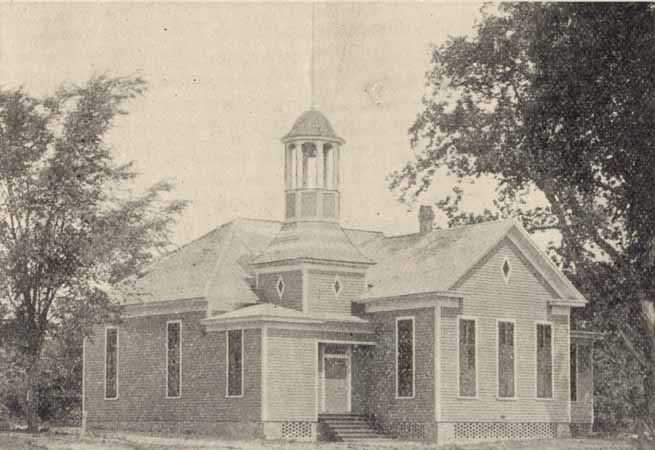