What are some of the major legal victories that come to mind when you think of the Civil Rights Movement? Who is Sarah Keys Evans and how did her experience impact the movement?

Sarah Keys Evans has spent most of her adult life in New York City. She grew up in Washington, North Carolina. After graduating high school Mrs. Evans attended nursing school in New Jersey. Then she moved to New York City and worked for two years. In 1951 she enlisted in the Women’s Army Corps. Soon after, Evans made a choice that influenced the future of the Civil Rights Movement. In August of 1952 Mrs. Evans received an army furlough, or permission to make an extended visit home. She was traveling to her parents' house in North Carolina on a Carolina Coach Company bus.

The bus made a night stop in Roanoke Rapids, North Carolina. The driver approached Mrs. Evans and demanded she give her seat to a white man seated at the back of the bus. In 1946 the Supreme Court ruled that segregation in interstate travel was unconstitutional. Yet, many states did not enforce the ruling. When the young army private refused to give up her seat, the driver became enraged. After moving the other passengers to a different bus, the driver had her arrested.

The police falsely accused her of disorderly conduct and ordered her to pay a fine. The police released and placed her on another bus to Washington, North Carolina after she spent several hours in jail. Her father encouraged her to fight the charges. The NAACP helped her connect with attorney Dovey Roundtree. A three-year legal battle followed. In 1955 the Interstate Commerce Commission ruled in her favor. It said that paying customers must receive the same service during travel across state lines. Companies could not limit Black passengers to reserved seats or sections.

Where does the Keys v. Carolina Coach Company case fit into the larger civil rights struggle or other legislative victories? How has coverage for the Keys case differed from other Civil Rights victories?

The Keys V. Carolina Coach Company ruling provided a crucial civil rights victory. It was a precursor to Rosa Parks refusal to give up her seat on a city bus, which launched the Montgomery Bus Boycott. In fact, it was just three years after Sarah Keys refused to give up her seat that Rosa Parks did the same. Sarah Keys's case also provided a model for later civil rights cases. It helped to chip away at “separate but equal” policies. It also contributed to the legal successes of the landmark case Brown V. Topeka Board of Education. The ruling in that case made racial segregation illegal.  Sarah Keys's case showed how statewide practices in North Carolina were discriminatory.

There are many reasons the Keys v. The Carolina Coach Co. case is less well known. One reason is time. The case went on for three years. It did not receive significant or consistent media attention throughout that period. Additionally, it would be almost ten years before desegregation laws were actually enforced. This might have detracted from the case’s prominence in the moment then and now. Another reason is that the Interstate Commerce Commission heard the case. The ICC is a federal agency but it is not as powerful as the Supreme Court. This could explain why some news outlets did not pay as much attention to the ruling.

The historical record demonstrates why Mrs. Evans’s activism deserves attention. Her experience shows that African Americans had to fight for dignity. Even military service did not provide basic protections and rights for African Americans. Mrs. Evans defended her rights that night on the bus and for three years afterward. She was persistent. This reflects the African American community’s larger commitment to securing racial justice.

Why is it important to recover Civil Rights stories that are less well-known? Is there anyone in your life that you could talk to about their experiences with racial injustice?

Nathan, Amy. Take a Seat -- Make a Stand: A Hero in the Family: The Story of Sarah Key Evans, a Civil Rights Hero Who Would Not Be Moved. Bloomington: iUniverse Press, 2006.

N.C. Government and Heritage Library, “Sarah Keys: Staying Seated to Stand Up for Her Rights,” 2019. https://www.ncpedia.org/sarah-keys-K-8

[Sarah Keys]. Photograph. [no date]. In: T. Anthony Bell, "The Quietly defiant, unlikely fighter: Pfc. Sarah Keys and the fight for justice and humanity." Image from the U.S. Army. https://www.army.mil/article/120456/the_quietly_defiant_unlikely_fighter...

What are some of the major legal victories that come to mind when you think of the Civil Rights Movement? Who is Sarah Keys Evans and how did her experience impact the movement?

Sarah Keys Evans has spent most of her adult life in New York City. She grew up in Washington, North Carolina. After graduating high school Mrs." data-share-imageurl="">

Sarah Keys
Staying Seated to Stand Up for Her Rights 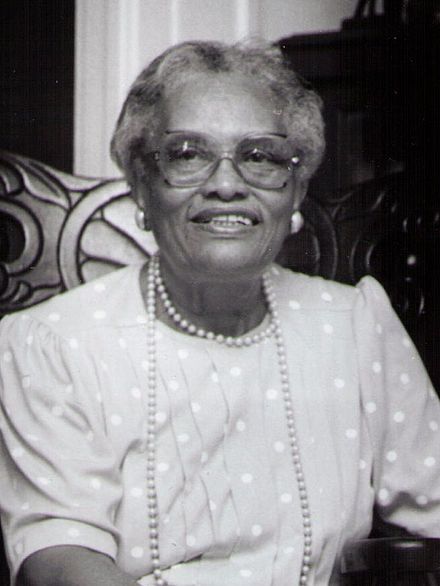 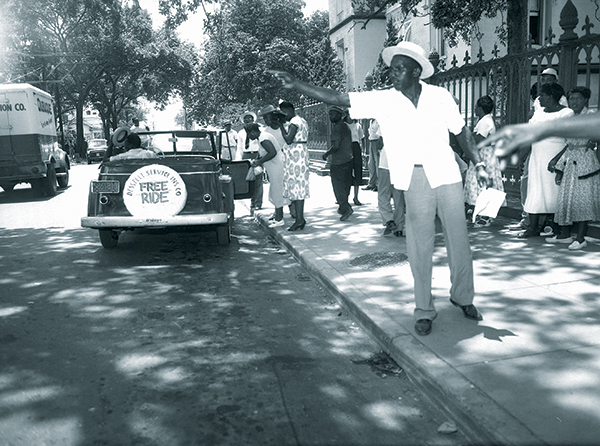 "Sarah Keys Evans - The Trailblazer"
Ms. Evans telling the story in her own words
An ECCC Production

Beyond the Bus: Teaching the Unseen Story of Rosa Parks and the Montgomery Bus Boycott