Lincoln's victory in the presidential election of November 1860 made South Carolina's secession from the Union December 20 a foregone conclusion. The state had long been waiting for an event that would unite the South against the antislavery forces. By February 1, 1861, five more Southern states had seceded. On February 8, the six states signed a provisional constitution for the Confederate States of America. The remaining Southern states as yet remained in the Union, although Texas had begun to move on its secession.

Less than a month later, March 4, 1861, Abraham Lincoln was sworn in as president of the United States. In his inaugural address, he declared the Confederacy "legally void." His speech closed with a plea for restoration of the bonds of union, but the South turned a deaf ear. On April 12, Confederate guns opened fire on the federal garrison at Fort Sumter in the Charleston, South Carolina, harbor. A war had begun in which more Americans would die than in any other conflict before or since.

In the seven states that had seceded, the people responded positively to the Confederate action and the leadership of Confederate President Jefferson Davis. Both sides now tensely awaited the action of the slave states that thus far had remained loyal. Virginia seceded on April 17; Arkansas, Tennessee, and North Carolina followed quickly.

No state left the Union with greater reluctance than Virginia. Her statesmen had a leading part in the winning of the Revolution and the framing of the Constitution, and she had provided the nation with five presidents. With Virginia went Colonel Robert E. Lee, who declined the command of the Union Army out of loyalty to his native state.

Between the enlarged Confederacy and the free-soil North lay the border slave states of Delaware, Maryland, Kentucky, and Missouri, which, despite some sympathy with the South, would remain loyal to the Union.

Each side entered the war with high hopes for an early victory. In material resources the North enjoyed a decided advantage. Twenty-three states with a population of 22 million were arrayed against 11 states inhabited by nine million, including slaves. The industrial superiority of the North exceeded even its preponderance in population, providing it with abundant facilities for manufacturing arms and ammunition, clothing, and other supplies. It had a greatly superior railway network.

The South nonetheless had certain advantages. The most important was geography; the South was fighting a defensive war on its own territory. It could establish its independence simply by beating off the Northern armies. The South also had a stronger military tradition, and possessed the more experienced military leaders.

secession from the Union December 20 a foregone conclusion. The state had long been waiting for an event that would unite the South against the antislavery forces. By February 1, 1861, five more Southern states had seceded. On February 8, the six states signed a provisional constitution for the Confederate States of America." data-share-imageurl=""> 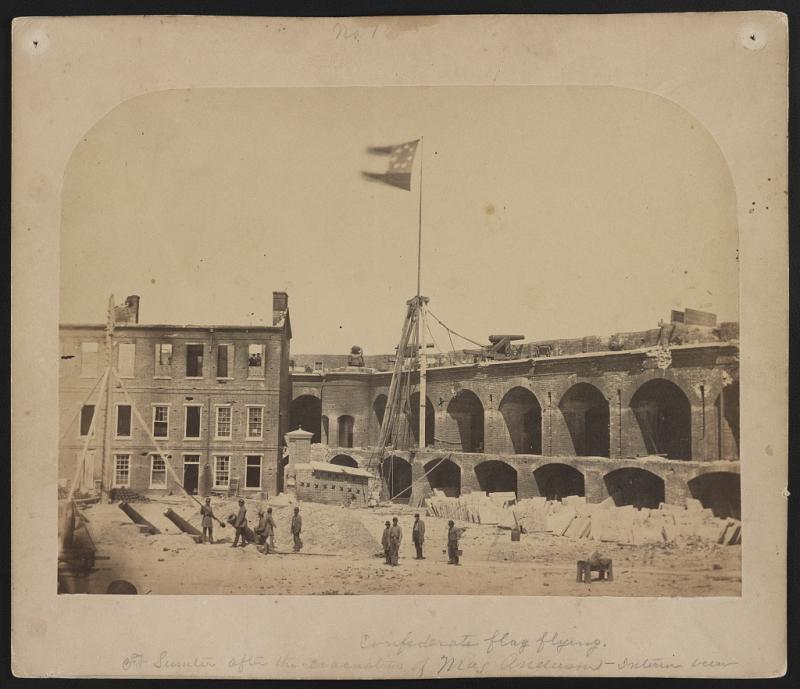 This photograph shows the Confederate flag flying at Fort Sumter on April 15, 1861. Before the battle at Fort Sumner, seven states had seceded from the Union; after Sumner fell, four more, including North Carolina and Virginia, would secede. 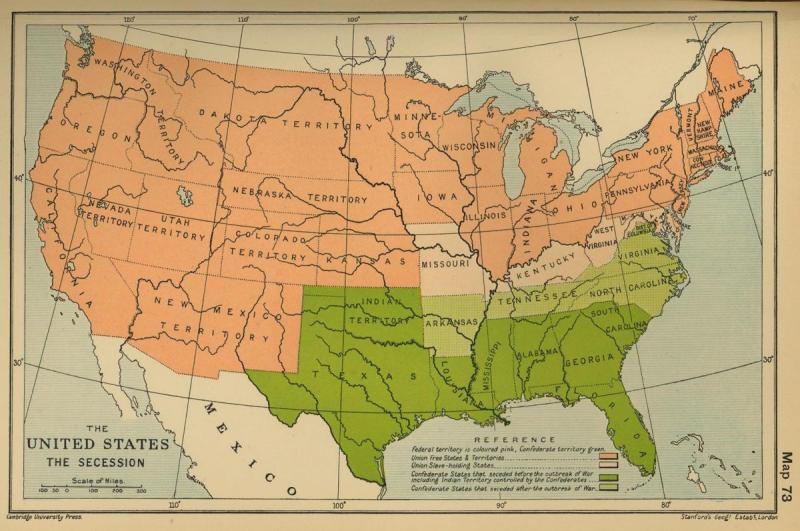