A Society in Transition

Shifts in the structure of American society, begun years or even decades earlier, had become apparent by the time the 1980s arrived. The composition of the population and the most important jobs and skills in American society had undergone major changes.

The dominance of service jobs in the economy became undeniable. By the mid-1980s, nearly three-fourths of all employees worked in the service sector, for instance, as retail clerks, office workers, teachers, physicians, and government employees.

Service-sector activity benefited from the availability and increased use of the computer. The information age arrived, with hardware and software that could aggregate previously unimagined amounts of data about economic and social trends. The federal government had made significant investments in computer technology in the 1950s and 1960s for its military and space programs.

In 1976, two young California entrepreneurs, working out of a garage, assembled the first widely marketed computer for home use, named it the Apple, and ignited a revolution. By the early 1980s, millions of microcomputers had found their way into U.S. businesses and homes, and in 1982, Time magazine dubbed the computer its "Machine of the Year."

Meanwhile, America's "smokestack industries" were in decline. The U.S. automobile industry reeled under competition from highly efficient Japanese carmakers. By 1980 Japanese companies already manufactured a fifth of the vehicles sold in the United States. American manufacturers struggled with some success to match the cost efficiencies and engineering standards of their Japanese rivals, but their former dominance of the domestic car market was gone forever. The giant old-line steel companies shrank to relative insignificance as foreign steel makers adopted new technologies more readily.

Consumers were the beneficiaries of this ferocious competition in the manufacturing industries, but the painful struggle to cut costs meant the permanent loss of hundreds of thousands of blue-collar jobs. Those who could made the switch to the service sector; others became unfortunate statistics.

Population patterns shifted as well. After the end of the postwar "baby boom" (1946 to 1964), the overall rate of population growth declined and the population grew older. Household composition also changed. In 1980 the percentage of family households dropped; a quarter of all groups were now classified as "nonfamily households," in which two or more unrelated persons lived together.

New immigrants changed the character of American society in other ways. The 1965 reform in immigration policy shifted the focus away from Western Europe, facilitating a dramatic increase in new arrivals from Asia and Latin America. In 1980, 808,000 immigrants arrived, the highest number in 60 years, as the country once more became a haven for people from around the world. 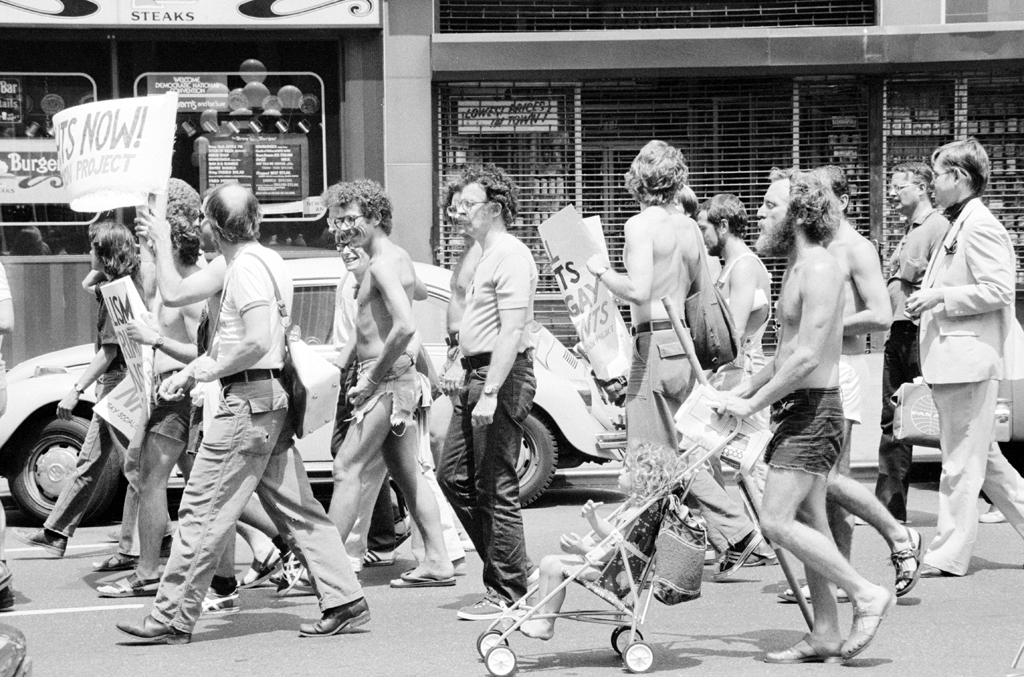 Additional groups became active participants in the struggle for equal opportunity. Homosexuals, using the tactics and rhetoric of the civil rights movement, depicted themselves as an oppressed group seeking recognition of basic rights. In 1975, the U.S. Civil Service Commission lifted its ban on employment of homosexuals. Many states enacted anti-discrimination laws.

Then, in 1981, came the discovery of AIDS (Acquired Immune Deficiency Syndrome). Transmitted sexually or through blood transfusions, it struck homosexual men and intravenous drug users with particular virulence, although the general population proved vulnerable as well. By 1992, over 220,000 Americans had died of AIDS. The AIDS epidemic has by no means been limited to the United States, and the effort to treat the disease now encompasses physicians and medical researchers throughout the world.