To say the least, it was incredible. The news relayed by the voice on the other end of the phone line hit the president of the San Gabriel Valley Radio Club like a blow to the head. Too incredible, Henry Richter hoped, to be true.

Hope was something Richter knew quite well. It went with the job. Not only as president of a local ham radio club; although you always hoped the guy on the other side of the world talking to you over the shortwave would have something interesting to say. No, Richter's familiarity with hope came as a charter member of the nascent space exploration industry.

"Some of the things that occurred during that period I can recall like they happened yesterday," said 80-year-old Richter. "There was a warning that it was going to happen, but they were so secretive about everything. Why would they change now?"

The warning materialized in the form of a phone call from Richter's boss, William Pickering, the director of the Jet Propulsion Laboratory. Pickering was attending meetings in Washington when he heard from a Russian scientist that the Soviets would launch a satellite in the near future. 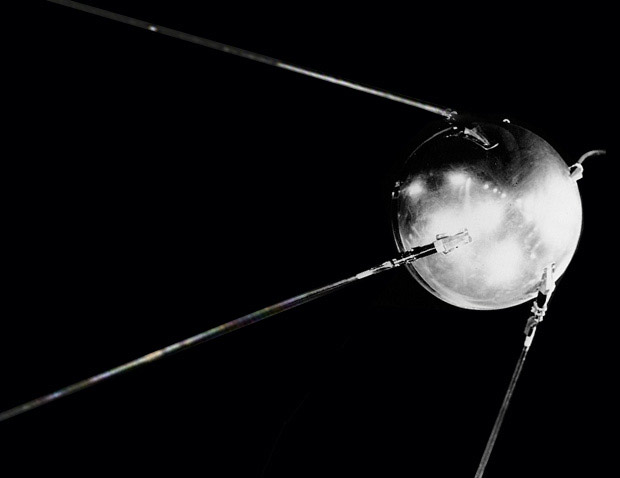 On October 4 at 10:28 p.m. Moscow time, a brilliant and deafening detonation of smoke and flame illuminated the Soviet Union's rocket test site near Tyuratam, Kazkhistan, as the 32 nozzles announced the rise of the Russian R-7 intercontinental ballistic missile. 295 seconds and 142 miles later, the last of the R-7's engines shut down for good. Soon after, pneumatic locks were activated, a nosecone fairing separated, and an antenna spike was released. Then, in one final act that signaled the dawn of the space age, a pushrod connected to a bulkhead of the R-7 was activated, shoving a 183-pound beach ball-sized aluminum sphere into the cold, harsh blackness of space. Sputnik had arrived.

"I was in my office in Building 125 at JPL when Dr. Pickering called again," said Richter. "I do not recall exactly what was said but it was a short conversation about Sputnik. I then went to a radio receiver and tried to dial it in."

The Russians were advertising that signals from their satellite could be received on a frequency 20 MHz (megacycles). But all Richter could dial in was static. He immediately suspected the high-tension wires located on a hill above JPL were blocking out the frequency. So the U.S. Navy veteran and Caltech graduate got on the phone, but not to his boss Pickering this time. Instead, he called a friend, and more importantly, a member of the San Gabriel Valley Radio Club.

"Bob Legg had a lot of ingenuity and his own ham setup, and he lived in nearby Temple City," said Richter. "At the time there were no high tension wires near Bob's home, so he had a clear shot at receiving a signal."

The one thing Legg did not have was an antenna that could pick up transmissions on 20 MHz. So the resourceful Legg looked around his house and found something he thought could do the job: a wire-mesh mosquito screen on one of his windows. He ran a wire from the screen to his radio, dialed in 20 MHz and listened.

Amateur radio operators could hear these beeps from Sputnik as it passed overhead.

"When Bob called me back and said he'd heard it I sort of went numb," said Richter. "America had been working toward being first in space. The United States had plans on launching a Navy satellite called Vanguard in the coming months. And the Russians had beaten us to it."

As stunned as Richter felt, he knew he still had a job to do. There were many questions to be answered. What could our Cold War enemies do that we could not? What exactly was it that was placed in an orbit above our heads? And most immediate, what was the significance of the continuous string of pulse transmissions radiating out of Sputnik? Richter knew his country's leaders would need these answers as soon as possible. He also knew that JPL was one of the few places in the nation with personnel who had the knowledge, training and equipment to tell them.

Richter and three others piled JPL's best radio gear into a trailer, hooked it to a JPL truck and headed as far away from those infernal high-tension wires as they could. An hour later they pulled up to the substation of the Temple City Sheriff's Department. 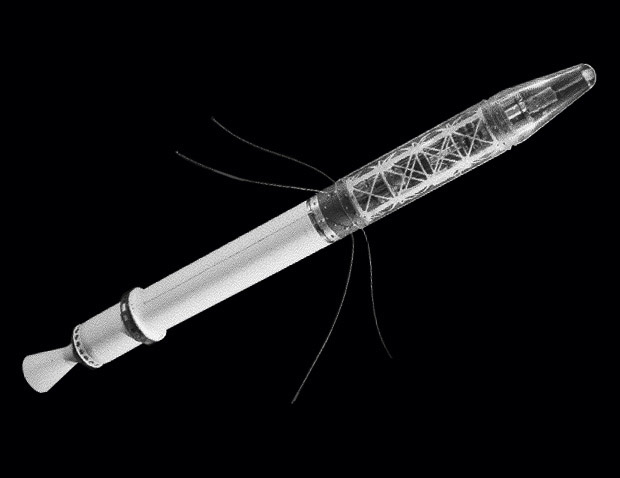 "We went here because they were part of a disaster preparedness group. I knew they had a ham radio station and that they could get clear signals from their location," said Richter, "which was appropriate because this certainly qualified as a disaster in my book. Furthermore, the hams had built a Microlock Station there in anticipation of tracking our American satellite."

Moments after arrival, the JPLers hooked into the station's power supply, powered up their best receiver, adjusted their antenna and waited. They soon became among the first humans to hear the 'beep-beep-beep' that was announcing the birth of the space age.

In the name of national security Richter and company soon took over the basement of the sheriff's building and set up for the long haul.

"It came in loud and clear," said Richter. "But we did more than listen. We took audio on a reel-to-reel recorder and rolls of strip chart plots of these first signals. We were looking for anything, trying to decipher the significance of what Sputnik was sending out."

Over the next days, weeks and even months, the significance of Sputnik's signals was fiercely debated. Some scientists stated the space transmissions were simply a carrier signal, intended to assist in the confirmation and tracking of the satellite. Others charged that the Soviets were receiving scientific information from Sputnik in code.

While the debate raged, Richter and his group concentrated on the job at hand. Ensconced in the sheriff's basement, they did not immediately appreciate the effect the Soviet achievement had on world opinion. As they monitored and documented the satellite's orbits, the word Sputnik itself, which means "companion" in Russian, quickly became part of the American lexicon. Sputnik was on the front page of just about every major newspaper in America. Within days of their discovery, a wave of VIPs began streaming in to the Temple City Sheriff's Department to hear for themselves what America's Cold War enemies had achieved.

"JPL and Caltech staff were dropping by to get an earful and it soon got pretty crowded in that basement," said Richter. "Then the media came, including the three networks. There were so many people crowded into that small room, it got to be too much. So I said the next guy to come down those stairs was getting kicked out. Sure enough, here comes someone and without looking I told him to get the heck out. Turns out, it was the Under-Sheriff Pitchess of Los Angeles County. It was his station and he could have kicked me out, but instead he turned around and left his own basement; more than once he referred to that incident publicly. He was a proud American and knew we were doing important work."

JPL's important work in the basement of the Temple City Sheriff's Department would go on for several months. But well before Sputnik gave its final beep 22 days later, Richter was pulled away to work on another important project. On behalf of JPL and his boss Dr. William Pickering, Richter crisscrossed the country, representing the team that would find the perfect instruments to go into a JPL-made satellite.

At 11:45 AM on December 6, 1957, a nationwide audience watched as the Navy's Vanguard rocket, the United States first orbital space attempt, exploded on the pad. America's next shot at the high ground came from JPL and the US Army's Explorer program.

"Explorer was a crash program," said Richter. "We were determined to get this thing up one way or another and Sputnik merely pushed the button."

On January 31, 1958, a Juno rocket climbed eastward into the night's sky over Cape Canaveral, Florida. Within minutes, the Juno and its cargo, the JPL-manufactured satellite called Explorer 1, disappeared over the horizon -- its fate unknown.

"I was at the Cape that night waiting for our JPL listening post on the West Coast to confirm that they heard signals coming down from the satellite," said Richter. "We had all these listening posts and the first call I get is from one of my club's ham radio operators saying they were receiving Explorer 1. My guys were first to hear we made it, that we made it for America."

ham radio club; although you always hoped the guy on the other side of the world talking to you over the shortwave would have something interesting to say." data-share-imageurl="">