In the early nineteenth century, North Carolina men from all walks of life often resorted to violence to settle quarrels and arguments. For those near the lower end of the social scale this usually meant fists and bad language. For those who considered themselves gentlemen, it often meant a duel. Preceded by a formal exchange of challenge and response, a duel with swords or pistols continued until the offended party declared that honor had been satisfied or until one of the combatants was wounded or killed. In September, 1802, North Carolinians were shocked by a fatal duel involving two of the state’s leading citizens.

Richard Dobbs Spaight, by the age of 44, had had a distinguished career in North Carolina politics. Spaight had fought for the patriot cause in the Revolution under General Caswell, served several terms in the North Carolina House of Commons, represented North Carolina in both the Continental Congress and the United States Congress, and been elected the first native-born governor of the state. Spaight’s opponent in the duel, John Stanly, was 28 in 1802, but had already followed a Princeton education with service in the North Carolina General Assembly. In 1802 he was the United States Congressional Representative from the district once served by Spaight. Both men lived in New Bern and were members of the Jeffersonian Republican Party.

Trouble began when friends advised Spaight that Stanly had raised questions about Spaight’s allegiance to the Republican Party. An angered Spaight demanded that Stanly “…give me that satisfaction which one gentleman has a right to demand of another.” Several more letters were exchanged between the two men which appeared to settle the matter, and Stanly gave Spaight permission to clear the air by publishing their correspondence. In forwarding their letters to the New Bern Gazette, however, Spaight added several remarks which Stanly found offensive. This led to an increasingly heated exchange in the newspaper and finished with Stanly distributing a handbill in which he accused Spaight of wishing to “strut the bravo” with remarks which showed a “malicious, low and unmanly spirit.” In reply, Spaight published a flyer accusing Stanly of being “a liar and scoundrel.” Stanly challenged Spaight and the two men and their seconds met at 5:30 on the afternoon of September 5th behind the Masonic Hall in New Bern. Standing opposite each other, armed with pistols, the two men exchanged fire three times with no damage except a tear in Stanly’s coat. On the fourth exchange Spaight was hit in the side. He died the next day.

There was general shock and outrage in the state over the loss of so distinguished a leader as Richard Dobbs Spaight. Stanly defended himself eloquently in a letter to Governor Benjamin Williams who issued a pardon absolving him from legal guilt. The General Assembly, however, passed on November 5, 1802, a bill entitled “An Act to Prevent the Vile Practice of Dueling Within This State.” The new law provided that anyone who participated in a duel would be heavily fined and barred from any office of trust or profit in state service. If an individual were the survivor of a duel to the death, he and any who assisted him would hang “without benefit of clergy.”

The act of 1802 put North Carolina on record as opposing dueling, but it did not stop the practice completely. For one thing, the act only applied to duels within the state. North Carolinians could cross the border into either South Carolina or Virginia where the practice was tolerated. The prohibition against dueling itself was often ignored by those who respected the old custom more than the new law. Gradually, however, dueling became less common until it disappeared in the middle of the nineteenth century.

combatants was wounded or killed." data-share-imageurl=""> 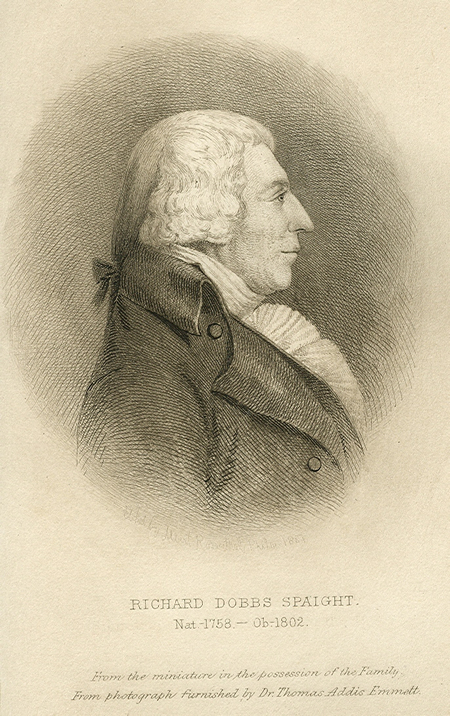 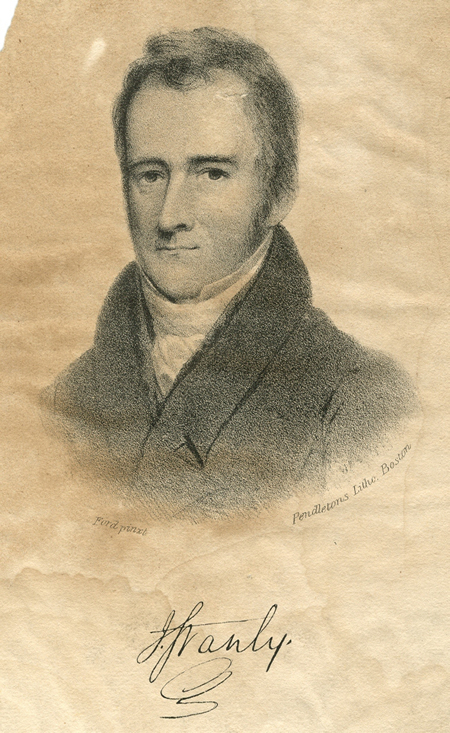 In 1802, Richard Dobbs Spaight (above) and John Stanly (below) dueled to the death over a political dispute.