After their victory in the Battle of the Bulge, American, British, and French forces pressed eastward into Germany, while Soviet troops invaded from the east. In April, his armies and government collapsing, Hitler committed suicide. His generals, recognizing that they had no hope left of victory, surrendered on May 7. In the west, the German surrender became effective on May 8. In the east, a separate surrender signed with Soviet forces became effective on the 9th. 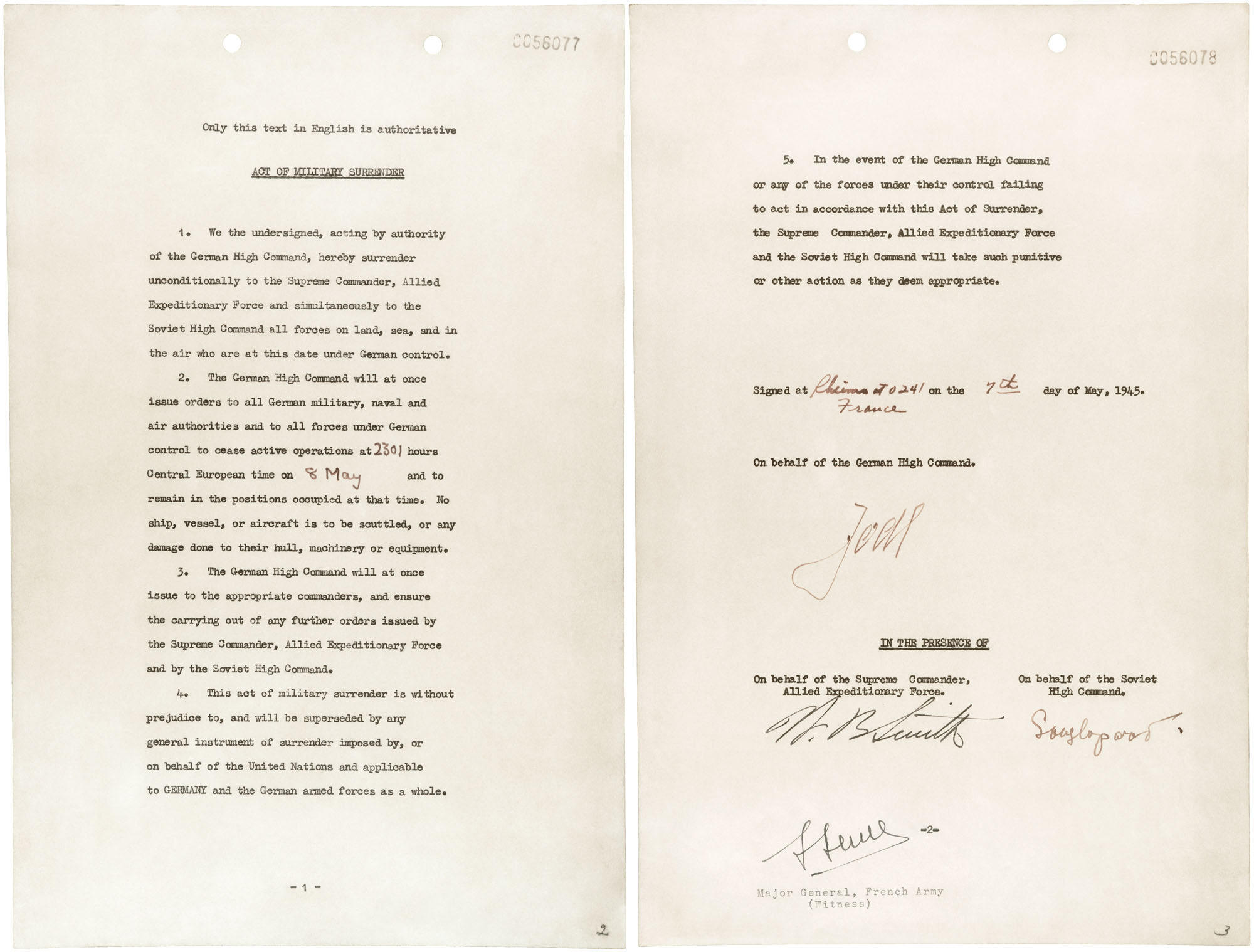 For Europeans, the war ended on "V-E Day" -- Victory in Europe Day, May 8, 1945 (or May 9 in the Soviet Union). Sixty years later, the U.S. State Department invited Europeans to share their memories of V-E Day. A woman from the island of Malta in the Mediterranean recounted her mother's story:

At the time my mother was 10 years old. She remembers the bells started to ring and everyone went out into the streets because the bells hadn't been rung for the whole duration of the war. Then the word went round that the war was over and her mother started to cry and hug her and her five brothers, squeezing them all so hard that it hurt. Out in the streets, everyone was dancing and celebrating when a neighbour remembered that that day was May 8th -- the feast of Our Lady of Pompeii -- and many people started to pray and thank our Lady for once again bringing such joyous news, the same as the joyous occasions of the Sta. Maria convoy on the feast of the Assumption, that had saved Malta from starvation.

They didn't have much to eat other than the produce that her mother grew on the small piece of land that they had, no bread either, but that evening when her eldest brother and father were released from barracks duty, her mother killed one of her egg laying chickens and they celebrated with chicken and the chocolate that had been part of her father and her brother's emergency rations. My mother says that having the family reunited was what made her happy most, as well as the fact that that night she could sleep the whole night through and not have to grab a blanket and run to the damp, overcrowded shelters, after having been woken up by the air-raid warning alarm.*

But for Americans, war still raged in the Pacific. The Allies controlled a line of islands leading to Japan's door, but Japan showed no sign of being willing to surrender. Americans braced themselves for an invasion and a long, bloody battle in Japan itself.

radio broadcast, May 4, 1945, in which Edward R. Murrow announces the surrender of German troops to Field Marshal Sir Bernard Montgomery. The report also includes a fragment of Montgomery’s remarks following the surrender.

After their victory in the Battle of the Bulge, American, British, and French forces pressed eastward into Germany, while Soviet troops invaded from the east. In April, his armies and government collapsing, Hitler committed suicide." data-share-imageurl=""> 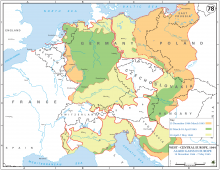