The War and German Americans

Every war the U.S. has fought has been vocally opposed by a minority of Americans, and World War I was no different. But it was quickly assumed by many Americans that all German-Americans were loyal to the Kaiser. People with German-sounding last names were persecuted. German-owned businesses faced boycotts. In towns founded by German immigrants, German street names were changed. A Minnesota man was tarred and feathered when he was heard praying in German with a dying woman. At least one man was hanged merely because he was believed to be of German descent. High schools dropped German classes, and schools in majority-German areas were required to teach only in English. In Iowa, a 1918 law prohibited speaking any language other than English in public.

Woodrow Wilson’s administration was directly responsible for this anti-German-American hysteria. The government’s propaganda posters portrayed Germans as brutes and barbarians (”the Hun”), encouraging Americans to dehumanize the enemy — to think of Germans as less than human.

In November 1917, former U.S. ambassador to Germany James W. Gerard made a speech in which he openly questioned the loyalty of German-Americans. Speaking to the Ladies Aid Society of St. Mary’s Hospital in New York, he demanded the complete devotion of all Americans to the war effort and threatened to hang German-American spies from lamp-posts. Twenty years earlier, Gerard’s speech would likely have been forgotten. But by 1917, the speech could be recorded, pressed onto records, and distributed. Gerard’s references to lynching were heard across the country. 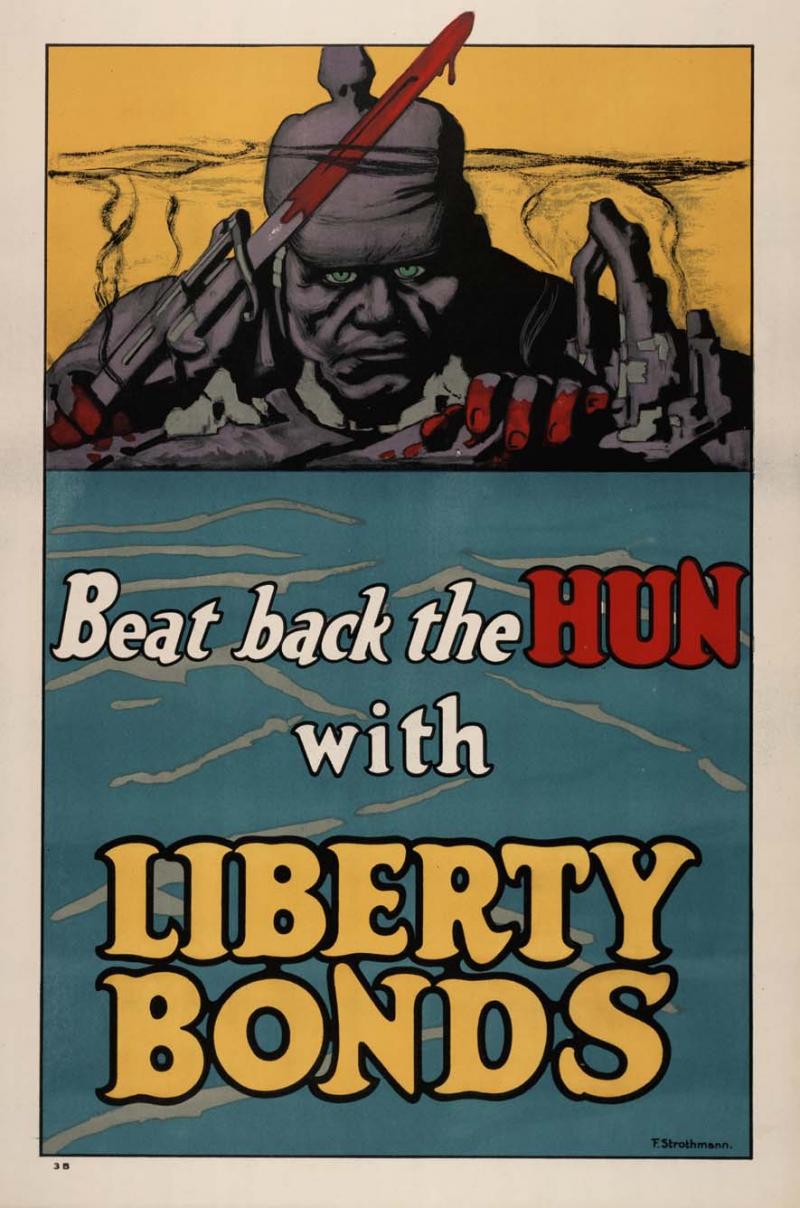