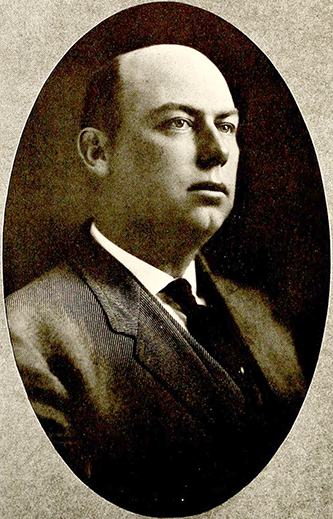 John Hampton Adams, a pioneer in the High Point textile industry, was born on a plantation near Adamsville, Marlboro County, S.C., the son of Jonathan and Mary Jane Newton Adams. Jonathan Adams was a prosperous planter whose successes were interrupted by the Civil War, during which he served in the Confederate Army and by the establishment of a free labor system.

John H. Adams, the only son in a family of ten children, attended the Palmetto High School, Adamsville, and the Oak Ridge Institute, Guilford County, N.C. He first entered business in South Carolina as a bookkeeper with W. B. Adams and Company and later held a similar position with F. P. Tatum of McColl, S.C. In 1900 Adams settled in High Point, where he was to pioneer the manufacture of hosiery. He became an associate of J. Henry Millis, himself a pioneer High Point industrialist and businessman. After an apprenticeship as bookkeeper, he joined Millis in organizing and then actively managing a business to manufacture pants and overalls. In marketing the products, he provided his salesmen with a complementary line of hosiery manufactured by a small Randleman mill. Both lines prospered, and soon Adams and Millis decided to expand their operation to include the manufacture of hosiery. In 1904 they, with eleven other investors, organized the High Point Hosiery Mill. Adams induced one of the investors, Charles C. Robbins of Asheboro, a man experienced in the hosiery textile industry, to join in the management of the company. The hosiery operation subsequently proved so lucrative that it displaced the parent line; Adams devoted his full attention to the manufacture of hosiery. The business grew so rapidly that the capacity of the plant was substantially increased. The Adams and Millis interests organized other manufacturing concerns, including the Piedmont Mills, the Kernersville Knitting Company, the Pioneer Hosiery Company, and the Consolidated Mills Company. Soon allied industries were launched to facilitate hosiery production by this sprawling complex of companies. The Highland Cotton Mills and the Cloverdale Dye Works were founded to supply the ever-increasing need for yarn. 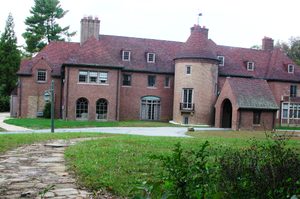 After the death of J. H. Millis in 1914, Adams was the president and manager of this industrial empire. In 1927 a consolidation of the various enterprises resulted in the organization of the Adams-Millis Corporation. This firm which was guided by Adams, its first president, until his death, was destined to become one of the nation's leading hosiery firms and to be listed on the New York Stock Exchange. Before 1927 the Adams-Millis interests specialized in lower-priced seamless hosiery (at one time being the world's leading producer), but in 1929 they opened a modern full-fashioned hosiery mill. Thereafter they were among the leading producers of both hosiery styles.

Adams's influence on the hosiery industry reached beyond his own companies. He frequently advised and invested in other manufacturing enterprises in High Point and throughout North Carolina. In addition to his business activities Adams was a director of the Wachovia Bank and Trust Company, a trustee of the Oak Ridge Institute, and a steward and trustee of Wesley Memorial Methodist Church, of which he was a dedicated member.

J. H. Adams was married on 14 June 1906 to Elizabeth Barnes of Bennettsville, S.C. She and two daughters, Martha Ellen (Nell) and Elizabeth, survived him. Adams was buried in Oakwood Cemetery in High Point.