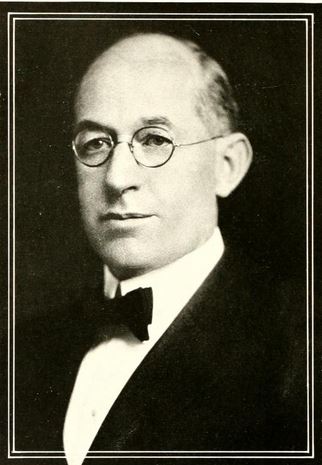 Raymond Binford, president of Guilford College, was born in Carthage, Ind., of English ancestry. His father was Josiah Binford, a Quaker farmer, and his mother was Margaret Hill Binford. He grew up in Carthage, Ind., and Wichita, Kans., and attended the Haviland (Friends) Academy. He received the B.S. degree at Earlham College, Richmond, Ind., in 1901; the M.S. degree at The University of Chicago in 1906; and the Ph.D. at Johns Hopkins University in 1912. He served as professor of biology and geology at Guilford College, near Greensboro, from 1901 to 1914 and from 1918 to 1934. From 1914 to 1918 he was professor of biology at Earlham College. He taught for shorter periods at North Carolina Agricultural and Technical College (Greensboro) and William Penn College (Oskaloosa, Iowa). He served as president of Guilford College from 1918 to 1934 and president emeritus from 1934 to 1951, devoting forty-six years of service to this one institution.

He was recorded a Friends minister in 1905 and spent the remainder of his life as a Quaker educator and minister in a variety of positions of leadership in the religious Society of Friends and in higher education in the United States. As a scientist-educator, he achieved distinction for his creation of a liberal arts curriculum combining his insights into the natural, social, and spiritual dimensions of life. In the period following World War I he concentrated upon the development of a well-trained faculty and an integrated curriculum expressing the Quaker concern for total development of human personality, while at the same time bringing Guilford College to accreditation in 1926 with sound financing and administration.

His Quaker leadership was expressed not only through New Garden Monthly Meeting and North Carolina Yearly Meeting of Friends, but also through the national and international branch of Quakerism known as the Five Years Meeting of Friends, which he served as a member of the executive committee and chairman of the board of education. From 1941 to 1943 he was director of the Civilian Public Service Camps for conscientious objectors to World War II, at Buck Creek, near Marion, and at Gatlinburg, Tenn. He also directed an international work camp in Mexico under the American Friends Service Committee in 1945. He served under the Friends Fellowship Council and Friends World Committee for Consultation as a Travelling Minister, visiting Friends on spiritual missions throughout North America. He was the first president of the North Carolina College Conference, in 1921.

Through all these years his leadership was expressed in partnership with his wife, Helen Titsworth Binford, who was either officially or unofficially codirector or coparticipant in all these activities. In a period between the two world wars and before racial integration in the South, he was an active leader of the movement for racial equality, world peace through nonviolence, and ecumenical cooperation of all religions. His main emphasis in these efforts was expressed through his work as a scientist and educator, based on his interpretation of the spiritual nature of the universe. He expressed his political convictions through membership in the Democratic party.

Binford's marriage to Helen Bills Titsworth took place on 20 June 1913 at Richmond, Ind.; they had four children: Anna Naomi Kirschner, Richard Titsworth, Frederick Harrison, and Mary Margaret Bailey. He died at Guilford College and was buried at New Garden Cemetery. His portrait hangs in the Library of Guilford College.

Guilford College Archives (Greensboro), for a memorial to Raymond Binford.

Past Presidents of Guilford College: http://www.guilford.edu/about/leadership/index.aspx

Binford, Raymond. The germ-cells and the process of fertilization in the crab Menippe mercenaria .. [Baltimore]. 1912. https://archive.org/details/germcellsprocess00binf (accessed April 9, 2013).