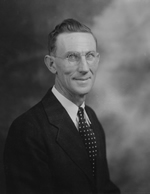 William Ernest Bird, educator, was the fifth of nine children born to Charles Asbury Bird and Sarah Ermina Terrell. Bird's paternal ancestors emigrated from England to Virginia, then to North Carolina. His grandfather, the Reverend John Williamson Bird, attained prominence as a Methodist circuit rider in southwestern North Carolina. Charles Bird earned a substantial reputation as a progressive farmer and a Democratic politician in Jackson County.

Born near Whittier, Bird studied in the Jackson County public schools and was graduated from Cullowhee Normal and Industrial School in 1911. His entire life was to revolve around the Cullowhee school, as it evolved into Western Carolina University.

Bird assumed his first administrative post in the fall of 1911 as principal of the public school at Addie. Seeking a college degree, he matriculated at Mars Hill College the following spring; soon he reentered Cullowhee, which was converting into a junior college. In 1915, Bird became one of Cullowhee's first three graduates to enroll directly in The University of North Carolina with advanced sophomore classification. He received his A.B. degree two years later. Between 1917 and 1920 he held a high school principalship at North Wilkesboro for two years and another at Sylva for one. He used his summers to earn his M.A. degree at George Peabody College for Teachers in Nashville, Tenn.

In 1920, President Robert Lee Madison of Cullowhee appointed Bird to teach English and to serve as his administrative assistant. For one year, Bird held the imposing title of vice-president; then his title was changed to dean. Except for a two-year interval as acting president, he served in the dual capacity of professor-administrator until 1956, prompting the Asheville Citizen-Times to label him "the sturdy oak" of Western Carolina College. He headed the English department from 1944 to 1947 and from 1949 to 1956. As dean, he played a key role in expanding the school's curriculum while preserving its original emphasis on training teachers. 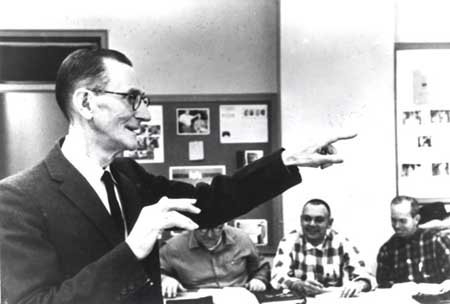 On 9 Oct. 1947, President Hiram T. Hunter died, and Bird was designated acting president. He secured the state legislature's acceptance of a $2.05 million supplementary appropriation to facilitate a five-year building program inaugurated by Hunter. In addition, he articulated the college's formal educational philosophy, stressing the goals of integrating spiritual, intellectual, and practical development and of preparing students for life in a responsible, democratic society. At the end of his term, his professional colleagues selected him to preside over the North Carolina College Conference (1949–50).

In September 1949, Bird resumed his former dual post. However, in March 1956, on the verge of mandatory retirement, he ascended to the full presidency. During his short term, Bird procured $975,000 from the state; he cooperated with the officials of other state universities to persuade the legislature to increase faculty members' base salaries and to augment the number of staff members; and he presided over the admission of Western Carolina's first black student. He resigned on 31 July 1957, but he remained connected with the school as president emeritus and college historian. In 1960, Western Carolina granted him an honorary doctorate and dedicated the Bird Administration Building.

An interest in local history stimulated Bird to help create the Western North Carolina Historical Association in 1951 and serve as its first president. His History of Western Carolina College was published in 1963. He also published two small volumes of precisely structured poetry, Lyrics of a Layman (1962) and Level Paths: New Songs by the Layman (1964). All Bird's writings reflected his self-discipline, joy in nature, pedantic conviviality, and devotion to spiritual values. A devout Methodist, he participated actively in local church work and sat on the Western North Carolina Methodist Conference's educational board. Early in life, he joined both the Masonic Lodge at East LaPorte and the Sylva Rotary Club, serving a stint as president of the latter.

Predictably, Bird met his wife at Cullowhee School. On 16 Aug. 1916, he married Myrtle Wells, the daughter of a Buncombe County farmer. The Birds had three children, all born between 1923 and 1926: Sarah Anne, Charles Wells, and Helen Gertrude.