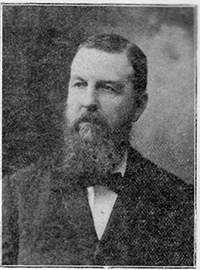 Levi Branson, educator, Methodist minister, writer, editor, and publisher, was born and reared on a farm in Randolph County about five miles south of Asheboro. He was the second of nine children born to William Branson (1804–79) and his first wife, Martha Nance (1810–64). His paternal grandfather and great-grandfather—both also named Levi—and his great-great-grandfather, Thomas Branson, were prominent farmers in the Randolph County area before the Revolution, when the area was part of older counties.

Young Levi Branson was schooled at home in the history and traditions of the Branson family. He received his formal education in the public schools and at Trinity College in Randolph County. After being graduated with the A.B. degree, Branson became a schoolteacher, at the same time taking graduate studies for the A.M. degree. Conspicuous energy and success in the teaching profession brought him to the attention of the Reverend W. H. Cunniggim of Hookerton, a Methodist minister and educator who in the early 1850s led a group of citizens in establishing Lenoir Male and Female Seminary at the place now called The Institute, located near the Lenoir and Greene County lines northeastward of LaGrange in Lenoir County.

Branson was employed as principal of Lenoir Male and Female Seminary in 1855. In 1856 the board of directors changed the school's name to Lenoir Collegiate Institute, expanded the curriculum to add the first two years of a college liberal arts program, and elected Branson president. He immediately launched a major building program. Included were new residence halls, a new classroom building, and a Methodist church. In April 1857 newspaper advertisements announced the opening of the new facilities.

As president of the institute, Branson was highly active in developing other educational and cultural interests in the Lenoir and Greene county area. He was a founder of the Lenoir County Educational and Literary Association, which is still in existence under a slightly altered name. He served several years as its secretary and was a strong friend of the first state superintendent of schools, Calvin Wiley. Through the influence of his educational and literary association membership, a number of lending libraries were opened in private homes and businesses. He aroused an interest in local and state history, leading to organization of a local historical association. His great admiration for his father-in-law led him to enter the Methodist ministry as an additional career of service.

The institute flourished until the Civil War forced the closing of the college program. The lower-level programs continued until the 1880s, but by 1862, Kinston and Lenoir County were being attacked by Federal forces based at New Bern. Branson moved his family to Raleigh, bought the inn on the site of the present Justice Building (the location of Casso's Tavern in 1796), and became editor and publisher of elementary school textbooks. The inn became for the next thirty years the Branson House. Operated by Mrs. Edith Branson, it was a popular boardinghouse. The Bransons sold it to the Reverend Isaac J. White in about 1896, but it was still operating as the Branson House in the early 1900s. 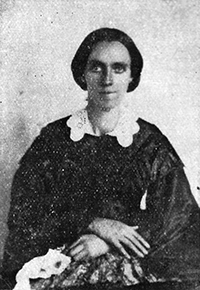 Branson's publishing business was sustained even during the Civil War. Parents wished to have children of the Confederacy educated from textbooks with a slight flavor of patriotism. Textbooks Branson published in 1863 included Levi Branson's First Book in Composition, Especially Designed for the Use of Southern Schools; A Geographical Reader for Dixie Children, written by his sister, Mrs. Marinda Branson Moore, who was a schoolteacher in Rockingham County; and York's Grammar, which, one may hope, gave due emphasis to southern accents.

Perhaps his best-known publication was Branson's North Carolina Business Directory, a major periodical of great interest and usefulness at that time and permanently valuable to researchers in North Carolina history of the last half of the nineteenth century. The Business Directory was published in Raleigh at irregular intervals from 1865 to 1896—eight editions in all. Branson personally edited all editions and published most editions. He never ceased to take a keen interest in educational, civic, and religious activities and developments in his town and in the state at large. In compiling editions of the Business Directory, he maintained for more than thirty years a continuing correspondence and acquaintance with hundreds of the best informed citizens in every county, town, and village; his files became a huge archive. In his later years, his daughters and his wife became able assistants in his editing and publishing work. His last venture in publishing was a first issue and prospectus for a new quarterly periodical proposed in 1898 and titled Branson's Magazine of Genealogies. It included, by way of illustration, some genealogical materials on the Branson family. Failing health and energies scuttled the enterprise but not the idea: his friend and admirer the Reverend J. R. B. Hathaway brought it to fruit in publishing the North Carolina Historical and Genealogical Register for a few years in the early 1900s.

By 1903, repeated illnesses led Branson and his wife to go to Atlanta to stay with their daughter and son-in-law, Edith and Quinton Adams. Branson died at their home in Atlanta. His body was returned by train to Raleigh for his funeral and was interred in Oakwood Cemetery on 6 Dec.