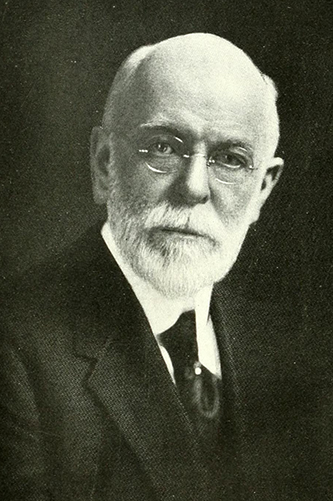 Thomas Henry Briggs, merchant, banker, and religious leader, was born in Raleigh, the son of Thomas Henry and Evelina Norwood Briggs. He attended Lovejoy Academy and was graduated from Wake Forest College in 1870. In that year he and his brother joined as copartners the wholesale and retail hardware business that their father had established in 1865. The firm, Thomas H. Briggs & Sons, is still operated by the Briggs family in its original building on Fayetteville Street, Raleigh. Young Briggs became active in community development and was one of the organizers of the local YMCA . He also assisted in organizing and became secretary and treasurer of the Wake County Cattle Club. He was an organizer of the Commercial National Bank and president of the Wake County Savings Bank, treasurer and trustee of Wake Forest College, a trustee of the Agricultural and Mechanical College, Greensboro, and a member of the Raleigh School Committee. He spent a great deal of time in religious work, particularly in organizing Sunday schools and in extension work with the Baptist church.

Briggs married Sarah Grandy on 21 Oct. 1874; they were the parents of Willis Grandy and Elizabeth Norwood. Briggs was buried in Oakwood Cemetery, Raleigh. 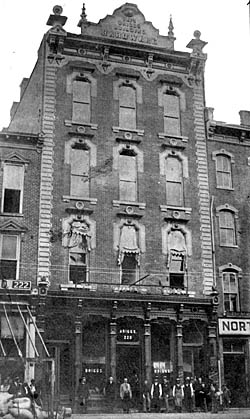 Historic view of the Briggs Hardware Building Photo courtesy of the North Carolina Division of Archives and History. Courtesy of the National Park Service. Available from https://www.nps.gov/nr/travel/raleigh/bri.htm (accessed April 19, 2013).