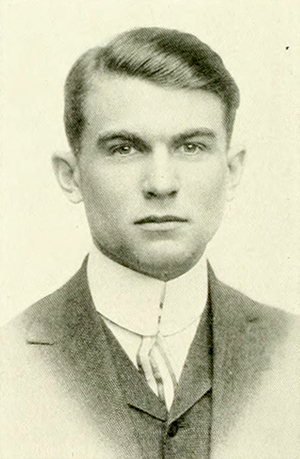 Joseph Shepard Bryan, educator and lawyer, was born in Wilmington, the only son of Robert Kedar Bryan, Jr., and Gertrude Foy Shepard Bryan. He had one sister, Gertrude, who married lawyer Edward M. Toon. His mother was the daughter of Wilmington physician J. C. Shepard; his father was a Pender County planter and lawyer who served for many years as chairman of the county board of education. His grandfather, Robert Kedar Bryan, Sr. (1827–98), was a newspaper editor.

J. Shepard Bryan received a liberal education from Horner Military Academy in Oxford and in 1915 was graduated from The University of North Carolina. For the next twenty-two years, he dedicated his efforts to the advancement of public education. His first employment (1915–16) was as principal of a junior high school in Greensboro, Fla. He returned to North Carolina and served from 1916 to 1920 as principal of Hemenway Grammar School in Wilmington. For a brief period in 1917, he trained at First Officers' Training Camp at Fort Oglethorpe, Ga., but after his discharge for physical disability, he contributed to the war effort as a speaker and as chairman of the Junior Red Cross Division in Wilmington.

From 1920 to 1926, Bryan was principal of Wilson High School. In 1923 the school moved into new facilities that provided modern equipment for science, home economics, athletics, and other subjects. The high school achieved state-wide recognition for its diverse curriculum, qualified teaching staff, and student scholarship. Bryan's educational philosophy and administrative techniques were greatly influenced during this period by his friend and mentor, Wilson Superintendent Charles L. Coon.

Bryan was appointed in 1926 as superintendent of Dunn city schools, and for eleven years he sought to improve the course of study, the caliber of teaching, and the level of scholarship. While he was Dunn superintendent, Bryan studied law at Wake Forest College and was admitted to the bar in 1933. In 1934 he became Dunn city attorney, and in 1937 he retired from school work to enter full-time law practice. He acted as solicitor of Dunn's recorder's court and as president of the Harnett County Bar Association.

Bryan was a noted leader in community affairs and an active lay leader in the Methodist Episcopal Church, South. He served on the board of directors of the North Carolina League of Municipalities and was a district chairman of the Morehead Scholarship Fund. He was elected in 1937 as governor of District 188 of Rotary International and, during that year, attended meetings of the organization held in Switzerland and France. He was a member of the Kiwanis Club, the Junior Order of United American Mechanics, and the Democratic party.

On 27 Dec. 1921, Bryan was married to Anna Cavanaugh, with whom he later had two sons, Joseph Shepard, Jr., and Robert Cavanaugh.

Bryan died in Dunn at age eighty of a heart ailment, and burial took place at Greenwood Cemetery.