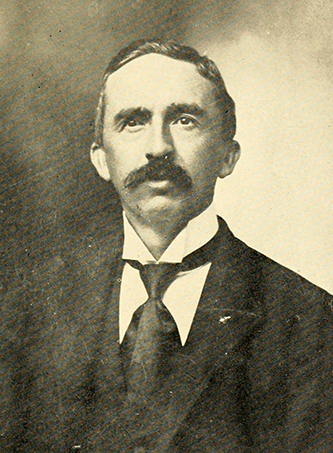 John Bethune Carlyle, college professor, was born at St. Pauls, Robeson County. The Carlyles lived in what is now Robeson County long before the county was established. Saunders Carlyle, a Scottish immigrant, settled there in the late eighteenth century and established his residence among the fertile fields bordering the quiet waters of Ten-Mile Swamp in Bladen (now Robeson) County. Among the children of Saunders Carlyle was Elias Carlyle (grandfather of John Bethune), who lived to the age of eighty-five, dying 24 Jan. 1881. He married Margaret Shank, who died 10 Mar. 1862. Irvin Carlyle, John Bethune's father, was born to Elias and Margaret Carlyle on 15 Feb. 1821. He married Annie Bethune, the daughter of John and Sarah McMillan Bethune. Irvin Carlyle served in Company D, Fifty-first Regiment of the North Carolina Infantry in the Confederate Army.

Immediately after the war, when young John Bethune Carlyle's school days began, the country was utterly impoverished and exhausted. The war left the Carlyles with little but their land, and under these conditions an education for the boys could not be considered. Besides, they were intended for the farm, to be tillers of the soil as their forebears had been. A common school education was considered sufficient to fill every requirement, and, hence, young Carlyle was sent first to Miss Celia Biggs, who taught a small subscription school in an old barn on Ten-Mile Swamp, and then to the common public schools of the neighborhood, his teachers being Margaret Evans and Calvin McIver. Then his education was deemed complete: he could both read and write.

Just here occurred one of those trivial events, small in themselves yet fraught with sufficient importance to change the entire current of an individual's life. The influence that caused Carlyle to secure an education and to enter upon his subsequent brilliant career was the running away of a mule. The mule became frightened and shied, overturning the cart and pinning young Carlyle under it. After this event the young boy was sickly, and his father, thinking that he might never again be fit for manual labor, considered the matter of a college education to prepare the youth as a teacher. At the age of fifteen he was sent to attend a boarding school for boys at Ashpole (now Fairmont) in Robeson County. Stimceon Ivey was principal of this school, and here Carylyle remained for three years, returning home and working on the farm during the summer months.

Borrowing the money, Carlyle entered Wake Forest College, from which he was graduated with an M.A. degree in 1887. He represented his literary society both as debater and as orator, taking the medals for oratory, for the best essay, for Greek, and for Latin. He was salutatorian of his class.

Leaving college, Carlyle taught for a year at Lumber Bridge and then was elected superintendent of public instruction of Robeson County; before he could take office he was elected assistant professor of languages at Wake Forest College. This chair he held from 1888 until 1891, when he was elected full professor of Latin. He remained at the college until his death, and from 1888 on, Wake Forest was the consuming passion of his life.

He was not only a capable and thoroughly efficient professor of Latin, but for many years he also served as fiscal agent for the college. From gifts given by hundreds of people in impoverished North Carolina, then suffering the aftereffects of the Cleveland panic, Carlyle secured money to build the Alumni Building and the College Hospital; a great deal of money was also gradually added to the college endowment. He widened the circle of the friends of the college and enlarged its material equipment, but he rendered his greatest and most lasting service as the encourager and inspirer of youth.

Despite multitudinous duties pressing upon him, Carlyle yet found time to serve as treasurer of the Student Aid Fund, president of the State Teachers Assembly, and president of the Baptist State Convention; he was also a lifelong Sunday school teacher and church deacon. He spoke frequently, in every county and in almost every town in North Carolina, on a variety of occasions: educational, patriotic, agricultural, fraternal and religious. He was also an excellent man of business. He helped organize the Bank of Wake, of which he was the first and only vice-president until his death, and he was a director in the Royall Cotton Mill.

While education was his vocation, politics was his avocation. Had he adopted a political career, all who knew him agreed that he would have been successful. He loved to lobby around the legislature, and few were quite as expert as he. He also thoroughly enjoyed addressing political conventions, and all evidence indicates that the people thoroughly enjoyed hearing him.