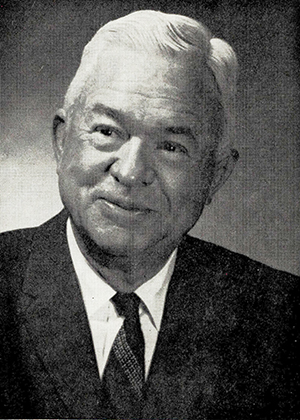 Irving Edward Carlyle, lawyer, legislator, and civic leader, was born in Wake Forest, the son of John Bethune and Dora Dunn Carlyle. John Bethune Carlyle, a native of Robeson County and of Scottish ancestry, taught Latin at Wake Forest College from 1888 until 1911. Mrs. Carlyle was from Tennessee.

Irving Carlyle received the A.B. degree from Wake Forest College in 1917, summa cum laude. He had earned letters in baseball and basketball and was manager of the football team. French and German were his majors. During the school year 1917–18 he taught and coached at Rocky Mount High School. In September 1918 he entered the Field Artillery Officers' Training School in Louisville, Ky., receiving a commission as a second lieutenant in December. From that date until May 1919 he was director of physical education and coach of the basketball and baseball teams at Wake Forest College. The next school year he taught at Liberty Piedmont Institute, a Baptist academy at Wallburg.

With Professor Needham Y. Gulley's six-week quiz course at Wake Forest his only formal study of law, Carlyle passed the North Carolina bar examination in 1920. He spent the next two years as a student at the Law School of the University of Virginia but did not stay long enough to graduate. In September 1922 he opened a law office in Winston-Salem. The next year he became associated with the law firm of Manly, Hendren, and Womble. The young lawyer later became a partner in the distinguished firm now named Womble, Carlyle, Sandridge, and Rice. In 1928 he was married to Mary Belo Moore of New Bern.

By 1930, Carlyle had begun to turn attention to the myriad other activities for which he became noted. In Winston-Salem he served as president of the Young Men's Christian Association, teacher of the Baraca Class of the First Baptist Church, and president of the Chamber of Commerce. He entered politics as Forsyth County manager of Cameron Morrison's 1932 primary campaign against Robert Reynolds for the U.S. Senate. Morrison lost in Forsyth but carried the state.

During the 1940s, Carlyle became known across the state. In 1941 he was a member of the house of representatives from Forsyth County, and in 1943, 1945, and 1951 he served in the General Assembly as the senator from Forsyth. In the senate he was chairman of the Committee on Education, the Finance Committee, and the Calendar Committee. He was a member of the state Advisory Budget Commission in 1945–46. He was a president of the North Carolina Bar Association and from 1936 to 1949 a member of the state board of law examiners. Beginning in 1948 he served fifteen years on the state board of public welfare. He gave another long period of service to the Educational Radio and Television Commission.

Always a liberal and a champion of minority groups, Carlyle often incurred the wrath of the more conservative elements in the state. Some influential persons were suspicious of a man who publicly proclaimed admiration for Franklin D. Roosevelt. Church leaders criticized him for not supporting a state-wide liquor referendum bill. Many objected to his support of Frank Porter Graham against Willis Smith in 1950. In 1952, Carlyle agreed to back William B. Umstead for governor, only to have Hubert Olive, an old friend and fellow Baptist, enter the campaign. Some Baptists never forgave Carlyle for not shifting his support to Olive. Although Carlyle was on the winning side with Umstead, he again found himself in the minority among Tar Heels when, as a member of the Democratic National Convention in 1952, he supported Adlai Stevenson.

The crisis in Carlyle's political career came in 1954. Clyde R. Hoey, North Carolina's senior U.S. senator, died that spring, leaving not only the vacancy as senator but that as keynote speaker for the 20 May North Carolina Democratic Convention in Raleigh as well. The belief was widely held that Carlyle would be appointed to the Senate, and Umstead encouraged the belief by asking Carlyle to make the keynote address. A routine anti-Republican, pro-Democrat speech was prepared. However, on 17 May the Supreme Court of the United States outlawed compulsory segregation of the races in the public schools. The next morning, Carlyle read in the newspapers Umstead's statement that he was "bitterly disappointed" with the decision. As related to Roy Thompson, Winston-Salem Journal and Sentinel reporter, Carlyle recalled, "I faced my conscience, and I knew that I had to say something meaningful to that convention." Fully aware of the consequences, Carlyle inserted an extra paragraph into his address: "The Supreme Court of the United States has spoken. As good citizens we have no other course except to obey the law as laid down by the court. To do otherwise would cost us our respect for law and order, and if we lose that in these critical times, we will have lost that quality which is the source of our strength as a state and as a nation." Although he received a big ovation, a friend remarked: "That's not approval of what you said. They're just admiring your stinkin' courage." Governor Umstead and Lieutenant Governor Luther Hodges left without mentioning the speech, and Samuel J. Ervin, Jr., went to the Senate.

In 1955 and 1956, Carlyle made numerous speeches throughout the state in opposition to the Pearsall Plan, a legislative device for evading integration. In succeeding years he supported Terry Sanford for governor against his old friend and neighbor I. Beverly Lake; defended John F. Kennedy against the suggestion that he would be a puppet of the pope; spoke against capital punishment at the Baptist State Convention of North Carolina; and opposed the Speaker Ban Law. Perhaps the most important of his state-wide appointments came during this period, when he served as chairman of Governor Sanford's Commission on Education Beyond the High School, 1961–62. Out of the report of this group, commonly known as the Carlyle Commission, came the community college program and other significant developments in education.

First elected in 1946, Carlyle served sixteen years as a trustee of Wake Forest University, including five terms as chairman. He was chairman of the successful campaign in Winston-Salem to raise money for the removal there of Wake Forest. Earlier he helped The University of North Carolina get a four-year medical school in Chapel Hill. He was also a trustee of Goucher College and of East Carolina University.

Carlyle's honorary memberships included Phi Beta Kappa, Phi Delta Phi, Omicron Delta Kappa, and the Virginia Bar Association. Wake Forest conferred upon him the LL.D. degree in 1953 and in 1969 gave him its Medallion of Merit. The University of North Carolina awarded him the LL.D. in 1968. He was a member of the National Advisory Council on Neurological Diseases and Blindness, the American Judicature Society, and the North Carolina Rhodes Scholar Committee.

Carlyle died at his home adjacent to the Wake Forest campus and was buried in Salem Cemetery. There is a portrait in the home. Carlyle and his wife had two daughters, Elizabeth Moore (Mrs. Robert D. Byerly, Jr.) and Mary Irving (Mrs. Hugh B. Campbell, Jr.).