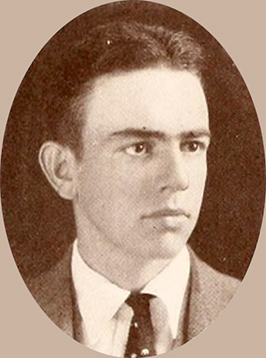 John Bethune Carlyle, Jr., physician, was born in Wake Forest, the son of Professor John B. and Dora Virginia Dunn Carlyle. Young Carlyle was graduated from Wake Forest High School and received his A.B. and B.S. degrees from Wake Forest College. He then went to Jefferson Medical College in Philadelphia, where he received his degree in medicine. His internship was spent at Cooper Hospital, Camden, N.J., in preparation for a general practice to which he had been inspired at least partially by the untimely death of his father. It was at the suggestion of Dr. Thurman Kitchin, president of Wake Forest College, that the new doctor chose Burlington as the place to begin his medical career in the fall of 1928.

Recognized throughout the years as an outstanding general practitioner, Carlyle left his practice in Burlington shortly after the United States entered World War II and served with the Army Medical Corps for the next three and a half years. He was released with the rank of major and returned to Burlington to continue his medical practice.

Shortly after Carlyle returned home, he constructed his own clinic. His life as a physician might be said truly to have been that of the "family doctor" whose general practice was one of devotion to high ethical standards in the interest of public health and professional ministry to the ill and injured he was called to serve.

Carlyle's life as private citizen was dedicated to the ideals of civic and Christian citizenship applied to church, to education, to athletics, and to the social fraternity of brotherhood and fellowship. In all his activities he was modest and spread his influence quietly, seeking no public recognition or acclaim.

U.S. Army, Historical and Pictorial Review of the Medical Department (1942).