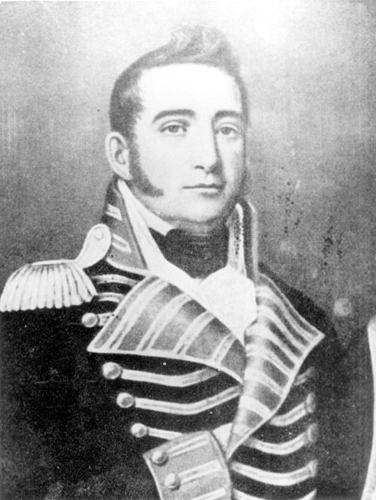 Duncan Lamont Clinch, officer in the U.S. Army for more than twenty-eight years, congressman from Georgia, and leader of the Whig party, was born at Ard-Lamont, the Edgecombe County home of his parents, Colonel Joseph John Clinch and Mary Lamont Clinch. He was appointed first lieutenant in the newly organized Third Infantry, U.S.A., in 1808 and served with his company in New Orleans in 1809–10 and in Baton Rouge in 1811–13. In 1814 he was transferred to the Tenth Infantry and commanded six companies of his regiment at Champlain on the northern frontier. He also served at Camp Lake Erie near Buffalo, N.Y. In 1815 he was transferred to the Fourth Infantry and served in North Carolina and Georgia; he commanded the eastern section of the Seventh Military Department, Division of the South, at Fernandina, Fla., and later at St. Mary's, Ga. He served on court-martial duty at Baton Rouge and at Jefferson Barracks in Missouri and commanded the regiment and post at Baton Rouge and Mobile Point, Ala. He was active in both the First and Second (or "Seven Years'") Seminole wars in Florida; at the Battle of Ouithlacoochee, Fla., on 31 Dec. 1835, with only 200 regulars and 460 volunteers, he routed the enemy after an action lasting an hour, losing 4 killed and 59 wounded. In 1829 he was given the rank of brigadier general.

In 1836, after some twenty years in charge of military affairs in Florida, Clinch resigned from the army and settled into the life of a planter near St. Mary's, Ga. In 1843 he was elected to complete the vacancy in the House of Representatives left by the death of John Millen of Savannah. His major concern as a congressman was Georgia's claim for federal compensation for the state's expenditures for volunteers sent to fight the Seminoles. Clinch became a leader of the Whig party in Georgia and lost the governorship of that state in 1847 by less than thirteen hundred votes.

Clinch was married three times: first to Eliza Baynard Mackintosh, by whom he had eight children; then, following Eliza Clinch's death in 1835, to her cousin, Elizabeth Houston; and then to Sophia Hermes Gibbs Couper. One grandson, Duncan Clinch Heyward, later served as the governor of South Carolina. Clinch's daughter Eliza Baynard married General Robert Anderson of the U.S. Army, who is remembered for his role in Charleston in 1861 during the bombardment of Fort Sumter.

Clinch served as the president of the St. Mary's Bank, was the head of a transportation company, and, at his death, left an estate worth more than $2 million, including more than two hundred slaves. Clinch County, Ga., was named for him in 1851, and the former Fort Clinch on Amelia Island, Fla., is today a state park bearing his name.

Clinch died in Macon, Ga., and was buried in the Bonaventure Cemetery in Savannah.