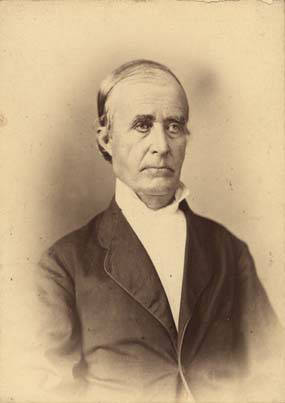 Edmund Spann (or Strother) Dargan, jurist, was born in Montgomery County, near Wadesboro. His father was a Baptist minister of Irish descent. His mother, a Miss Lilly before her marriage, was the daughter of an Englishman. Dargan's father died when he was young, leaving him to support himself. A farm laborer until the age of twenty-three, he was mostly self-educated. He studied English, Latin, and Greek, and in 1828 read law in the office of Colonel Joseph Pickett in Wadesboro. In 1829 he walked from his home to Washington, Autauga County, Ala. It is said that not only was he poor, but also he was not handsome and was quite careless of his appearance. On the way to Washington a ferryman made fun of him and his journey. Dargan angrily replied, "You will yet live to see me chief justice of Alabama." He fulfilled the prediction twenty years later.

Dargan was immediately admitted to the Washington bar when he applied in 1829. He taught in a private school for three months and was elected justice of the peace for several years; at the same time, he practiced law. Finding few opportunities in the rural village of Washington, he moved to Montgomery in 1833 and opened a law office there. In 1840 he ran for the legislature but was defeated. One year later the General Assembly elected him judge of the circuit court of the Mobile district over Judge William Hale of Mobile County. Dargan immediately moved to Mobile to fill the position. Once when he went on circuit he took six shirts with him, but returned with an empty travel bag. To his surprise, he discovered he was wearing all six shirts, one over the other.

In 1842 Dargan resigned as judge and resumed his law practice. In 1844 he was elected mayor of Mobile as well as state senator, filling both offices at once. He resigned from the senate the following year to become the Democratic candidate for Congress. Dargan defeated his Whig opponent, William D. Dunn, a popular and polished politician. During the campaign the two candidates went to Washington on their stumping tour. After they spoke, a Colonel Prince, the wealthiest man in the area, headed for home with Dunn. "You are going to be beaten," remarked Prince. "How's that?" asked Dunn. "Didn't you write to me that I was the strongest man in the district? and haven't we a majority in it?" "I know that," said Prince looking around, "but here you are walking off to dinner with me, the richest man in the county, and there sits Dargan, in that crowd of one-gallus fellows, picking the ticks off his legs." 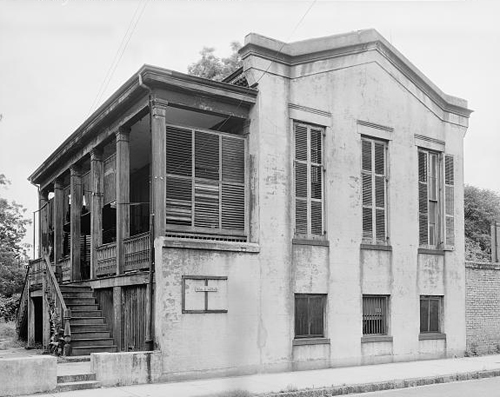 Dargan served in the House of Representatives in the Twenty-ninth Congress. His proposals during discussion of the Oregon question led to the compromise settlement that was adopted. At the end of his term in 1846 he was re-nominated but declined. On 16 Dec. 1847, the General Assembly elected him associate justice of the supreme court of Alabama to fill the vacancy caused by the death of Judge Goldthwaite. He became chief justice on 1 July 1849, when Justice Collier resigned. On 6 Dec. 1852 he resigned the position to resume his practice in Mobile and was not again involved in politics until 1861. In that year he was a delegate from Mobile to the convention where he voted for secession. His district elected him to the Confederate Congress in 1862. In the House, his efforts were instrumental in leading to the secretary of war's order in 1863 that, except in urgent cases, there would be no government impressment of goods held for consumption by oneself, employees, or enslaved people, or while being carried to market.

While serving in Congress, Dargan became the object of some derogatory remarks made by Governor Foote of Tennessee, a fellow congressman. In his rough manner, Dargan jumped up, grabbed the governor by the collar, and raised his hand as if to strike him. He was accused of raising a bowie knife to Governor Foote by E. A. Pollard, a writer, although it was later made known that he was actually still holding the pen with which he had been writing when assailed. In 1864 Dargan declined renomination to Congress and took no active part in public affairs when the war was over.

He married Roxanna Brack of Montgomery. One of their children, a son named Moro (b. 24 Mar. 1845), was a major and aide on the staff of General Clayton; after the war he was a broker in San Francisco, Calif. He died in Spokane Falls, Wash., on 6 May 1883.

Dargan's decisions on issues won him support among the learned men of his day, whereas his appearance and manner won him the favor of the rougher elements. His shoes were of the cheapest sort and he tied them with leather thongs. Before appearing in front of a jury in an important case he was careful to mar his appearance. His hair would be uncombed and his collar open, and he would untie his shoes to make them gap. Outside of court Dargan appeared dull, drowsy, and dissatisfied, but when presenting a case his face became luminous with intellectual life until he closed the argument and assumed his former expression.

Dargan was buried in the Magnolia Cemetery, Mobile, Ala.

William Garret Brown, A History of Alabama (1900), Reminiscences of Public Men in Alabama (1872).

B. F. Riley, Makers and Romance of Alabama History (n.d.).

Edmund Dargan. Image courtesy of the Alabama. Dept. of Archives and History. Available from http://digital.archives.alabama.gov/cdm/singleitem/collection/photo/id/1169/rec/1 (accessed May 10, 2013).