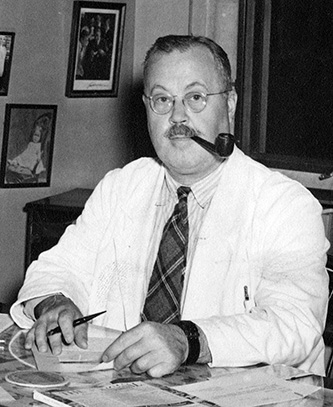 Wilburt Cornell Davison, physician, teacher, and medical educator, was born in Grand Rapids, Mich., but grew up on Long Island, N.Y., the son of William L. Davison, D.D., a Methodist minister, and Mattie E. Cornell Davison. He was graduated with honors from Princeton University and awarded a Rhodes Scholarship, with which he pursued a medical education in Oxford University, England, and Johns Hopkins University, Baltimore. He became a protégé of Sir William Osler, Regius Professor of Medicine at Oxford, formerly of Johns Hopkins. Davison was one of the last students of this great medical humanist. During his Oxford years he became an "adopted" son to Sir William and Lady Grace and frequented their home at 19 Norham Gardens. It was here that he courted his wife and shared the grief of the Oslers when Revere, their only child, at age twenty-one was mortally wounded in the Ypres salient of Flanders. This intimate personal bond between a sensitive, brilliant young man and his teacher strongly influenced Davison's later career as dean of the first four-year medical school in North Carolina.

Davison began his studies at Oxford in the late summer of 1913 and received a B.A. degree in 1915. He then entered Magdalen College as senior demy and was awarded a B.Sc. in medicine in 1916. Returning to Baltimore for clinical clerkship at Johns Hopkins, he was graduated with the M.D. degree in 1917. Further graduate work at Oxford earned him an M.A. degree in pediatrics and preventive medicine in 1919. Interspersed with his formal medical studies was voluntary duty with the American Red Cross on a typhus commission in France and Serbia (1914–15) and military duty as lieutenant to captain, medical corps, U.S. Army, Allied Expeditionary Force (1917–19).

Back at Johns Hopkins after the war, Davison progressed rapidly in the years 1919–27: from resident to instructor in pediatrics (1919–21); associate to acting pediatrician-in-charge, Johns Hopkins Hospital; and assistant dean, Johns Hopkins School of Medicine. During the same period he was editor of The Bulletin of the Johns Hopkins Hospital. From 1927 to 1961 he was professor of pediatrics, dean of the medical school, and, until 1954, chairman of the pediatrics department at Duke University. He was also James B. Duke professor of pediatrics (1953–61); trustee and consultant, Duke Endowment (1961–72); consultant, Womack Army Hospital, Fort Bragg (1942–62); member, advisory council, North Carolina Board of Mental Health (1962–65); vice-president, board of directors, Doris Duke Foundation (1938–72); and member, board of visitors, Davidson College (1961–72). He was awarded the D.Sc. by Wake Forest College (1932) and the LL.D. by The University of North Carolina (1944) and Duke University (1961).

The Duke Medical Center is an enduring tribute to Davison. When he went to Durham in early 1927, there was to be an interval of nearly three years until the building program was completed for the medical school and hospital. During this period he assembled a faculty, acquired the nucleus of a medical library, and conferred with architects on structural arrangements congenial to the dual purpose of teaching students and caring for patients. With the help of Dr. Watson W. Rankin, director of the Hospital and Orphan sections of the Duke Endowment, he made a detailed study of medical practice in the state's urban and rural communities, with particular attention to adverse conditions in a physician's practice. Notably, the economic depression of the period had bankrupted the hospitals serving an impoverished populace; this impelled Davison to pioneer a solution in the form of medical care insurance. Impressed with the administrative and clerical burdens of hospital professional staffs, he later established in the Duke Medical Center training programs for hospital administrators and medical records librarians, both of which are now indispensable disciplines.

Davison was the author of over two hundred scientific and professional publications and coauthor with S. A. Waksman of a treatise on enzymes. He wrote a "shorthand" compendium on pediatric practice for medical students entitled The Compleat Pediatrician, published in 1934. It has gone through eight editions with translations in Italian, Japanese, and Spanish and has sold over 100,000 copies.

The philosophy of medical education espoused by Davison called for the cultivated, intellectually disciplined physician who was civic-minded and innovative. In the choice of faculty, including those requiring complex technical skills, he favored teachers with special interests; superiority was the common denominator. He was a man with deep compassion, a ready wit, and a robust sense of humor. A world traveler, he had friends in many countries; foreign colleagues and students were frequent guests in his clinics and in the Davison home.

On 2 June 1917 Davison married Atala Thayer Scudder of Glen Head, Long Island, culminating a courtship that flourished while his fiancée also was a medical student in pediatrics at Oxford. To them were born three children: William Townsend, Atala Jane Scudder Levinthal, and Alexander Thayer.

An international ecumenical symposium on "The Commonwealth of Children" was held at Duke University to honor Davison and his wife on his retirement on 5 Oct. 1961. From then until his final illness the Davisons made their mailing address their summer home in Roaring Gap, N.C. He continued his foundation work, writing, and travel until shortly before he died of leukemia in his eighty-first year. His ashes were placed behind a bronze tablet in the chapel of the medical school building that bears his name.