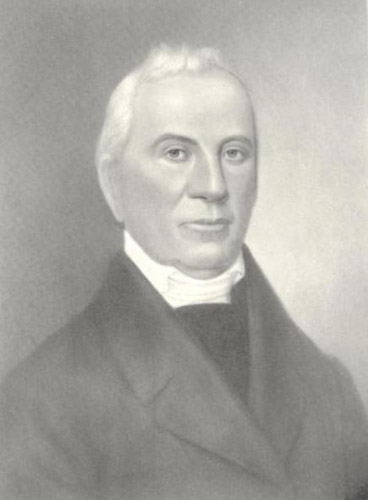 Armand John De Rosset (DeRosett), physician, was born in Wilmington, the son of Moses John and Mary Ivy De Rosset and grandson of Armand John De Rosset. His father died when De Rosset was an infant, but he was affectionately reared by his stepfather, Adam Boyd, who also served as his efficient teacher at home. Well equipped with a rudimentary education, the youth continued his studies at a school in Hillsborough before enrolling at Nassau Hall (now Princeton University), from which he was graduated in 1787. He then completed his medical education at the University of Pennsylvania, where he was privileged to number Benjamin Franklin and Dr. Benjamin Rush among his acquaintances. At age twenty-three he returned to Wilmington and began to practice medicine, adding to the record begun by his forebears and continued later by his descendants as a physician and respected citizen.

On 10 Oct. 1814 De Rosset was commissioned a surgeon in the Third Regiment of the North Carolina Militia, which was his only military service. For many years he served as a justice of the peace. He was not a frivolous man and organized the Nine-Penny Whist Club more to provide occasions on which the members could enjoy congenial discussions than to play cards. Members of his family had always served as wardens, vestrymen, lay readers, and treasurers of Saint James's Church—both while it was Anglican and later when it became a part of the Protestant Episcopal church—and he was active in all of its affairs. He assisted in the founding of the Bible Society in Wilmington in 1816, serving as vice-president and later as president. An affluent citizen, De Rosset was a director of the Bank of Cape Fear for thirty-seven years. He also invested $10,000 in The Rockfish Company and a similar sum in the road that became the Wilmington and Weldon Railroad.

A contemporary described De Rosset as "short in stature, being not over five feet four inches, with light blue eyes and ruddy complexion; not handsome, though a benign expression lent a pleasing and attractive appearance to his countenance." He was buried in Saint James's Churchyard, Wilmington.