William Drummond, first governor of the County of Albemarle, was born in Scotland where he apparently received a sound education. He went to Virginia about 1637 as an indentured servant of Theodore Moyes, who owned a large plantation on the Chickahominy River. By 1639 his bond had been acquired by Stephen Webb of the Lower Chippoakes area south of the James River. In 1640 he was deeply involved in what the Virginia General Court called "a most dangerous conspiracy." This appears to have been a plan by indentured servants and others in the plantations along the Chickahominy "to run out of the country." Although several persons were severely punished for their part in the conspiracy, Drummond escaped with a public flogging and an additional year of servitude.

In 1648 Drummond obtained a twenty-one-year lease of twenty-five acres of "the Governor's Land" in James City County, and a number of years later leased another two hundred acres. This property became Drummond's home plantation. At the time of his death it was reported as being "commodious . . . with mutch housing and mutch pasture ground." By the early 1650s he had married Sarah Prescott, by whom he had at least five children. He prospered as an attorney, as patentee of several thousand acres, as the owner of large herds of cattle, and apparently as a merchant or factor. By 1656 "Mr. Drummond of James City, Gentleman" was a justice of the peace and by 1658, high sheriff of James City County.

In December 1664, Drummond was commissioned the first governor of the newly formed County of Albemarle in the Province of Carolina by the Lords Proprietors of that colony. He probably was recommended for the post by his Virginia neighbor, Sir William Berkeley, royal governor of Virginia and one of the Lords Proprietors of Carolina, whose great Green Spring plantation was close to that of Drummond. 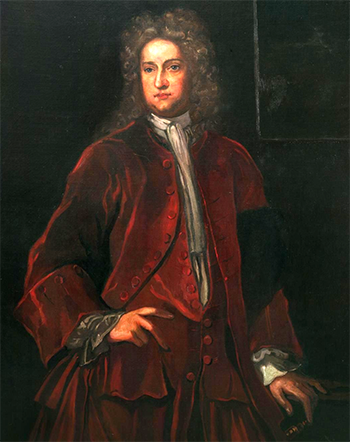 Drummond's commission and instructions reached him by late February 1665 and sometime that spring he convened the first Albemarle assembly. From the beginning, he was gravely concerned about the Proprietors' land policy, which he considered so ungenerous as to discourage settlement of Albemarle County. His task of governing and defending a colony of a few hundred people scattered along the streams that flowed into Albemarle Sound was extremely difficult. In the fall of 1666 the Tuscarora Indians attacked settlements on the Chowan River. Drummond mobilized the colony but was able to settle the Indian troubles before they erupted into a general war. His most conspicuous undertaking as governor was to negotiate with Maryland and Virginia for a cessation of all tobacco planting in the three colonies during the 1667 growing season in an effort to force up the price of tobacco. Though Albemarle endorsed the idea, Maryland eventually withdrew thereby aborting the scheme. Adding greatly to his problems was his rupture with Governor Berkeley of Virginia about 1666. Drummond rather openly charged in letters to England that Berkeley obstructed all things relating to Carolina despite his proprietorship of the colony. The real reason for the animosity that developed between the two men seems to have been an obscure squabble over land leases in the Pasbyhayes region in which they both lived on neighboring plantations.

Although the Albemarle government was permanently established under Drummond's leadership, this could not overcome his growing discontent with the proprietary land policy and his rupture with Berkeley. He undoubtedly welcomed the Proprietor's appointment of a new governor, Samuel Stephens, in October 1667. Within a short time Drummond left Albemarle and returned to his plantation just outside of Jamestown. Here he was active in business affairs while a number of brushes with Governor Berkeley kept alive the strong enmity between the two men.

Circumstances in the spring of 1677 made it possible for Drummond to give full rein to his hatred for Governor Berkeley. Indian attacks along the Virginia frontier aroused the settlers to take up arms and retaliate despite orders from Governor Berkeley not to do so. The beleaguered frontiersmen found a leader in a young and wealthy newcomer to the colony, Nathaniel Bacon, who did not hesitate to defy the governor and lead the settlers against the Indians. Infuriated by Bacon's defiance, Governor Berkeley sought to punish him for his actions but found that Bacon had become a popular hero among the colonists, a great number of whom were—for various reasons—in a rebellious mood. Berkeley sought to regain his popularity by calling for the election of a new assembly. It was probably at this point that Drummond first became involved with Bacon and assumed the role of one of his chief lieutenants. Drummond and his Jamestown friend and neighbor, Richard Lawrence, came to be viewed as "the chief Incendiarys and promoters to and for Bacons Designes; and by whose Councells all transactions were, for the greater part, managed all along on that Side." To Berkeley, Drummond was always the one "we all suppose was the original cause of this rebellion."

At the time of the June assembly Drummond and Lawrence were among Bacon's chief advisers, despite the governor's warning to the assemblymen "to beware of Two Rogues amongst us." Many of the measures associated with this assembly may originally have been expressions of Drummond's own long fermenting discontent with Berkeley and his government. Indeed, much of the limited ideological and philosophical thrust of Bacon's rebellion probably came from Drummond and Lawrence. Drummond was active throughout the rebellion both in the council and in the field. He first took up arms when Berkeley returned from Accomac to take Jamestown. When Bacon recaptured Jamestown and ordered it burned, Drummond and Lawrence set fire to their own houses to inspire the hesitant troops. It was on this occasion that Drummond dashed into the burning statehouse and saved the provincial records from the flames.

Although chosen a commissioner of Bacon's army, Drummond lost favor with his leader when he proposed that Sir Henry Chicheley be taken from prison and made governor. However, he continued to fight after Bacon's death and with Lawrence and a force of about three hundred men and boys seized the Brick-house in New Kent on the south bank of the Pamunkey River. Unable to hold this position or gain additional recruits, the force soon dispersed, and on 14 Jan. 1677 a half-famished Drummond was captured by the Berkeleyites in Chickahominy Swamp. On 19 January Governor Berkeley came ashore at Utiemaria plantation on the York, where he met Drummond "and Complimented him with the Ironicall Sarcasm of a low Bend, saying 'Mr. Drumond! You are very welcome, I am more Glad to See you, than any man in Virginea, Mr. Drumond, you shall be hang'd in half an hour;' Who Answered 'What your honour pleases.'" On 20 Jan. 1677 Drummond was escorted by a party of horse to the home of James Bray at the Middle Plantation. Here before a court martial board, consisting of the governor and eight officers, he was charged with treason and rebellion against the king. He was found guilty and was hanged within four hours of the verdict.

Wilcomb E. Washburn, The Governor and the Rebel: A History of Bacon's Rebellion in Virginia (1957), and "The Humble Petition of Sarah Drummond," William and Mary Quarterly 13 (1956).

Thomas J. Wertenbaker, Torchbearer of the Revolution: The Story of Bacon's Rebellion and its Leader (1940).

Check the date of Sarah

Check the date of Sarah Prescott's entry into the colonies. She could not have married Drummond since she came much later than he did. She was also very young. They would not have had time to have had five children. Sarah Swann was his wife. They married much earlier and had, therefore, time to have the five children. She is mentioned in his will and in her appearance before Parliament.