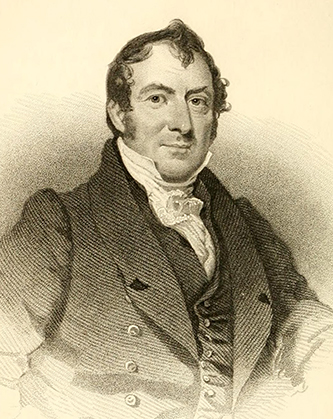 Joshua Forman, jurist, builder, and promoter, was born in Pleasant Valley, Dutchess County, N.Y., the son of Joseph and Hannah Ward Forman, both natives of New Jersey. He first came into prominence for his development in 1819 of the site that became the city of Syracuse, N.Y., and capped an energetic and successful business career with the development—beginning in 1829—of a large tract of land in Rutherford County, N.C.

After attending public and private schools in his native county, Forman entered Union College, Schenectady, N.Y., from which he was graduated with honors in 1798. For the next two years he read law in Poughkeepsie and New York City; in the latter, he studied in the office of Samuel Miles Hopkins, a nationally known jurist of his day. In 1800, Forman was admitted to the New York State bar and settled in Onondaga Hollow, N.Y., where he practiced for nineteen years. One biographer of Forman wrote: "Since land titles at that time were in a state of almost hopeless confusion, and litigation was consequently brisk, lawyers could prosper in apparently insignificant hamlets."

In 1806 Forman was elected to the house of representatives of the state of New York. Serving one term, he distinguished himself with the advocacy of building a canal to connect the Hudson River and Lake Erie. This eventually was the Erie Canal, a vital transportation link in the commercial development of upper New York State. Forman himself was a prime mover in that development. In 1807 he built the first gristmill on the Oswego River, and a year later he established the Plaster Company at Camillus, N.Y. A highly respected and popular lawyer, he was appointed judge of the Onondaga County Common Pleas Court in 1813 and served on the bench with distinction for ten years.

In 1818 he moved from the village of Onondaga Hollow to the present site of the city of Syracuse. There he had purchased a large tract of land, which included a major portion of the present city that he had platted in 1818. He subsequently sold city lots and secured the passage of legislation to lower the level of Lake Onondaga. That resulted in the control through drainage of unhealthy, swampy areas as well as making usable a vast acreage formerly covered by the lake. He had an equal interest in the establishment of many local institutions, including schools, churches, public buildings, and profitable commercial properties. For all of these efforts Forman was hailed as "the Founder of Syracuse." To his earlier business concerns he added the manufacture of salt, and he is credited with the innovative production of solar salt. All together, he laid both the material and cultural foundations of the city.

It is reported that "due to his investments his affairs become involved." This is given as an explanation for his unexpected removal in 1826 to New Brunswick, N.J., where he began the operation of a very rich copper mine. During the next three years he formulated the banking concept of "mutual guarantee of indebtedness," which encouraged Martin Van Buren, recently elected governor of New York, to call upon the legislature to pass the Safety Fund Act (1829). Many historians have credited Van Buren's astute interest in financial management to the early influence of Joshua Forman.

Forman was restless and ambitious. The same year he saw his Safety Fund Act become law, he purchased an enormous tract, estimated at several hundred thousand acres, in Rutherford County, N.C. He then moved to the town of Rutherfordton, where he spent the rest of his life. Although it has been suggested that he had associates in the North Carolina land deal, the record indicates he alone handled the development on a proprietary basis, devoting his full time to the sale of parcels of land, exercising influential control over its use, and planning and working for the improvement of the town and area. That was much the plan he had followed in the development of Syracuse.

In 1800 Forman married Margaret Alexander of Glasgow, Scotland, the daughter of Boyd Alexander, a member of Parliament. They had one daughter. Margaret Alexander Forman died about 1828, just before Forman moved to North Carolina. About 1831 he married Sarah Garrett of Warm Springs, Tenn. There is no record of issue.

Forman suffered a disabling stroke about 1844 but lived four years. He died at his home in Rutherfordton and was buried in the Oakwood Cemetery, Syracuse, N.Y., one of the city's public facilities for which he had originally been responsible.

Clark, Joshua Victor Hopkins. "Joshua Forman." Onondaga, or, Reminiscences of earlier and later times being a series of historical sketches relative to Onondaga; with notes on the several towns in the county, and Oswego. Syracuse, N.Y.: Stoddard and Babcock. 1849. 69-83. https://archive.org/stream/onondagaorremini02clar#page/n75/mode/2up (accessed February 28, 2014).

D.C. Hinman, engraver. "Joshua Forman." Engraving. Onondaga, or, Reminiscences of earlier and later times being a series of historical sketches relative to Onondaga; with notes on the several towns in the county, and Oswego. Syracuse, N.Y.: Stoddard and Babcock. 1849. 68. https://archive.org/stream/onondagaorremini02clar#page/n75/mode/2up (accessed February 28, 2014).