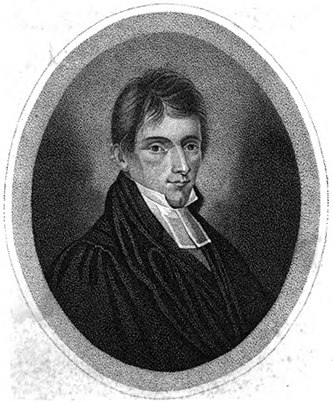 Anthony Forster, Unitarian clergyman, was born in Brunswick County but beyond that little is known of his early life. His father is referred to as "a respectable farmer," which would place him in the yeoman class, and died when Forster was quite young, leaving the lad under the guardian-ship of a friend. One account mentions General Benjamin Smith as Forster's guardian, and this is logical because Smith was a wealthy planter of Brunswick County—in the 1790 census he is listed as holder of 221 slaves. We are led to believe that there were other children in the family, but, as with the parents, no names are given. Forster's obituary notice, appearing in the Raleigh Register for 21 Jan. 1820, states that a brother and two sisters were among his survivors.

At the age of twelve Forster was sent to the preparatory school of The University of North Carolina and remained there, or in the university, for five years. His name appears twice in the list of students standing examinations in June 1800; the records report that he "acquitted himself as superior" in reading and spelling, and for the Latin class he is listed as one of those who was examined and passed. What other courses, or how many, Forster was enrolled for we do not know. There is no note in either the minutes of the trustees or of the faculty to indicate that he received a bachelor of arts degree from the university in 1815 as is sometimes reported.

Between 1800 and 1804 the record of Forster's activities remains blank. Presumably, he attended the preparatory school or the university until 1802, though this is not substantiated. At whatever time he may have left Chapel Hill it appears that upon the advice of friends he began to study law, only to become disenchanted and join the army in March 1804. He was granted an ensign's commission, immediately sent to join troops on Georgia's western frontier, and within a short time promoted to the rank of lieutenant.

By October 1806 Forster had tired of army life and resigned his commission, yet remained at the fort as a civilian employee in the government's trading post. From this employment Forster returned to the study of law, reading under the tutelage of a Milledgeville, Ga., attorney. During his residence in Milledgeville he suffered a lengthy and serious bout with fever, and this seems to mark the beginning of the ill health that was to claim his life while still a young man.

When sufficiently able to travel Forster returned to North Carolina for a visit with friends, and from there he had planned a trip to Ballston Springs, N.Y., in hope of regaining more strength. But the northward journey ended in King and Queen County, Va., when he had a severe attack of rheumatism that caused a change of plans and a return to North Carolina.

Again in North Carolina, and with his health slightly restored, Forster was offered employment as private secretary to General Benjamin Smith, the governor-elect. This was in December 1810 and the appointment brought Forster to Raleigh. How long he held the position, we do not know; biographical accounts say, "for only a short period" and that "he did not continue long in the situation." At some point, however, his thoughts turned toward the ministry, and, realizing the need for further study, he accepted the position of assistant teacher in the Raleigh Academy, a school operated under the direction of the Reverend Dr. William McPheeters, pastor of the Presbyterian Church. His free time was spent studying theology, with Dr. McPheeters as his teacher.

Early in 1813, Forster appeared before Orange Presbytery at its meeting in Raleigh and was licensed to preach. For the next few months he served without pay as a missionary in parts of South Carolina and Georgia, and at the end of the year was called by the congregation of the Independent Church at Wappetaw, S.C. But this pastorate was short-lived, for in the summer of 1814 he supplied the pulpit of Charleston's First Presbyterian Church, and in the fall he became minister for the Independent Church on John's Island.

Forster's next pastoral relationship was with the Independent Church of Charleston, familiarly known as the Circular Church. His call to this charge was as interim pastor, substituting for the ailing and elderly senior minister, Dr. William Hollinshead. This congregation offers an interesting sidelight on church and denominational history in view of its custom, which was followed for more than thirty years, of having two ministers conduct services for two bodies of worshipers, one at the Circular Church on Meeting Street and the other at the church on Archdale Street. At the time the invitation was extended to Forster, the Reverend Benjamin M. Palmer, uncle of the better-known Presbyterian clergyman of the same name, had been with the church for a year as Dr. Hollinshead's associate.

Forster assumed his duties with the Circular Club in 1815 and filled the appointment to the entire satisfaction of members of the two groups; apparently he possessed a warm and pleasing personality and was blessed with a keen mind and the talents of an effective pulpit orator. Unfortunately another siege of illness soon overtook him, with his lungs seriously affected, and he was forced to take several months' rest. It was apparently at this time, during the year 1815–16, that his thoughts and studies led him away from Calvinism, for by the spring of 1816 he was to advise Harmony Presbytery of his wish to withdraw from membership in that body. He could no longer accept in good faith the doctrine of the Trinity, but instead had become Unitarian in his belief. The Reverend Dr. Hollinshead died in February 1817, and this of course raised the question as to his successor. Though members of the congregation respected Forster, all of them were by no means prepared to accept his Unitarianism. The result was a separation of the two groups. Forster became minister for the Archdale Street congregation, and the name Second Independent Church of Charleston was adopted. This was the congregation later to be served for so long by the distinguished Unitarian clergyman, the Reverend Samuel Gilman.

Ill health, which by this time had developed into tuberculosis, cut short Anthony Forster's career. In 1817 and again in 1818 it was necessary for him to have a period of rest, and his last sermon was preached on 7 Mar. 1819. With his wife and children he returned to Raleigh where he died early in the following year.

On 28 Dec. 1813 Forster had married Altona Holstein Gales, daughter of Joseph Gales, editor of the Raleigh Register and a leader among the South's Unitarians. The religious convictions of his father-in-law led Forster to read widely in Unitarian literature in efforts at rebuttal, but instead he was brought to a rejection of Calvinism. The change in theological views, however, did not deprive Forster of old friendships; his funeral service was conducted by Dr. McPheeters under whom he had studied theology. Interment was in Raleigh's City Cemetery. He was survived by his wife and a young son, Thomas Gales Forster, and daughter, Annie.

Forster's career was marked by changes that indicate a certain lack of self-assurance and firmness of purpose; in fact, only in the last years of his life did he seem to find himself, and then to die as a relatively young man. But it is in a larger sense that Forster's life assumes significance. In him we have examples of religious tolerance and of the intellectual approach to religion during the first decades of the nineteenth century that have too frequently been overlooked in studies of the antebellum South. The congregation that he nurtured merely as an independent church later became Unitarian in its affiliation and, under Gilman's leadership, made a major contribution to Charleston's religious and cultural life.

Earl Wallace Cory, "The Unitarians and Universalists of the Southeastern United States During the Nineteenth Century" (Ph.D. diss., University of Georgia, 1970).

"Minutes of the Board of Trustees and Student Records and Faculty Reports of The University of North Carolina" (1800–1815).

William B. Sprague, ed., Annals of the American Unitarian Pulpit (1865).