Thomas Godfrey, Jr., mercantile agent, poet, and dramatist, was born in Philadelphia. His father was the inventor of the quadrant and one of the original members of the American Philosophical Society organized by Benjamin Franklin. Educated at home and at the Philadelphia Academy, young Godfrey was intimately associated with a group of students who became painters and poets. He was first attracted to painting, but early switched to poetry, which engaged him for the rest of his short life. In 1758, he was an ensign during the campaign against Fort Duquesne. In the spring of 1759, he sailed to Wilmington as factor for a commission merchant. There he was accepted into a society of "politeness, and ease, and enjoyment," and quickly made friends of those who were interested in books and music.

After a few months in Wilmington, Godfrey retreated to the vacation home of Col 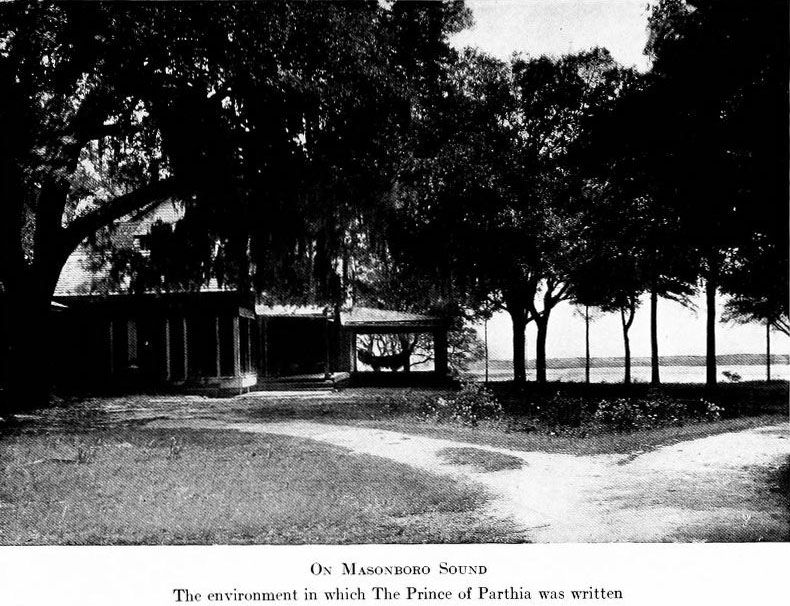 onel Caleb Grainger at the nearby summer colony on Masonborough Sound and successfully completed the writing of The Prince of Parthia, a play begun in Philadelphia. At Masonborough Sound he enjoyed the acquaintance of such enlightened men as Cornelius Harnett, Alexander Lillington, and Archibald Maclaine. So pleasant were his sojourns there that, in 1760, he twice was fined for defaulting on his citizen's duty to work the streets and wharves of Wilmington. Among the poems written at this time was "Piece upon Masonborough," a pastoral paean to his favorite summer quarters. After three years in Wilmington, Godfrey returned to Philadelphia on the death of his employer, but sailed back in the early summer of 1763. He died at age twenty-six of a fever contracted on a short riding trip, and was buried in the churchyard of St. James Episcopal Church in the heart of Wilmington. Although hi

s tombstone disappeared during the nineteenth century, the exact spot of the grave is known.

During his lifetime, a number of his poems were printed in America and England, and The Court of Fancy (1762), a tribute to Chaucer and Alexander Pope, was published in Philadelphia. Godfrey's fame, however, rests almost entirely on The Prince of Parthia, a tragedy of ancient times written in blank verse. Its plot of villainies and murders was original with Godfrey. Performed by the American Company in Philadelphia on 24 Apr. 1767, it was the first play written by an American to be staged by professionals. In 1962, a truncated version was performed by the Wilmington College Theater, and the following year the full play was produced at the Parkway Playhouse in Burnsville. A portrait of Godfrey by his friend Benjamin West has been lost.

Juvenile Poems on Various Subjects, with the Prince of Parthia, a Tragedy, by the Late Mr. Thomas Godfrey, Junr. of Philadelphia, to Which is Prefixed Some Account of the Author and His Writings (1765).