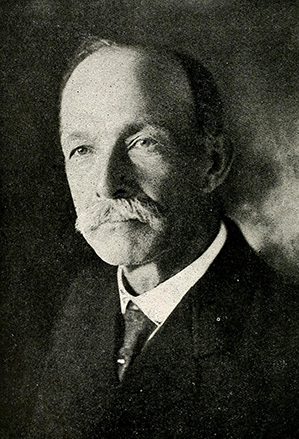 Raleigh Rutherford Haynes, textile manufacturer, the fourth child and oldest son of Charles H. and Sarah Walker Haynes, was born at Ferry, in Rutherford County. Charles Haynes, a landowner, teacher, and sheriff of the county, died when Raleigh was about eight, leaving his widow with eight children to rear. Young Haynes received instruction from his oldest sister, Letitia, but further education was sacrificed so he could help his mother operate the 200-acre farm left by his father.

At about age twenty, Haynes went to Union County, S.C., with his younger brother, John, to work in the cotton fields. After about two years, he returned to Rutherford County to invest his savings in a general store and a sawmill. In addition to these enterprises, he farmed. By reinvesting his profits, he became one of the largest landowners in western North Carolina.

With the timber and waterpower available on his Main Broad River land, Haynes initiated the first successful textile industry in Rutherford County in 1885, when he began to survey the site for a cotton mill at Henrietta. The building was started in 1887, with Spencer B. Tanner as a business partner. When completed, it was equipped with 5,000 spindles and was said to be the largest textile mill in North Carolina. Tanner, the first president of the Henrietta Mills, and Haynes opened a second mill at Caroleen in 1896. The two plants operated 62,000 spindles and 2,000 looms. In 1897, the Florence Mills unit at Forest City was completed with 12,200 spindles. Between 1916 and 1923, the Haynes Mill at Avondale was finished. 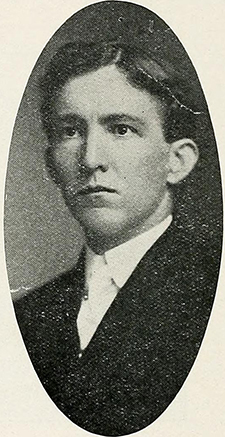 Haynes's last and most enduring project was Cliffside, a mill and town built on the Second Broad River in 1900. Reportedly the largest gingham mill in the South, with 41,000 spindles and 1,500 looms, it employed 900 workers, consumed 7,500 bales of cotton annually, and produced about 70,000 yards of gingham daily. The well-planned town included some 400 houses; a general store, library, park and playground, post office, flour mill, steam laundry, and skating rink; and a movie house built adjacent to the mills for the convenience of the employees. After Haynes's death, his sons, Charles H. and Walter Hayner, and his son-in-law, Z. O. Jenkins, continued to expand and improve the model town and mills at Cliffside. Charles succeeded his father as president.

Haynes also had an extensive lumber business, a line of general stores, and numerous banking interests. He was president of the Haynes Bank at Henrietta and of the Commercial Bank at Rutherfordton, and a director of the Charlotte National Bank and of the Southern Loan and Savings Bank at Charlotte.

On 29 Jan. 1874, Haynes married Amanda Carpenter, the daughter of Tennessee Carpenter, and they became the parents of five sons and four daughters: Robert E., Charles H., Walter Hayner, Grover C., and Elisha; and Florence (Mrs. Z. O. Jenkins), Eulah (Mrs. J. R. Shull), Sarah (Mrs. Robert Love), and Virginia (Mrs. Baron Pressley Caldwell). After the death of Amanda in 1890, Haynes married Litia Kelley, who lived only a year. He then decided to raise his children himself.

Haynes died at his St. Petersburg, Fla., home and was buried at Cliffside Cemetery, Cliffside, N.C.