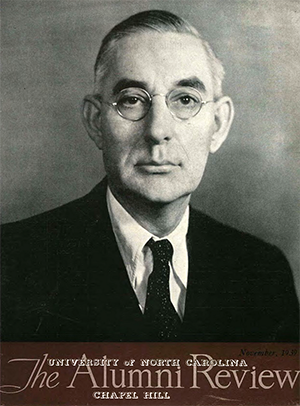 Allan Wilson Hobbs, educator, was born in Greensboro, the son of Dr. Lewis Lyndon Hobbs, president of Guilford College, and Mary Mendenhall Hobbs. His brother Lewis Lyndon, Jr., became a surgeon in Philadelphia, and his brother Richard J. M. was appointed dean of the School of Commerce at The University of North Carolina.

Hobbs was educated in Pennsylvania at Westtown Friends School (1901–2) and Haverford School (1902–4). In 1907 he was graduated at the head of his class from Guilford College and the following year studied at Haverford College. A brilliant athlete, he played professional baseball with Montreal and the New York Yankees. Hobbs taught for one year at Saxapahaw School, N.C. (1908–9) before returning to Guilford as instructor (1909–11) and as assistant professor of mathematics and dean of students (1913–15). On completion of his doctorate at Johns Hopkins University in 1917, Hobbs became instructor in mathematics at The University of North Carolina where he was appointed full professor in 1925. He served as dean of the College of Liberal Arts from July 1930 until his retirement in 1955.

Continuing his interest in sports, Hobbs represented the university in the North Carolina Intercollegiate Athletic Conference, the Atlantic Coast Conference, and the Southern Conference of which he was president in 1942–43. He was chairman (1928), vice-president (1929), and a member of the executive committee (1930) of the Southeastern Section of the Mathematical Association. A Quaker, Hobbs was a co-founder of the Chapel Hill Friends Meeting. He was coauthor, with Archibald Henderson and John W. Lasley, of The Theory of Relativity and author of a number of pamphlets and articles.

On 4 Sept. 1924 Hobbs married Nell Blair of Montevallo, Ala.; they had one son by adoption, William Galen. Hobbs died in Fort Lauderdale, Fla., and was buried in the family plot in New Garden Friends Meeting. On Saturday, 6 Nov. 1971, he was honored posthumously by membership in the Guilford College Athletic Hall of Fame. 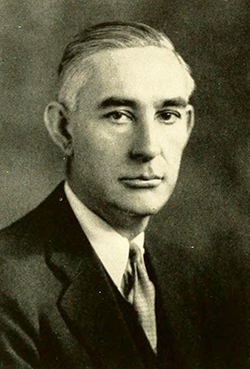