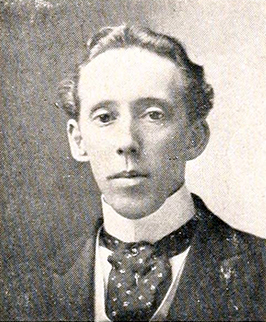 Archibald Henderson, mathematician, teacher, literary critic, biographer, and historian, was born at Lombardy, his grandfather's home in Salisbury. He was the son of Elizabeth Brownrigg Cain and John Steele Henderson, Democratic representative to the United States Congress from 1885 to 1895. His ancestors included Richard Henderson, president of the company that sent Daniel Boone to explore the western lands of Tennessee and Kentucky; John Steele, George Washington's comptroller of the Treasury; and Archibald Henderson, a U.S. congressman and state legislator between 1799 and 1820.

Archibald Henderson, third of that name, was a man of astonishingly varied virtuosity and undeniable genius. Towards the end of his career, he himself divided his many interests thus: "Mathematics, and the allied sciences of physics and astronomy, have absorbed . . . my fullest interest through some fifty years of my life. . . . Concurrently with these scientific studies ran another deep and abiding impulse: the passion for a grasp and mastery of some of the leading thought movements of the time, especially in . . . literature, drama, history and philosophy." The pure science of his first love was, of course, without boundary; in the "thought movements" of the second, he was consistently both internationalist and regionalist.

He began his studies at home under the tutelage of his grandmother, who instilled in him a love of reading and, as he said, "an insatiable interest in world affairs." He entered The University of North Carolina in 1894, was graduated first in his class in 1898, and earned a master's degree the following year. For fifty years Henderson was a member of the Department of Mathematics at Chapel Hill: he received a doctorate in 1902, became a full professor in 1908, succeeded his uncle, Dr. William Cain, as department head in 1920, and was appointed Kenan Professor in 1925, serving until his retirement in 1948. In 1915 he had earned a second Ph.D. from the University of Chicago. Under his direction, the mathematics department expanded enormously, increasing its graduate program, adding (to a curriculum largely designed for engineers) extensive opportunities in pure mathematics, and acquiring a departmental library that is among the best in the South.

Henderson was a prolific writer on scientific topics. His Twenty-seven Lines Upon the Cubic Surface (1911), completed during a year of study at Cambridge, the Sorbonne, and the University of Berlin, was the first American book included in the prestigious series of Cambridge Tracts in Mathematics and Mathematical Physics. It was also the first volume on the subject and for over thirty years the only one.

About 1920 he became interested in Einstein's theory of relativity and within two years was writing articles about it. The year 1923–24 he spent on sabbatical, studying at Cambridge and the University of Berlin where he came to know Einstein personally. Among his important interpretations of the German physicist's work was "The Triumph of Relativity," the defending portion of a debate published in Forum (July 1924); Dr. Einstein himself commented that it left little room for refutation. Related articles included "The Size of the Universe," his presidential address to the North Carolina Academy of Science in 1923; and "Is the Universe Finite?" an address to the American Association for the Advancement of Science in 1925. Henderson collaborated with J. W. Lasley, Jr., and A. W. Hobbs on a textbook, The Theory of Relativity, published in 1924.

The breadth and depth of his learning was made available not only to the scientific community but also to students, who found him a skillful and challenging teacher. Because he had the true teacher's wish to make pure science intelligible to the layman, Henderson wrote more than 750 brief articles on scientific subjects which were syndicated in Hearst newspapers. 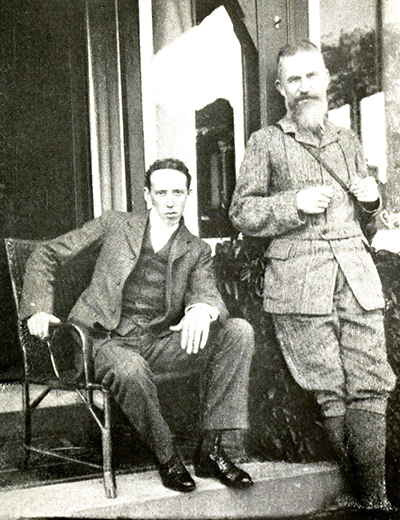 His second interest, in the cultural and philosophical movements of his time, was most evident in his relationship with George Bernard Shaw. In 1903, inspired by an amateur performance of Shaw's You Never Can Tell, he began a study of the Irish dramatist and resolved to bring public attention to a man he felt was an "unappreciated and undiscovered genius." He wrote to Shaw asking for biographical information; Shaw answered, and other letters were exchanged—one of them a manuscript of more than 12,000 words, written by Shaw in January 1905. Henderson was accepted as Shaw's authorized biographer, visited Ayot St. Lawrence in 1907, and for the rest of the older man's life they were in close correspondence. He wrote three complete biographies: George Bernard Shaw: His Life and Works (1911), Bernard Shaw: Playboy and Prophet (1932), and George Bernard Shaw: Man of the Century (1956)—each of which received an award from the North Carolina Literary and Historical Association as well as wide notice internationally. Interspersed with the books were nearly 100 articles and speeches on Shaw's plays, his novels, his socialism, and his public, some of which were translated into other languages for publication in Europe. His studies were often compared with Boswell's study of Dr. Johnson, frequently to Boswell's disadvantage. In 1933, the Carolina Playmakers staged a Shaw-Henderson Festival in Chapel Hill, featuring You Never Can Tell, the play that started it all. Acclamations for Henderson's work poured in from university presidents, editors, dramatists, critics, theatrical producers, and writers of several countries including W. B. Yeats, Edwin Markham (who had, fifteen years earlier, written an appreciation of Henderson in the Sewanee Review ), Arthur Pinero, and his old friend Albert Einstein.

Henderson's interest in theater neither started nor ended with Shaw. He had published articles on Maurice Maeterlinck before he discovered Shaw, and to those he added, over the years, evaluations of Ibsen, Hauptmann, Rostand, Wilde, Strindberg, and many others of many lands. Most noted were two books, European Dramatists (1913) and The Changing Drama (1914), both recognizing the international theatrical revolt that followed the work of Ibsen.

From its beginning in 1918, the drama department at Chapel Hill found Henderson an ally and a collaborator. In several articles, he demonstrated an optimism about the future of American drama before most people had noticed its past. He wrote about early drama and entertainment in North Carolina, collected American plays, composed a foreword for Frederick Koch's anthology of Carolina Folk Comedies, and edited and contributed to the Carolina Play-Book.

On the ship that carried Henderson to England for his first meeting with Shaw, a fellow passenger was Mark Twain. The two men formed a friendship, out of which were born several articles by Henderson and a complete biography, Mark Twain (1911). Again, a general interest in fiction had preceded the meeting with a great writer, for Henderson had already written about George Meredith. He was also drawn to regional writers, like Frances Christine Fisher Tierman ("Christian Reid") of Salisbury.

Henderson's roots were deep in North Carolina, by choice as well as by birth. Several times he declined offers from magazines and from prestigious universities (including presidencies) because he preferred to stay in Chapel Hill. His family's illustrious past may have originally awakened an interest in history, particularly of his own state and region; in that field, too, he was an eager student and a knowledgeable writer. Some of the subjects were his ancestors: Elizabeth Maxwell Steele, John Steele, Richard Henderson, and the first Archibald. He produced a history of St. Luke's Parish in Salisbury and a book about the Chapel of the Cross in Chapel Hill, his own churches. Fervent devotion to his native state made him a defender of the "Mecklenburg Declaration of Independence," said to have been written before Jefferson's Declaration.

Although a Jeffersonian Democrat, Henderson wrote little of a political nature. But he did advocate in print, at least as early as 1910, extending the franchise to women.

His chief historical works included The Conquest of the Old Southwest (1920), concerning westward expansion into Kentucky and Tennessee (in which his forebear was involved); Washington's Southern Tour (1923); and North Carolina: The Old North State and the New (1941), for which he wrote two volumes of history to be followed by three volumes of biographies composed by various persons. The last work was praised by historians for its attention to cultural development as well as economic and political matters. In 1949 he wrote about The University of North Carolina in The Campus of the First State University. At various times over a period of years, he wrote nearly 150 short pieces on state history for North Carolina newspapers.

Even that phenomenal amount of writing together with his teaching and administrative duties did not exhaust the energy of Archibald Henderson. Genial and sociable, he was a frequent and sought-after public speaker and, during much of his life, an enthusiastic sportsman, participating in tennis, baseball, and hiking. 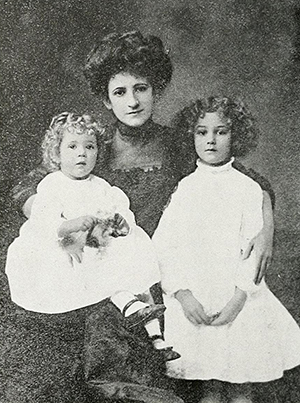 His various projects resulted in enormous collections of research materials, and the generosity of the man and his survivors has enriched several libraries. When the University Library in Chapel Hill was dedicated, he established a collection of American drama, which he subsequently enlarged. In 1937 he donated many of his Shaw materials to Yale University in memory of his grandfather, who had attended that school. On his retirement he gave to The University of North Carolina Library a large collection of Shaw materials—first editions, inscribed copies, manuscripts, and letters. Both that library and the Rowan Public Library in Salisbury have his materials on southern history. Portraits of Henderson hang in the Chapel Hill and Rowan libraries, as well as in the Dialectic Society at Chapel Hill.

Honors rained upon him. Besides his four earned degrees, he held honorary degrees from the University of the South, Tulane, the College of William and Mary, Oglethorpe, Catawba, and his alma mater. On his seventy-fifth birthday, he was elected a Fellow of the Royal Society of Literature, the first American to be so honored.

In 1903 Henderson married Minna Curtis Bynum (Barbara), and they had five children: Mary Curtis, Elizabeth Brownrigg, Barbara Gray, Archibald, and John Steele. After his first wife's death he married, in 1957, Lucile Kelling, then dean of the School of Library Science at The University of North Carolina.

Henderson died at Fordell, his home in Chapel Hill, and was buried in the Chestnut Hill Cemetery, Salisbury.