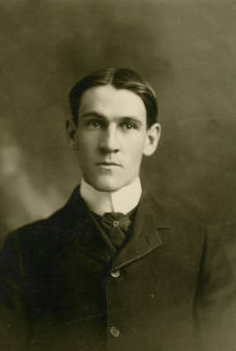 Edward Vernon Howell, pharmacist, university professor, banker, and founder and dean of The University of North Carolina School of Pharmacy, was, according to John Grover Beard, his successor, "the most distinct personality Chapel Hill has ever known." Born in Raleigh, he was the son of Virginia Carolina Royster and the Reverend James King Howell, a Baptist minister of Welsh ancestry.

After graduation from the Selma Academy, young Howell entered Wake Forest College where he received the A.B. degree in 1892. At Wake Forest he was a football fullback for three years and captain of the team in 1890. He was also captain of the lacrosse team and winner of the "best-all-around athlete" medal. In his senior year, along with his sister, Emily Royster (later Mrs. P. B. Kyser of Rocky Mount, the first woman pharmacist in North Carolina), he passed the Board of Pharmacy examination for a license to practice in the state. For three months in the summer after graduation Howell got his first pharmaceutical experience at W. H. King Drug Co. in Raleigh. In the fall he entered the Philadelphia College of Pharmacy, from which he was graduated in 1894 with the graduate in pharmacy degree. A keen and enthusiastic researcher, Howell was offered a graduate scholarship in chemistry at Johns Hopkins University; however, because of financial reasons, he returned to North Carolina instead and went into partnership with his sister and brother-in-law, who operated a store, Kyser Drug Co., in Rocky Mount.

Meanwhile, at Chapel Hill, the newly installed university president, Edwin A. Alderman, was looking for someone to revive the defunct School of Pharmacy that had existed for short periods around 1885 and 1889. The position would pay a salary of twenty-five dollars a month, plus small commissions on the tuition fees of any students the new teacher could interest in his courses. Although this was not, perhaps, a brilliant prospect, Howell was an avid scholar and a man of vision. He accepted Alderman's offer, and in the fall of 1897 began the School of Pharmacy with one professor (himself) and seventeen students. For the next thirty years he watched it grow into a nationally recognized professional school with a maximum registration of 148; from a single room in New West, it spread by degrees until, in 1925, it occupied the entire old chemistry building, remodeled under his guidance and renamed Howell Hall in his honor. In 1897 Howell also registered as a graduate student and for two years pursued his studies in chemistry simultaneously with his teaching duties. 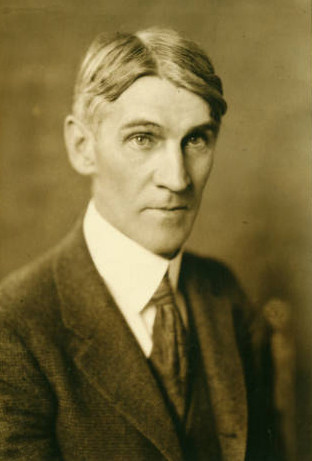 Dean W. W. Pierson described Howell as "the most versatile man . . . I have ever known," and the record confirms his opinion. In 1897 and 1898 (during the time when professors and graduate students could participate in college athletics), Howell was drafted to play on the Carolina football team. The rivalry between The University of North Carolina and the University of Virginia was already well established, and Virginia had won most of the previous matches. But in 1898 Howell turned the tide, becoming one of Carolina's immortals by running 55 yards through the whole Virginia team for the touchdown that ended the game with a score of 6 to 2 for Carolina. He also was a member of the Monogram Club and of the Faculty Athletic Committee.

From 1892 onward, Howell held continuous membership in the North Carolina Pharmaceutical Association and he attended every annual meeting except the one in 1900, when he was studying in Europe. Among his many positions in the association, he was a member of executive, legislative, and papers-and-queries committees, and a delegate (fourteen times) to the American Pharmaceutical Association (APA). A member of the APA from 1900 onward, he served variously as chairman of the Historical Section and of the Scientific Section, and a member of the Committee on Drug Reform. The year before his death he was named to the prestigious committee to revise the U.S. pharmacopoeia.

Howell early turned his attention to finance and was active in real estate and in the management of The People's Bank of Chapel Hill, of which he was president. When economic depression threatened the bank's security, he saw to it—at great personal sacrifice—that depositors were paid in full.

He had numerous hobbies, the most important of which, perhaps, was the collection of antiques—from furniture to old books and papers. Interested in folklore, he was a member of the American Folklore Society and a charter member of the North Carolina Folklore Society. His collected papers contain items relating to the breeding of English setters and to his registered bitch, Flora Belle. An enthusiastic deep-sea fisherman, he owned a boat and an entire island off the North Carolina coast where he had a cottage; there, friends would go for fishing and duck hunting in season. Howell loved to entertain, and was a genial and fascinating host; Foy Baker, his chef and houseman, was famous for his barbecues and turtle stews. For many years they gave a party at Halloween for two to three dozen neighborhood children with ice cream, candy, and a gift for each child.

Among the dean's outstanding qualities were his teaching skills. Students testified to his wit, kindness, vast knowledge, and ability in his lectures to make even a mass of scientific detail interesting. He invented numerous mnemonic devices (some humorous, some anecdotal) for their benefit. At the banquet celebrating the twenty-fifth anniversary of the founding of the School of Pharmacy, the classes of 1920, 1921, and 1922 gave him a gold watch to show their appreciation of his work.

Equally talented as a scholar, Howell devoted hours to private research projects. He was the author of fifty or more scientific articles, most presented at meetings of the North Carolina Pharmaceutical Association and the American Pharmaceutical Association. In addition, he was interested in historical research, especially that relating to his state or university. Howell was an indefatigable collector of historical documents, the bulk of which were given to the manuscript collection of The University of North Carolina after his death. There are papers relating to the Boylan and Benton families, to Daniel Boone, to Judge John Williams, and, most notably, to Henry Harrisse, on which Howell was working at the time of his death.

Howell was a Democrat, a Baptist, and a member of Sigma Alpha Epsilon (social) and Kappa Psi (pharmacy) fraternities, the Junior Order of Gimghouls, the Elisha Mitchell Scientific Society of The University of North Carolina, the North Carolina Literary and Historical Association, and the American Historical Association. In 1923–24 he served as vice-president of the Conference of American Pharmacy Faculties.

One Friday late in January 1931, Howell, after previously informing his class that he intended to visit friends in Raleigh, chalked a hurried note on the blackboard: "Goodbye, I'm gone." He never returned. During the weekend he developed pneumonia, and his niece, Mrs. Carlton Noell (Virginia Kyser), went to his home to direct his nursing care. He died two weeks later. Funeral services were held in Chapel Hill with interment in Raleigh. An oil portrait by William Wirtz hangs in The University of North Carolina School of Pharmacy.

History of the UNC Eshelman School of Pharmacy: http://pharmacy.unc.edu/about-us/history