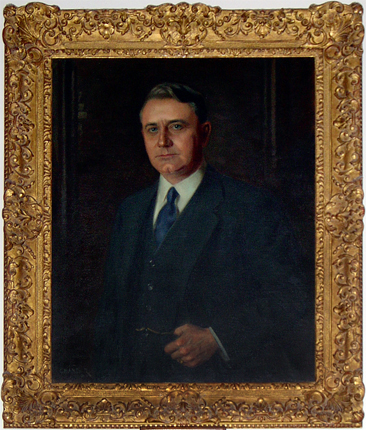 Arthur Carl Lee, engineer and construction company executive, was born in Anderson, S.C., the son of W.S. and Jennie Lind Williamson Lee. He completed his preparatory schooling at Anderson High School in 1904 and entered Clemson College in the fall. Following his graduation he enrolled in Cornell University, from which he received the degree of bachelor of civil engineering in 1910.

Lee began his professional career as an engineer with the Anderson Water, Light, and Power Company, where he worked for seventeen years on a wide range of construction and engineering projects for that and other subsidiaries of the Duke Power Company. In 1921 he became a registered engineer in North Carolina. The Piedmont and Northern Railway, an electrified line in the two Carolinas, and numerous hydroelectric and steam plants were built under his direction.

When James B. Duke and his family and associates were ready to build Duke University, they asked Lee to become the executive builder, responsible for all layout, planning, and construction of the vast educational and medical complex. He continued in that position through 1960.

In 1933 Lee created two private corporations: the Lee Engineering Corporation and the Lee Construction Company, both with headquarters in Charlotte. After retiring from the Duke University job, at age seventy-four, he devoted his remaining years to these two companies of which he was president and treasurer.

In 1913 Lee married Nellie Watkins of Anderson, S.C., and they were the parents of three children: Arthur C., Jr., Elizabeth (Mrs. E. Fred McPhail), and William Franke. He died in Charlotte and was buried there.

According the biographical note in the finding aid for the Arthur Carl Lee Collection at the J. Murrey Atkins Library Special Collections Library, UNC Charlotte, William States Lee, Jr., one of the founders of the Duke Power Company, was the brother of Arthur Carl Lee.