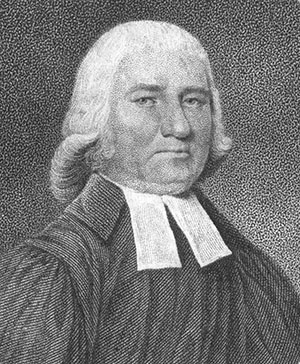 Alexander MacWhorter, Presbyterian clergyman and Revolutionary chaplain, was born in New Castle County, Del., the son of Hugh and Jane MacWhorter, both of Scottish descent but born in Northern Ireland. His parents settled in Delaware about 1730. In 1748, following the death of her husband, Mrs. MacWhorter moved with young Alexander to the western limits of Bladen County, N.C., in the area that in time became Mecklenburg County, where three of her children had already settled. The family property in Delaware was left in the care of a guardian. Young Alexander was exposed to impressive religious services of the Presbyterians, which "overwhelmed him with anxiety and distress." He left for West Nottingham, Pa., to attend school and resolved his religious concerns by joining a local Presbyterian church. At age twenty-two he entered the junior class at the College of New Jersey (then at Newark but moved to Princeton the following year) and was graduated in 1757.

About to return to North Carolina, MacWhorter learned of his mother's recent death and changed his plans. He remained in New Jersey to study theology and was licensed by the New Brunswick Presbytery in 1758. It was intended that he should return to North Carolina as a missionary in the region where he had friends and family, but a congregation in Newark requested that he become their pastor. He was installed in the summer of 1759 at age twenty-five.

Finally, in 1764 his appointment as a missionary in North Carolina was renewed, and he undertook an extensive tour of the colony. MacWhorter helped organize congregations along the Eno River as well as eight in the region around Sugar Creek Church in the newly created county of Mecklenburg. Several churches tried to persuade him to become their permanent pastor, but he declined. While in the colony he became ill from some malady that plagued him for two years, but a stay in Boston in 1766 served to improve his health. Declining further calls, including one to remain in Boston, he returned to Newark, where he found that his congregation had experienced several religious "revivals."

The Continental Congress on 20 Dec. 1775 assigned MacWhorter and Elihu Spencer the task of going to North Carolina to do whatever they could to persuade the residents with Tory sympathies to look with favor on the American cause. From Philadelphia on 4 Jan. 1776 William Hooper, Joseph Hewes, and John Penn, delegates to the Continental Congress and afterwards signers of the Declaration of Independence, wrote to Richard Bennehan in Orange County, expressing their respect for MacWhorter and his missionary colleague, Spencer, "as clergymen-gentlemen & Patriots," and asking for his "Civilities" on their behalf. In this undertaking, however, they seem to have met with little or no success.

In 1776 the Corporation of Yale College awarded MacWhorter an honorary doctor of divinity degree. During the winter of 1776–77 he joined General George Washington's army on the Pennsylvania side of the Delaware River and participated in the drawing up of plans to defend New Jersey. He was also present when Washington crossed the Delaware and surprised the Hessians. The following year he became chaplain to General Henry Knox's brigade, and Washington was often among those who attended MacWhorter's sermons. Later in the year, after his wife was struck by lightning and considerably weakened by the experience, he resigned his duties as chaplain to attend to his family.

It must have been very late in 1778 that the trustees of Liberty Hall Academy in Charlotte persuaded MacWhorter to become president of their school as well as pastor of the local Presbyterian church. The family had hardly become settled when the British invaded Charlotte in September 1780 and the MacWhorters were forced to flee, leaving behind nearly all of their possessions. MacWhorter eventually returned to Newark, where he was pastor until his death.

As a churchman MacWhorter contributed significantly to settling the confession of faith and in preparing the constitution of the Presbyterian Church of the United States. He was a charter member of the board of trustees of the church until infirmity forced him to retire four years before his death. Named a trustee of the College of New Jersey in 1772, he served during the remainder of his life, and after the school burned in 1802 he journeyed to New England to solicit contributions to assist with the rebuilding. His Collection of Essays, on a Variety of Subjects, in Prose and Verse appeared in 1797, while several of his sermons were published as pamphlets, including one in 1800 in memory of George Washington. Two volumes of his collected sermons appeared in 1803. Another sermon, published in 1807, included a history of his Newark congregation.

Joel T. Headley, The Chaplains and Clergy of the Revolution (1864).