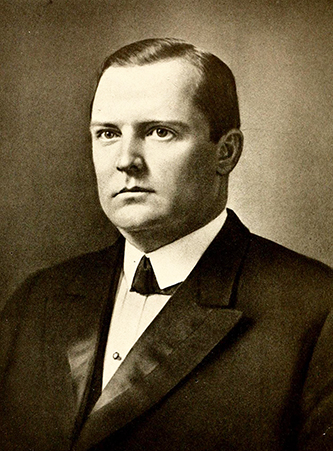 Isaac Melson Meekins, mayor, postmaster, general counsel for Alien Property Custodian, general counsel and manager of Enemy Insurance Companies, and U.S. district court judge, was born at Gum Neck, near Columbia in Tyrrell County. The son of Jeremiah Charles and Mahalah Melson Meekins, he was a member of the First Baptist Church, Elizabeth City. His father was a merchant, farmer, and banker in Tyrrell County.

On 23 Nov. 1924 Meekins was appointed district judge of the U.S. Court for the Eastern District of North Carolina by President Calvin Coolidge and served until 13 Feb. 1945. He was a special U.S. district judge in New York, Illinois, and other states by order of Chief Justice William Howard Taft. Judge Meekins traveled with Taft as a speaker after the latter became president.