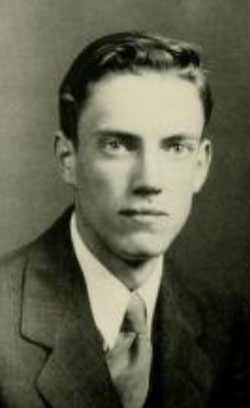 Banner Isom Miller, meteorologist, geophysicist, and an authority on tropical storms, was born in Lansing, Ashe County, in the northwestern corner of North Carolina. He was graduated from high school in Boone, received a B.S. degree from Appalachian State Teachers College there in 1938, and taught high school in Pinehurst during 1938–39. From 1939 to 1942 he was a weather observer, briefer, and analyst successively at Charlotte, Atlanta, Ga., Washington, D.C., and Brady, Tex. When the National Weather Service (now the National Meteorological Center) was formed in 1942, Miller was the first employee to report for duty.

During World War II he was a meteorologist at the forecast station at Elizabeth City, N.C. (1943–45), from which lend-lease aircraft were flown to Europe. He next was an international aviation forecaster in Baltimore (1945–46) and at LaGuardia Field, N.Y. (1947–48).

At the end of the war Miller pursued graduate study at New York University, where he received the M.S. degree in 1947. He served as principal assistant in the San Juan, P.R., Weather Bureau Forecast Office between 1948 and 1952 and in the San Antonio, Tex., office from 1952 to 1956. In the latter year he moved to Miami, Fla., as a hurricane research forecaster at the National Hurricane Center, where he served for four years. During that time he continued his graduate studies, receiving a Ph.D. degree from the University of Chicago in 1963. Still in Miami, he held a series of positions involving the investigation and prediction of hurricanes. From 1971 until his retirement in 1975, he was chief of research and development at the National Hurricane Center. There he developed numerical models for hurricane prediction and analysis, statistical prediction of the course of hurricanes, their structure and dynamics, energy transformations in tropical weather systems, and air-sea interactions. Miller was the first to discover why hurricanes weaken over land—the low-level inflow into a hurricane over land is chiefly a moist-adiabatic process causing a reduced energy source. This discounted the previous belief that increased friction caused the weakening.

Miller wrote a number of technical reports published by the U.S. Department of Commerce and in the journals and proceedings of such organizations as the American Association for the Advancement of Science and the American Meteorological Society. He also was the principal author of Hurricane Forecasting, a Weather Bureau manual. With Gordon E. Dunn he was coauthor of Atlantic Hurricanes, published by the Louisiana State University Press in 1960 and revised in 1964. In 1968 he received the Silver Medal from the Department of Commerce for his pioneering work in developing statistical hurricane prediction models.

His first wife was Sue Rice, whom he married in 1947. In 1973 he married Ailsa Eliza Lewis Luza. There were no children. A Presbyterian, Miller maintained a home in Boone as well as in Florida. He died in Miami Springs, Fla.