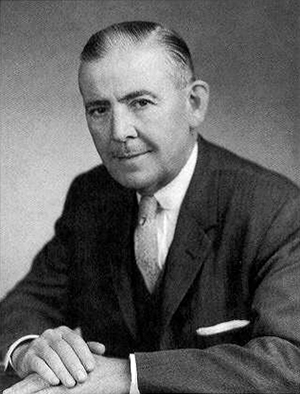 Lawrence Quincy Mumford, librarian of Congress, was born in the community of Hanrahan in Pitt County, the son of Jacob Edward and Emma Luvenia Stocks Mumford. Raised on a farm, he knew the hard work required to grow tobacco, cotton, and corn. In high school he won awards as an orator and a debater and received a scholarship to Trinity College (renamed Duke University before he was graduated). Entering Trinity in 1921, Mumford maintained his superior academic record and won honors not only in debating and public speaking but in drama as well. He worked for three years as a student assistant in the library and after graduation joined the library staff while he pursued a master's degree.

From the Duke University library, Mumford went to New York in the fall of 1928 to enter the Columbia University School of Library Service. At the end of the one-year course he accepted a position at the New York Public Library, where he worked from 1929 to 1945, rising to the position of executive assistant and coordinator of general services. In 1945 he became assistant director of the Cleveland, Ohio, Public Library, and from 1950 to 1954 he was director. During these years he took occasional leaves of absence for special work elsewhere, such as lecturing on library science and directing the processing department at the Library of Congress. While in Cleveland he taught library science for eight years at Western Reserve University.

In 1954 he was appointed librarian of Congress. The first professionally trained person to be named to that post, Mumford set about to regain the confidence and support of Congress for the library. At the same time he increased the efficiency of its operation and improved the organization of its staff. Under his direction, the Library of Congress enhanced its position of leadership in the profession, encouraged creative projects, and offered an even wider range of professional services to the nation's libraries as well as to government officials, scientists, scholars, and others with a need for information. The Madison Building, an addition to the Library of Congress, stands as a monument to his service to the nation.

Quincy Mumford was long active in the Association of Research Libraries and played leading roles in numerous other national organizations. He was president of the American Library Association from 1954 to 1955 and a member of the advisory committee for the publication of the papers of George Washington and Woodrow Wilson. He also was a member of the Federal Council on Arts and Humanities and served on the board of trustees of the John F. Kennedy Center for the Performing Arts, of the Historic American Buildings Survey, and of the National Trust for Historic Preservation. For countless other groups he was a trustee, a member of the advisory board, or a director or assisted in some other capacity. In 1963, when North Carolina observed the tercentenary of the granting of the charter of Carolina to the eight Lords Proprietors, Mumford was a member of the Carolina Charter Corporation. He contributed to numerous professional and scholarly journals and often spoke easily and effectively before various audiences. In addition to his earned degrees, he was the recipient of ten honorary degrees.

In 1930 Mumford married Permelia Catherine Stevens, and they became the parents of a daughter, Kathryn. Permelia Mumford died in 1961, and eight years later he married Betsy Perrin Fox.